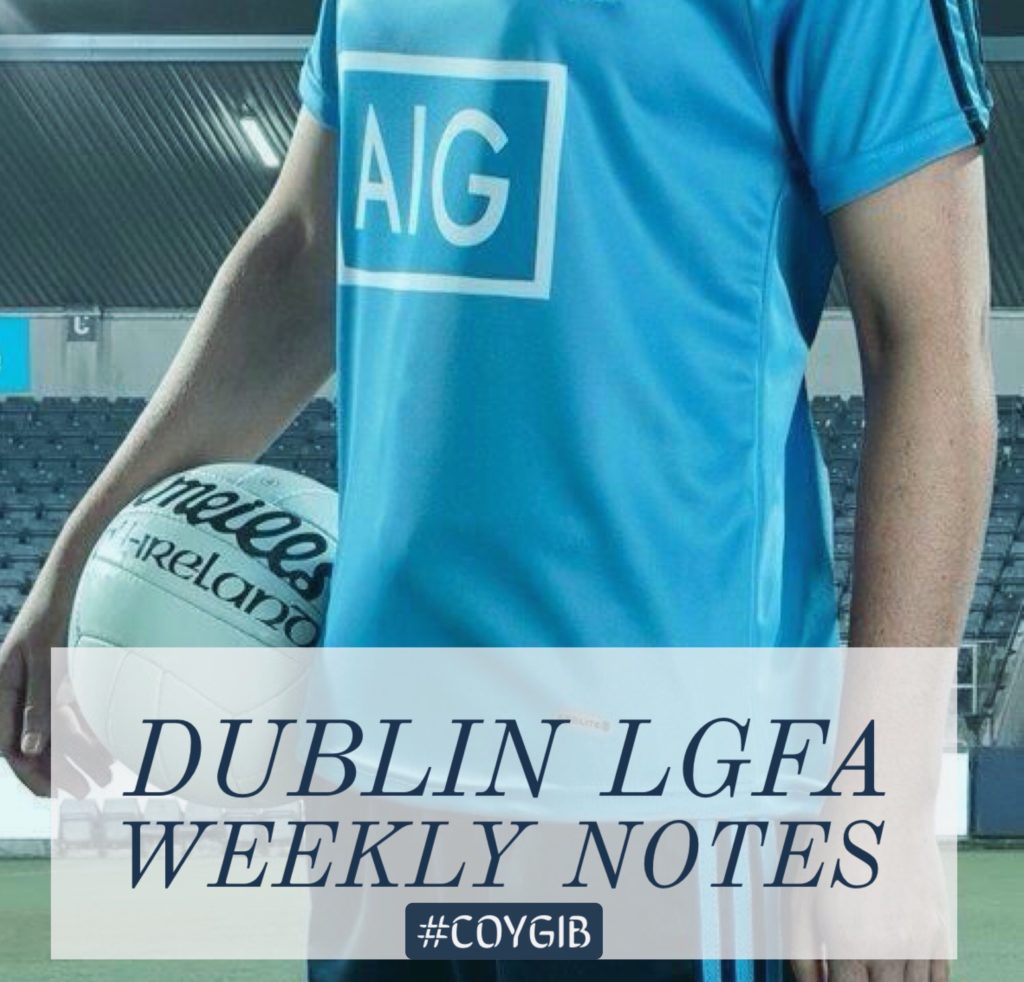 What a tremendous weekend for club football in the Capital as both Foxrock Cabinteely and St Maurs qualified for their respective All Ireland semi-finals with victories over St Laurences and Glasgow Gael respectively.

On Saturday Dublin Junior champions St Maurs recorded a 4-14 to 1-07 victory over Glasgow Gaels to set up a home semi-final meeting with Latton O’Rahillys of Monaghan on November 20th next.

Nomination forms for forthcoming Dublin U14 trials have been issued to clubs and must be returned to the Dublin LGFA office by 5pm on November 9th next.

Junior B to G Championship clubs are requested to return their nomination for the Junior Dub Stars by November 21st to info@dublinladiesgaelic.ie

Details on round 2 of Dublin U16 trials will be issued to all club Secretaries / team mentors this coming Wednesday November 9th via email. Trials will continue this coming weekend the 12/13th of November.

Our Dublin U14 and U16 medal presentation and Player of the Year awards will take place on Friday November 18th at 7.30pm in Clanna Gael Fontenoy GAA club.

Tickets (€45) are now available to purchase from Kathleen Colreavy for our Annual Awards night which is taking place on November 26th in the Gibson Hotel, Point Village. On the night we will have the presentation of medals to our senior, U21 and minor teams along with the announcement of the Player of the Year awards. Our MC on the night will be Joanne Cantwell of RTÉ sport.

Wishing our eight All Star nominees Olwen Carey, Leah Caffrey, Sinead Goldrick, Sinead Finnegan, Carla Rowe, Noelle Healy, Lyndsey Davey and Sinead Aherne all the very best of luck this coming Saturday as the 2016 All Stars are announced at the LGFA Gala Banquet in City West.