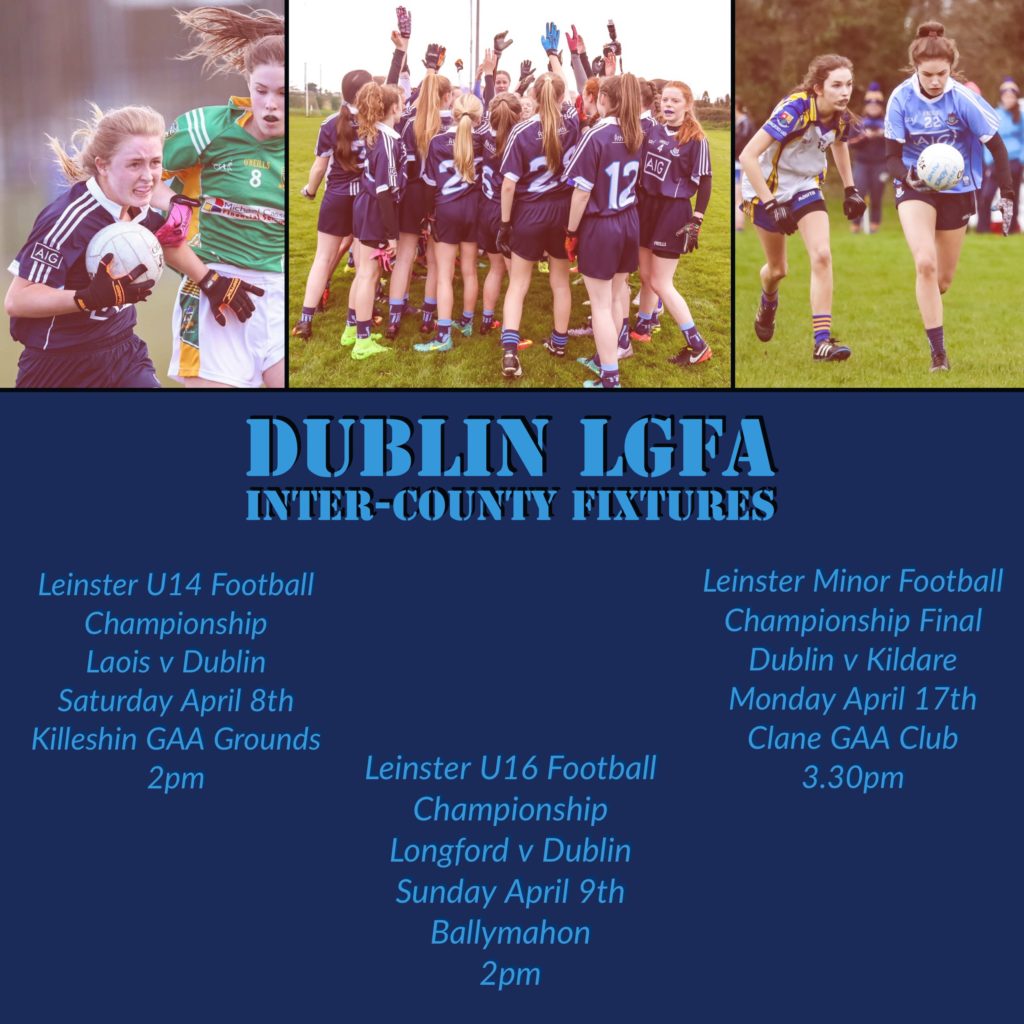 The Dublin Ladies Football U14, U16 and Minor squads have some big games coming up over the next two weekends.

The U14 and U16 squads are both in Leinster Football Championship action this weekend.

The U14 squad are first up as they travel to Killeshin GAA Grounds to take on Laois with the game down for a 2pm throw-in.

Declan Darcy’s side enjoyed an emphatic win over Kildare in their opening game and followed that up with a hard fought draw against Meath.

Laois head into the game on the back of a much needed victory against Kildare after losing their opening game against Meath. Victory is vital for both sides and having raised 27 green flags between them, Saturdays game could be another goal fest.

On Sunday it will be the turn of the Dublin U16 squad to go into battle as they travel to Ballymahon to take on Longford at 2pm.

The U16’s will be aiming to make it three wins from three after victories over Meath in the first round and Laois in the second round.

Dublin will be favourites to claim the win against a Longford side that has suffered two heavy defeats in the previous rounds against Laois and Meath.

The Leinster Council have also confirmed the details for the upcoming Leinster Minor Football Championship Final between defending Champions Dublin and near neighbours Kildare.

This seasons provincial decider will take place on Easter Monday April the 17th in Clane GAA Club with the game down for a 3.30pm start.

Dublin’s path to the final included an easy win over Longford in the quarter final and that was followed with a hard fought victory over Meath in last weekends semi-final.

Kildare have reached the Provincial decider thanks to victories over Laois in the quarters and had three points to spare over Westmeath in their semi-final last Saturday.

It should be an intriguing and exciting final on Easter Monday between two very good attacking sides and is certainly a game not to be missed.