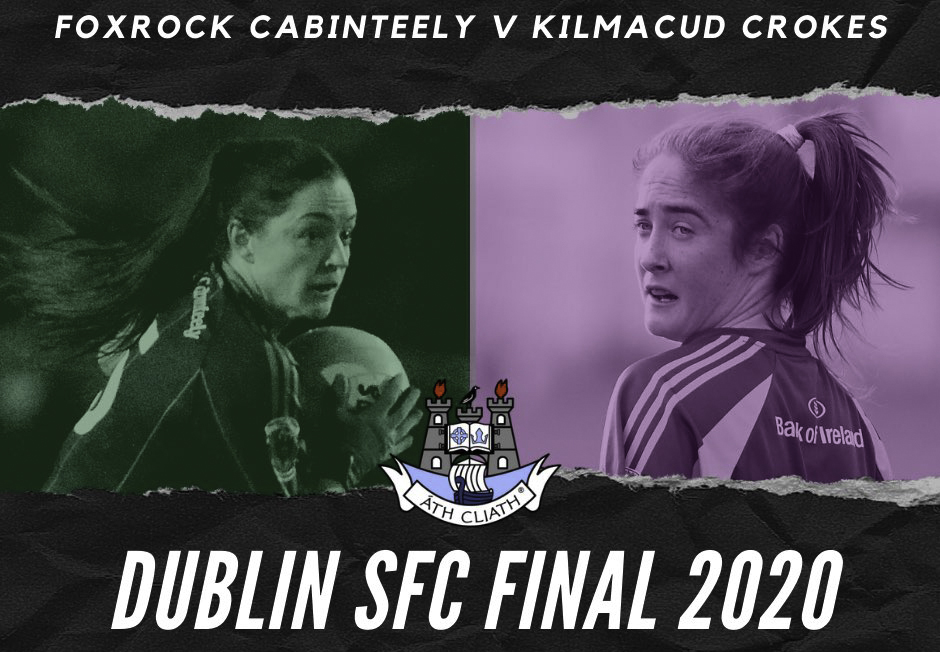 This afternoon’s Dublin LGFA Senior County Final will be a repeat of the 2019 decider. Foxrock-Cabinteely and Kilmacud Crokes both won their respective semi final battles recently. And this is set to be a colossal clash.

Boden manager, Valerie Mulcahy powered the challengers to the dream start, scoring two goals within the first five minutes. But Fox-Cab kept calm and responded. Goals from Sinéad Loughran and Andrea Murphy by the 10 minute mark saw them settle into the game.

Former Dublin star Natalya Hyland was influential for Boden. She had tied matters just before the first water break. An excellent goal from Wexford native Aisling Murphy edged Fox-Cab in front as half-time approached, and a fourth major from Loughran ensured it was 4-6 to 2-5 in favour of the champions at the break.

Through the second half, Dublin’s All-Star defensive duo Sinéad Goldrick and Niamh Collins were impressive for the victors, as was former county player Amy Connolly, who came off the bench. Sarah Reilly scored Boden’s third goal early in the second period while Rachel Ruddy excelled in defence. But Fox-Cab had too much in the end as they ran out six-point winners.

In the other semi-final meeting, Crokes enjoyed a lightning start while Northsiders Na Fianna struggled early on.

Buoyed by the likes of defender Leah Caffrey, Lucy Collins and Hannah Tyrrell, Na Fianna showed just how they’ve rebuilt back into Dublin’s top four of late and got back into the game. But Kilmacud, with big names of their own in Lauren Magee, Eabha Rutledge, Molly Lamb and Aoife Kane in their ranks pushed on to book another final date.

The all southside decider will take place this afternoon in Lawless Memorial Park, Swords. It will be streamed by Dublin LGFA. But we’ll be live from throw in at 4:00pm this afternoon bringing you score by score updates on www.twitter.com/wearedub. Also don’t forget you can find all the post match reports and analysis from the game right here and on www.facebook.com/wearedub.