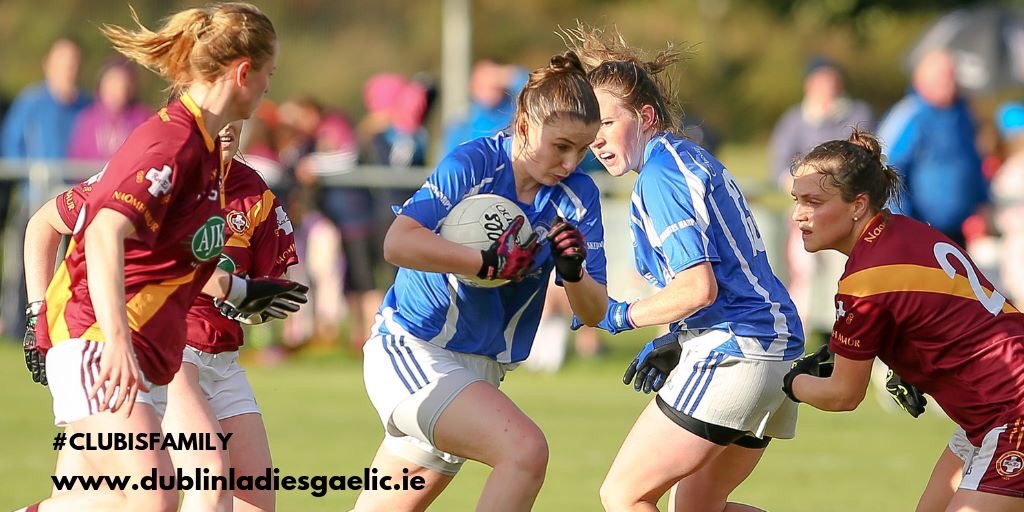 Another Wednesday night rolls around and another vital round of games in the Dublin LGFA Junior G, Junior H championships and adult league and cup competitions.

There are two games in Group A of the Dublin LGFA Junior G championship, Shankill welcome the visit of Man O War B to Stonebridge.

It’s a must win game for both sides, it’s particularly Man O War B who sit bottom of the group on one point from the two group games to date, a loss this evening ends their championship hopes for this year.

Shankill sit above them in third place with three points on the board from their two previous games. A win for the home side tonight will see them claim at least second spot in the group.

Group B of the Junior G championship sees the meeting of Scoil Ui Chonaill B and Erins Isle B. Both teams are looking for their first win in the group with both sides having lost their opening games against group leaders St Mary’s Saggart.

Ther is one game in Group A of the Junior H championship this evening with Erin Go Bragh facing St Judes B in Hunters Run Park at 7.30pm.

Both sides are level on three points apiece from their opening two games and it’s all to play for tonight as the winners of this clash will claim second place in the group.

Switching to the Adult Cup competition Naomh Barrog hosts Scoil Ui Chonaill in Division 3 and Castleknock B and Ranelagh Gaels go head to head in the Division 5 semi final.

There are also a number of games in the Dublin LGFA Division 4, 5 and 6 of the Adult League with all the fixture details of all tonight’s games below.