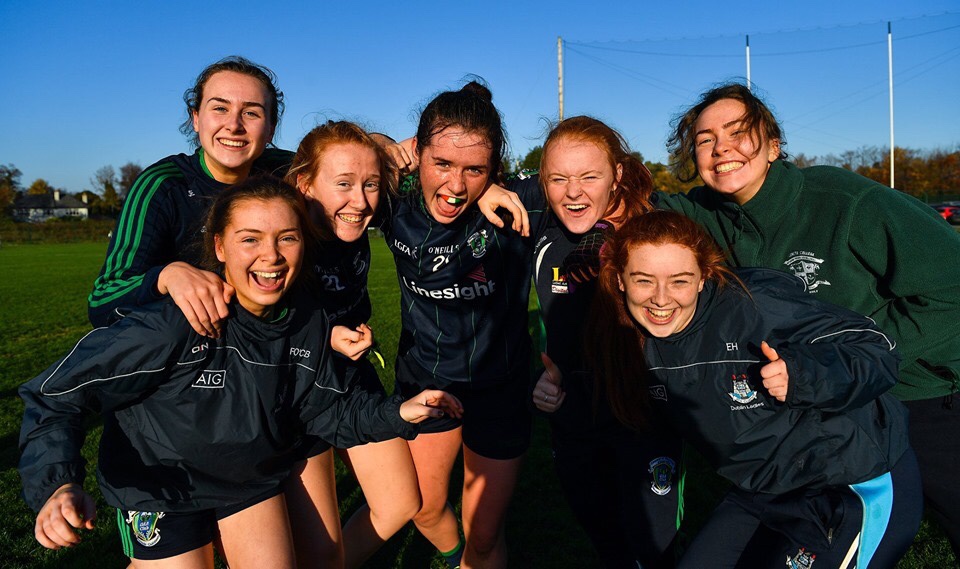 Following last nights Dublin LGFA club championship results a number of semi-finalists are now known while some clubs will have to wait a little longer to find out their championship faith with two rounds of fixtures down for decision on Wednesday the 29th of May and Wednesday the 5th of June.

Once all group games are completed there will be a clearer picture of all the semi-final pairings for the Senior, Intermediate, Junior A to Junior F championships.

There is a lot of championship football to be played yet with a number of clubs still very much in the hunt for a semi-final spot!

Reigning Dublin champions Foxrock Cabinteely as expected top group A having registered three group games victories. Clontarf, St Sylvesters and St Brigids are all tied on 3 points having won one out of their two fixtures played to date.

All group games are completed in their half of the senior championship with Kilmacud Crokes topping the group with three wins from three while Thomas Davis booked the second spot in group B following their one point win over Fingallians last night.

Eight teams contested the Intermediate championship of 2019 all group games are now complete and semi-finalists are known.

Cuala topped Group A and will play group B runners up Skerries Harps in the semi-final while Parnells will play Clanna Gael Fontenoy in the second semi-final which will take place in September.

The pride of Fingal, O’Dwyers and Man O War have qualified for the semi-final of the Junior A championship alongside Raheny and Templeogue Synge St.

The semi-final pairings are known for this championship with O’Dwyers playing Templeogue Synge St while Raheny will welcome Man O War to St Anne’s Park.

Currently, St Peregrines and Foxrock Cabinteely top the table in Group A of the Junior B championship they are followed closely by Ballyboden St Endas, Erins Isle and Scoil Chonaill who are all on three points apiece so still a lot to play for in this group. Ballyboughal and Kilmacud Crokes are out in front in Group B with two rounds of games still down for decision.

Group A has two final rounds down for decision on May 29th and June 5th at the moment Naomh Olaf and Whitehall Colmcille are top of the group.

Group B is complete with both Crumlin and Kilmacud Crokes safe in the knowledge they have a semi-final to look forward to come September.

Both groups have two rounds of fixtures still to be played. Ranelagh Gaels and St Monica’s currently top Group A while Naomh Mearnog tops Group B. Elsewhere in Group B there are four teams level on 3 points apiece, Craobh Chiarain, Ballymun Kickhams, Skerries Harps and Cuala – still very much to play for in this keenly contested group.

Similar to other championships two further rounds of fixtures remain in Group A which currently sees Stars of Erin and St Sylvesters topping the group. The semi-final pairings are known for Group B with Templeogue Synge St on nine points followed in second place by Wanderers on six.

Only one group game remains to be played in this championship. Round Towers Lusk are down to play Lucan Sarsfields on June 12th (TBC). Round Towers currently top group B with Clontarf placed second. Na Gaeil Oga finished on top of Group A with St Oliver Plunkett Eoghan Ruadh runners up.

As things stand the semi-final pairing is looking like Na Gaeil Oga v Clontarf and Round Towers Lusk v St Oliver Plunkett Eoghan Ruadh because should Lucan Sarsfields deny Towers a win they will still top the group on the head to head rule with Clontarf.

The Full List Of Last Nights Dublin LGFA Club Championship Results Are Below.

Junior A Championship Group A

Junior A Championship Group B

Junior B Championship Group A

Junior B Championship Group B

Carlow footballer and Dublin based nurse Róisín Byrne speaks of her...