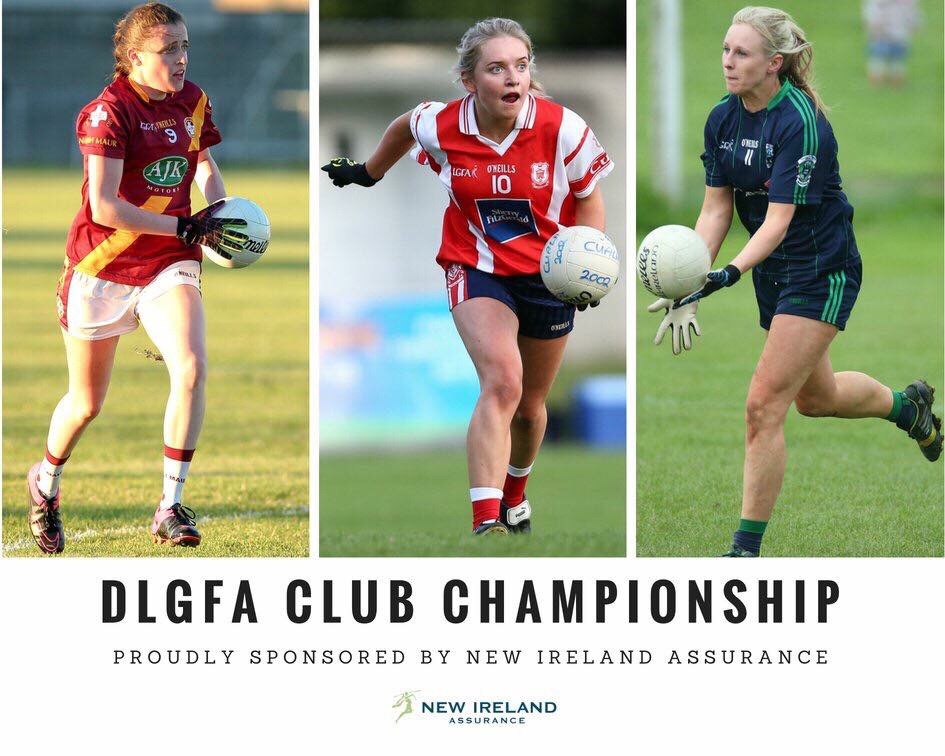 The second round of the Dublin LGFA/New Ireland Assurance Club Championships took place this week with games in the Senior, Intermediate and Junior Championships.

In the Senior Championship St Sylvesters and Clanna Gael Fontenoy faced off with both sides seeking their first championship win. A five goal return from the Malahide side secured their first win of 2018.

St Maurs had a great start to their maiden Senior Championship with a win over Clanna Gael Fontenoy the previous week and welcomed Kilmacud Crokes To Rush looking to build on their opening round win.

But the southside club who also enjoyed a good opening round 10 point victory over Sylvesters proved too strong for the Rush side finishing the game 17 points in front.

The anticipated meeting of Foxrock Cabinteely and St Brigids two sides who met and contested the 2015 and 2016 county decider didn’t disappoint.

The teams shared six goals between them in an absorbing contest. But it was the more experienced southside club that once again came out on top of the fixture and they had 12 points to spare at the final whistle but St Brigids will certainly taken plenty away from their performance on the night.

Na Fianna had a bye in the first round so this was their first championship outing, Ballyboden were involved in a first round thriller against Fingallians the previous week and had unfortunately came out the wrong side of a four point defeat.

Again the home side were involved in another tight game, but this time it was Ballyboden who grabbed the spoils on the night in a five point victory over the Mobhi Road outfit.

The final game in the senior championship was the meeting of Parnells and Thomas Davis. Both sides are young developing teams and tasted defeat in their opening round games against St Brigids and Foxrock Cabinteely respectively.

As the old saying goes, goals win games and that proved the difference on the night as the Kiltipper Road side hit seven majors in a 21 point win.

In the Intermediate championship all eyes were on the second round meeting of the two sides who are tipped as favorites to claim county honours Clontarf and Cuala.

Both sides had enjoyed first round wins so something had to give in this contest.

And it was the home side that made hay and stamped their authority on the fixture to run out comfortable 14 point victory on the night hitting four majors in a dominant display.

The other game in the Intermediate Championship was expected to be a close affair between Clann Mhuire and Skerries Harps.

Both sides were looking for their first wins of the campaign having lost their opening round game to Cuala and Clontarf respectively.

And the game couldn’t have finished any closer with both sides sharing the spoils in an eleven goal thriller which wasn’t shy on quality points either with the sides hitting 23 between them.

In another high scoring game it was the 2017 finalist who prevailed mainly due to the nine green flags they raised during the game.

In St Anne’s Park the home side Raheny were looking to claim their first win of the championship after suffering a surprise 8 point defeat to St Judes the previous week.

Their opponents this week Castleknock who had enjoyed a comfortable win over Croi Ro Naofa In round one.

It what turned out a very tight game the Raheny outfit were very unlucky to come out the wrong side of a one point game.

Yet another high scoring second round tussle took place in Marley Park between Ballinteer St Johns and Naomh Barrog.

Ballinteer had suffered a heavy defeat at the hands of Garda/ Westmanstown Gaels the previous week and were looking for a response in front of the home support.

Naomh Barrog arrived full of confidence after their six point win over Man O War in the first round.

And it was the visitors who made it two wins from two scoring the odd goal from the eleven that found their way to the back of the Marley Park nets that secured victory.

Man O War was the destination for the final championship game this week for the meeting of the home side and Garda/ Westmanstown Gaels.

Man O War lost by six points in their first round game with Naomh Barrog, while on the same evening Garda/ Westmanstown secured a thirty point win over Ballinteer and were favorites to make two wins in a row.

And that’s how it panned albeit not in such a comprehensive manner. Both sides managed ten scores on the night, but for Garda/ Westmanstown half of their scores were goals and they proved the difference at the final whistle.