There is a big night in store for many clubs across the county tonight with a swath of Dublin LGFA adult club championship round 3 fixtures taking place.

For some the result from tonight’s fixtures will either end their club championship journey prematurely or will keep them in the hunt for a place in the knockout stages.

In Group 1 Na Fianna welcome the visit of defending champions Foxrock Cabinteely to Mobhi Road for a highly anticipated contest.

Na Fianna got their campaign off to an impressive start last week with a comprehensive win away from home against St Sylvesters by 9-09 to 2-06 and will be in confident mood this evening for what will be a tough test.

Foxrock Cabinteely has a bye week last Wednesday evening but were equally impressive in their opening round game where they dispatched Thomas Davis by 6-15 to 0-07.

The side from Kilboggett Park will be favorites to claim the points on offer tonight but it won’t be easy against a Na Fianna side well capable of finding the back of the net if given opportunities and this one has all the hallmarks to be an exciting affair.

St Sylvesters and Thomas Davis go head to head in the other game in the group and with both teams still seeking their first points in the group it will be the end of the championship journey for whichever side loses this evening.

St Sylvesters have endured two heavy defeats so far in the competition. An eleven point loss to Clontarf in round one by 3-14 to 2-06 was followed by a twenty four point defeat to Na Fianna with the final score 9-09 to 2-06.

2019 semi-finalists Thomas Davis find themselves in the same boat after two opening round defeats.

In round one they ran into an rampant Foxrock team that proved too hot on the night and succumbed to a 6-15 to 0-07 loss that immediately put them on the back foot.

Davis will feel very unlucky they didn’t take anything from their round 2 thriller against Clontarf in Kiltipper Road last week which finished 3-13 to 2-11.

Those results leave the Tallaght side on the brink of exiting this year’s championship before the knockout stages.

Therefore they need to win both tonight’s game and next weeks encounter with Na Fianna to have any chance of coming out of the group and even then they may be dependent on the results in other games to claim a knockout place.

Sitting closely behind them on three points each with a game less played are last years finalists Kilmacud Crokes and Fingallians who last won the senior title in 2013.

Both those sides meet tonight in Pairc De Burca in what could be a pivotal game in the group.

Kilmacud Crokes had an impressive first outing in the competition last week away to Clanna Gael Fontenoy and easily dispatched their hosts by 4-19 to 1-09.

Fingallians on the other hand were involved in a tense tight battle in round one but eventually prevailed by a single score in a 2-09 to 1-09 win.

The feeling would be that the Swords outfit will need to repeat their dogged defence this evening and get a larger return up front to claim the points on offer tonight against a free scoring Crokes side.

Clanna Gael Fontenoy and St Brigids meet in the other game in Group 2 with both sides desperate to claim their first win of their campaigns.

The Ringsend outfit claimed the Intermediate title last season, but they have unsurprisingly struggled in this year at senior level as they adapt to the higher grade.

An opening round loss to Ballyboden St Endas by 3-10 to 0-12 was followed by a nineteen point defeat to Crokes and a third loss tonight will see them with nothing but pride to play for in their final group game.

Their opponents tonight St Brigids will wonder how they haven’t taken any points to date after two closely fought games in the first two rounds.

They followed a single score defeat to Fingallians by 2-09 to 1-09 was followed by a four point loss to Ballyboden after a titanic encounter in Russell Park last week.

With Crokes and Fingallians battling it out in the other group game a win for Brigids tonight could yet give them a slim chance of being in the shakeup for a knockout place.

The teams who will emerge from Group 1 of the Intermediate championship has already been decided with both Cuala and Castleknock through to the knockout stages.

Both sides meet tonight in Hyde Road-Dalkey and the outcome of the game will decide which team finishes first or second in the group.

Castleknock also enjoyed wins over the same two opponents, they beat Man O War in round one on a scoreline of 5-13 to 2-06 and followed that up with a 6-17 to 1-12 victory over Skerries Harps.

The other group game will see Skerries Harps host Man O War with both sides playing for pride and hoping to avoid a third straight defeat.

It’s still all to play for in Group 2 of the Intermediate championship with one knockout place still up for grabs.

St Maurs are already through from the group having won their opening two games and they will host bottom of the table Lucan Sarsfields who’s championship aspirations were ended last week with their defeat to Clann Mhuire by 2-18 to 2-15.

The Naul is the destination for the crunch game in the group as Clann Mhuire and Parnells battle it out for the final knockout place.

Clann Mhuire lost their opening group game to St Maurs by 6-06 to 1-06 but put themselves in the frame to make the knockout stages with a three point win over Lucan Sarsfields last week.

The visitors Parnells enjoyed a double score win over Lucan in round one with the full time score 2-12 to 1-06. But last weeks 4-13 to 3-14 loss to St Maurs in round two set up tonight’s winner takes all clash.

Tonight’s encounter will be a tense affair with so much on the line and this one could go all the way down to the wire.

Junior A Championship Group 1 Round 3 Fixtures

Group 1 enters its final round of games with three teams in the hunt for the two knockout places.

Ballinteer St Johns currently sit in top spot with four points from their two games. In second place also on four points are St Judes and just a point behind in third place are Raheny.

St Judes looked favourites to claim one spot as they travel to Garda/Westmanstown Gaels who have struggled in the competition and currently sit at the bottom of the group after two straight losses.

The visitors played out an intense and tight encounter with Ballinteer in round one which finished in a draw with the final score 4-09 to 3-12.

The Tymon North outfit followed that up with an excellent away win against Raheny last week which finished 4-19 to 3-11 to put themselves in prime position to come out of the group.

Their opponents tonight Garda/Westmanstown Gaels have suffered two heavy defeats in the competition, in round one they lost by nineteen points to Raheny with the full time score 3-23 to 1-10.

And last week they found Ballinteer St Johns too hot to handle and lost by 4-18 to 0-04. On current form they should suffer their third straight defeat on the bounce this evening.

That leaves a huge game in St Annes Park this evening as Raheny and Ballinteer St Johns battle it out for a knockout spot. With a point separating the sides Raheny must win the game, a draw or a win for Ballinteer will see them through.

Raheny are a formidable outfit on their home patch and well capable of racking up a large scoring return on their home patch. But Ballinteer have already proven with their battling display away to St Judes in round one to secure a draw that a trip away from Marley Park holds no fear for them.

It’s a high stakes game with championship advancement on the line and this could prove to be the game of the night and is too hard to call.

Junior A Championship Group 2 Round 3 Fixtures

The teams to emerge from Group 2 has already been decided after last weeks results with O’Dwyers and Naomh Barrog advancing.

Both sides meet this evening in Pairc Barrog to determine which team finishes in first and second place and with the possibility of a meeting later in the competition an opportunity to check each other out.

Naomh Barrog went goal crazy in their opening round encounter with Templeogue Synge Street to record a 7-10 to 3-14 win in an entertaining game.

That was followed last week with a much tighter win over Ballyboden St Endas B which finished 2-08 to 0-11.

O’Dwyers had a easier job against Ballyboden in round one dispatching their opponents by 5-09 to 1-05.

Templeogue proved to be more stubborn opponents in round two and O’Dwyers claimed a five point win thanks in no small measure to the three goals they scored in their 3-09 to 0-13 victory.

In the other group game Templeogue Synge Street will play hosts to Ballyboden St Endas B with both teams left with nothing but pride to play for and avoid exiting the championship without a point on the board.

The full list of all tonight’s Dublin LGFA adult club championship round 3 fixtures are below.

Fingallians B v Clontarf B

Shankill B v St Judes B 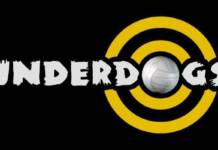 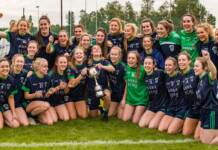 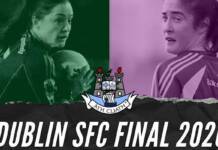 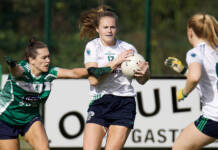 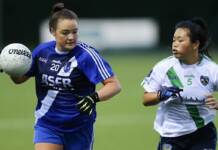 Noelle Healy And Sinead Aherne Return To Dublin Panel Ahead Of...