The Dublin LGFA club championships are coming to a conclusion this week and eight championship and shield final fixtures take place this evening.

The build up continues to the senior final which takes place on Saturday, but before that the senior shield final and championship and shield finals at Junior B, C, D and E take place this evening.

Four of the finals are available to view this evening via Live streams on the St Brendans, Naomh Mearnóg, St Sylvesters and Trinity Gaels Facebook pages.

Fingallians and Clontarf will face off this evening in Lawless Park at 6.45 in the senior shield final with both teams hoping to end their 2020 campaign with a piece of silverware.

Clontarf finished in third place in Group 1 of the senior championship and missed out on a championship semi final place by virtue of a one point loss to Na Fianna two weeks ago.

They put that disappointment behind them last week in the senior shield semi finals beating Clanna Gael Fontenoy by 5-16 to 4-09 to reach the shield final.

Fingallians were in Group 2 of the senior championship and similarly missed out on the championship semi final. So like there opponents tonight the senior shield was the only route to silverware.

Thomas Davis were the opponents for Fingallians in their shield semi final and the Swords outfit secured their final place with a 3-09 to 1-08 win.

Lawless Park is the home venue of Fingallians and they will hope that’s worth a couple of points to them tonight. Clontarf have amassed some large scoring totals in their games this year and are a very attack minded team.

Fingallians will need to keep it tight at the back tonight to give themselves a platform to claim the win because if Clontarf get a run at them early on they could run away with this one long before the final whistle.

The Junior B Championship final will be between Scoil Ui Chonaill and St Brendans in Longmeadows at 6.30pm.

Both sides emerged from Group 1 of the championship and both sides met each other in round 3 of the competition which Scoil Uí Chonaill won by 4-11 to 3-05.

Scoil Uí Chonaill faced St Peregrines in the semi finals and after a tense and competitive game they came out on top to claim their place in tonight’s final with a three point victory on a scoreline of 2-09 to 2-06.

St Brendans were up against Foxrock Cabinteely B in their semi final and an impressive twenty one scores from Brendans including four goals booked their place in the final courtesy of their 4-17 to 5-03 win.

In tonight’s final the one worry for St Brendans is the number of goals they concede. They conceded five last week in their semi final and four against their final opponents Scoil Uí Chonaill a couple of weeks back.

A similar concession of goals this evening will make it very difficult for St Brendans to claim the title, so although they have the forwards to rack up scores, they must get the balance right at the back or Scoil Uí Chonaill will have a field day and run away with this one.

The Junior D final between Garristown v Naomh Mearnog in Garristown also at 6.30pm and the Junior E final which involves the meeting of St Sylvesters B and Round Towers Lusk in Broomfield which also has a start time of 6.30pm.

The full list of all tonight’s Dublin LGFA adult championship and shield final fixtures are below. 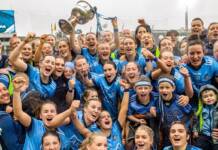 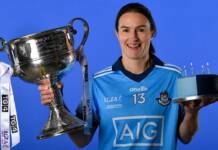 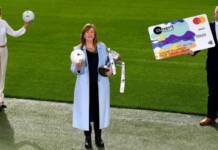 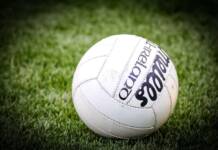 DUBLIN DOWN BY FIVE AT THE BREAK