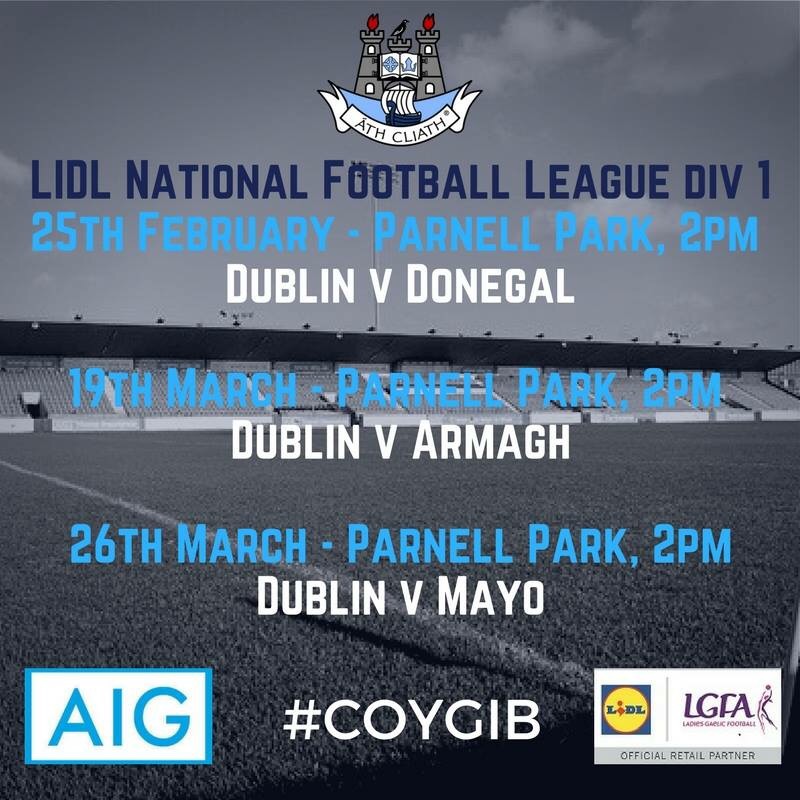 It was confirmed today though that Dublin’s remaining three home league fixtures will all take place in the spiritual home of Dublin GAA, Parnell Park. All the games have also been confirmed to have a 2pm throw-in.

And although there was a great crowd out in Naomh Mearnog yesterday watching Mick Bohan’s charges claim an opening round victory. The switch to Dublin’s county ground will further help to attract even bigger numbers of supporters for the senior ladies remaining home league fixtures.

The first of those home games is on the 26th of February against Donegal. The next home fixture will be on the 19th of March with a clash against Armagh.

Dublin’s Final home game will be a mouthwatering encounter against Mayo on the 26th of March. The last time the sides met was in last seasons All Ireland semi-final and it was a thriller, with Dublin coming out on top by a single point, scored from a free in injury time by this years Captain Sinead Aherne. If that game is anything to go by March’s encounter is one certainly not to be missed.