40 club championship round 1 fixtures will take place on Wednesday evening at senior, intermediate and Junior level

It will be an action packed Wednesday evening as 40 Dublin LGFA club championship round 1 fixtures are set to take place.

The playing fields of the county will host games at senior, intermediate and Junior level as clubs start their journeys and dreams towards ladies football championship glory.

Reigning senior champions Foxrock Cabinteely who are chasing a sixth title in a row get the defence of their title underway this evening against Thomas Davis at Kilboggett Park in Group 1 of the senior championship.

Both sides met in the semi-finals of last seasons competition. Thomas Davis led at the break by 2-05 to 2-02 and looked on course for a famous win. But Foxrock used all their guile and experience in the second half to secure at three point win with the final score 4-06 to 2-09.

Davis have looked in impressive form this year in the adult league cup competition and will provide a stern test for the reigning champions, this could be a very tight one at the finish.

The other game in Group 1 will see Clontarf host St Sylvesters in St Annes. The home side will be hoping that for the second time in a week to enjoy a win on their home patch after their adult league cup victory over St Brigids last Wednesday.

But their opponents St Sylvesters showed all their battling qualities on that same evening to secure a 1-14 to 2-10 win over Fingallians. Both sides have serious scoring ability in their ranks so tonight’s meeting has all the makings of a high scoring encounter.

In Group 2 of the senior championship Ballyboden St Endas have ambitions to return to the top of a competition they once ruled.

The ten times champions haven’t tasted success in the senior championship since 2010 and get this years challenge underway at home to Clanna Gael Fontenoy at Pairc Ui Mhurchu.

The Ringsend outfit claimed the intermediate club title last season and will relish their run in the senior ranks this year.

They are a difficult side to break down and they will need to bring their usual high work-rate and take this one into the trenches to secure a vital away win. Boden will be favourites on their home ground but Clanna Gael are capable of snatching something from the game.

The second game in the group is an intriguing one, Fingallians and St Brigids lock horns in Lawless Park at 7.30pm.

Fingallians are hard to beat on their home ground and the Swords outfit enjoyed an impressive win in round 1 of the adult league cup against Parnells by 5-08 to 1-11.

But despite a good opening half in round two they succumbed to a second half fight back by their opponents St Sylvesters to lose by a point on a scoreline of 1-14 to 2-10.

They will though be confident in familiar surroundings tonight to get their championship campaign off to a winning start and certainly have the firepower to do just that.

It won’t be an easy ask though as their opponents St Brigids are no pushovers and the 2019 finalists are capable of repeating another successful run in the competition.

Just like tonight’s opponents St Brigids enjoyed a first round adult league cup win by 6-06 to 2-10, but they also suffered a defeat in round two losing to Clontarf by 4-13 to 2-10.

Tonight’s encounter is a hard one to call on the form of the two teams during the adult league cup and there probably won’t be much between the sides at the finish but with home advantage on their side Fingallians may just shade this one.

In Group 1 of the Intermediate Championship – Castleknock host Man O War in Somerton and last years finalists Cuala get their campaign underway with a home fixture against Skerries Harps.

Junior A Championship Group 1 and 2

The Junior A Championship is also broken into two groups. In Group 1 Garda/Westmanstown Gaels will be home against Raheny and St Judes and Ballinteer St Johns will battle it out in Tymon North.

Group 2’s encounters involve the game between Ballyboden St Enda B and O’Dwyers and the final game in the group will see Templeogue Synge Street and Naomh Barrog go toe to toe in Bushy Park.

The full list of all this evenings club championship round 1 fixtures from the senior, intermediate and junior levels are below.

St Brigids B v Shankill B 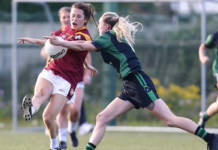 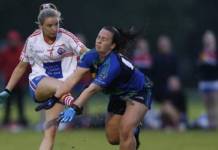 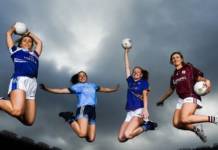 Dublin And Meath Square Up For Leinster Minor Championship Honours