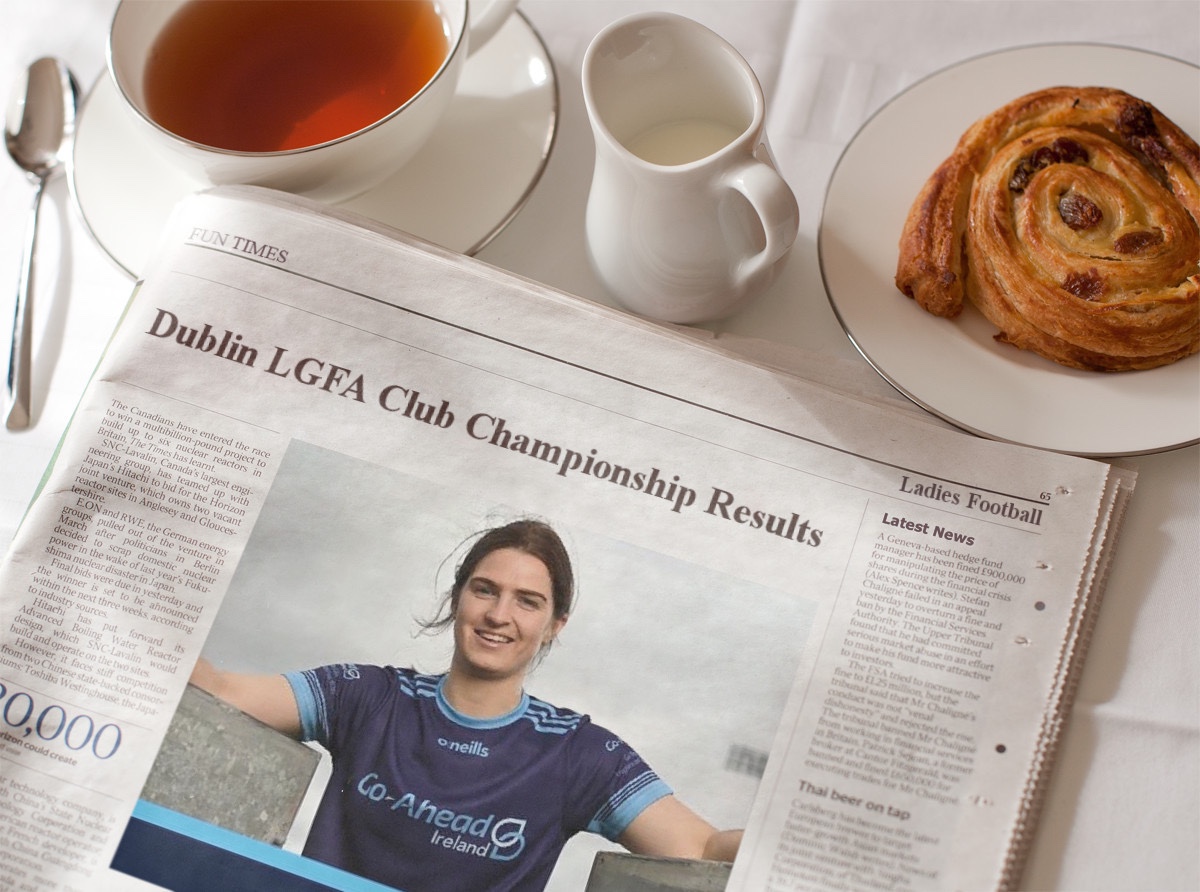 There were a number of key games over the last week in the Dublin Ladies Football club championship including tur battle for semi final places in the Junior A competition.

Games were split over two days beginning last Wednesday evening with four championship games in the Senior, Intermediate and Junior A levels.

On Wednesday in Group B of the Senior championship Ballyboden St Endas welcomed the visit of Fingallians for their round 3 clash.

Boden were aiming to continue their run of form in the championship with a third win on the bounce, their opponents Fingallians headed into the game looking for their first win in the competition.

After an entertaining game which produced six goals in the game it was Ballyboden who continued their unbeaten run in the competition securing a 3-18 to 3-07 win.

There were two games in the Intermediate championship last Wednesday one in each group.

In Group A Skerries Harps hosted Parnells with both sides very much in the hunt for a semi final place. The sides hit the net twice each in a competitive encounter, but Skerries ability to pick of point opportunities when they presented themselves seen then secure a 2-12 to 2-06 win and claim second place in the group.

The game in Group B involved Ballinteer St Johns and St Maurs. The scenario was simple whichever side claimed the win guaranteed a place in the championship semi finals and it was St Maurs who grabbed the opportunity raising five green flags during the game in a 5-20 to 1-13 win.

There was just one game last Wednesday in the Junior A championship as Group B opponents Clontarf B and Raheny met in the final group game locked on three points each and the semi finals within touching distance for both teams.

The teams kept the umpires busy during the game with eight goals scored during the game, Clontarf B though scored the majority with six to their name in a 6-13 to 2-07 win and can look forward now to a championship semi final.

The action then switched to Sunday with eight championship games across the Senior, Intermediate and Junior A grades down for decision.

There were two games in Group A of the Senior championship, Na Fianna opened their campaign with an important win in round one and were looking to make it two in a row against visitors Thomas Davis who had drawn their opening game against Clontarf.

By the final whistle both sides had eight scores each but as they say goals win games and Na Fianna finished with three goals to secure a four point win on a scoreline of 3-06 to 1-08.

The second game in Group A was between Kilmacud Crokes and Clontarf. Crokes who contested last seasons county final have had a tough start to this year’s competition losing both their opening two games.

Their opponents Clontarf drew their opening round game and then lost their next game to defending champions Foxrock Cabinteely so a win for both sides was vital and it was Crokes who finally recorded a win at the third attempt by the narrowest of margins with the final score 3-09 to 5-02.

There was one game in Group B of the Senior championship on Sunday as Clanna Gael Fontenoy and St Brigids met in Ringsend.

Clanna Gael Fontenoy lost their opening game to table toppers Ballyboden St Endas the previous week and were looking to make home advantage count against a St Brigids side who started their campaign with an impressive 5-17 to 4-05 win over Fingallians.

And it was Brigids who continued their solid start to the championship with another high scoring win with the final score 3-14 to 2-04 and sit second in the group behind Ballyboden albeit with a game less played.

In Group A of the Intermediate championship St Sylvesters hosted Clann Mhuire looking to build on their emphatic opening round win. Clann Mhuire were looking to bounce back from their unlucky one point loss to Parnells in round one.

Sylvesters though once again impressed and claimed the victory in a high scoring entertaining encounter with the score at the final whistle 4-16 to 2-12 and top spot in group.

Castleknock and Man O War met in Group B of the Intermediate championship on Sunday. Castleknock had beaten Ballinteer St Johns and St Maurs and already booked their semi final place so the pressure was off.

Man O War had lost their opening two games and were playing for pride and by the final whistle neither side could be separated with the game in a draw on a scoreline of 2-08 to 0-14.

It was all to play for in Group A of the Junior A championship on Sunday with three teams in the running for the semi finals.

Naomh Barrog went into Sundays final round of games top of the group with their destiny in their own hands as they welcomed third in the table Scoil Ui Chonaill to Pairc Barrog.

But it was the visitors who had the better of a tense battle and Scoil Ui Chonaill secured the vital win by 1-08 to 0-06 to secure top spot in the group.

And even worse for Naomh Barrog although O’Dwyers were narrowly beaten by Ballyboden St Endas B by 1-11 to 1-10, Naomh Barrog lost out on a place in the semi finals on score difference to O’Dwyers.

In Group B St Judes already into the semi finals traveled to play Templeogue Synge Street in the final group game for both teams. Although there was nothing at stake for either side in terms of the championship semi finals both teams put on an entertaining game which Judes won by 2-18 to 2-10.

The full list of last Wednesday and Sundays Dublin Ladies Football club championship results are below.

Sunday the 3rd of October