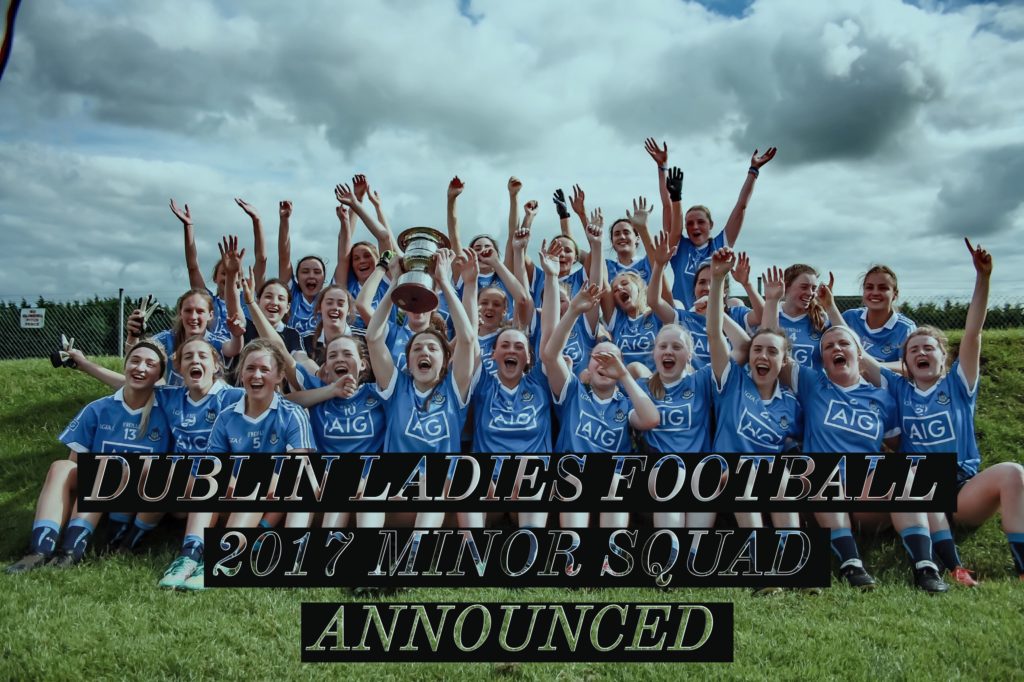 Dublin Minor manager, Martin McDonnell has announced his final 30 strong panel that will represent the County this season in the Leinster championship and hopefully on into the All Ireland series.

Siabh Hannigan from Parnells will captain the team with Shannon Murtagh from Fingallians taking on the role of vice-captain.

The Dublin minor management team would like to thank sincerely all the players that have taken part in the 2017 minor trials and training panel sessions. They would also like to acknowledge and thank the girl’s parents for ensuring that players were available for all sessions.

The management would also like to thank and acknowledge Clanna Gael Fontenoy, Parnell’s and Thomas Davis GAA clubs for the use of their facility’s for training and trial matches.

Finally we would wish all the players that participated throughout the process a successful and enjoyable 2017 season with their respective clubs.

Dublin will begin the defence of the Leinster minor crown on the 18th of March next when they take on the preliminary round winner of the Wexford versus Longford tie.

The players named below are requested to attend for a training session at 6pm on Thursday the 12th of January in DCU sports ground.