A roundup of this weekend’s Weekly Inter County Results 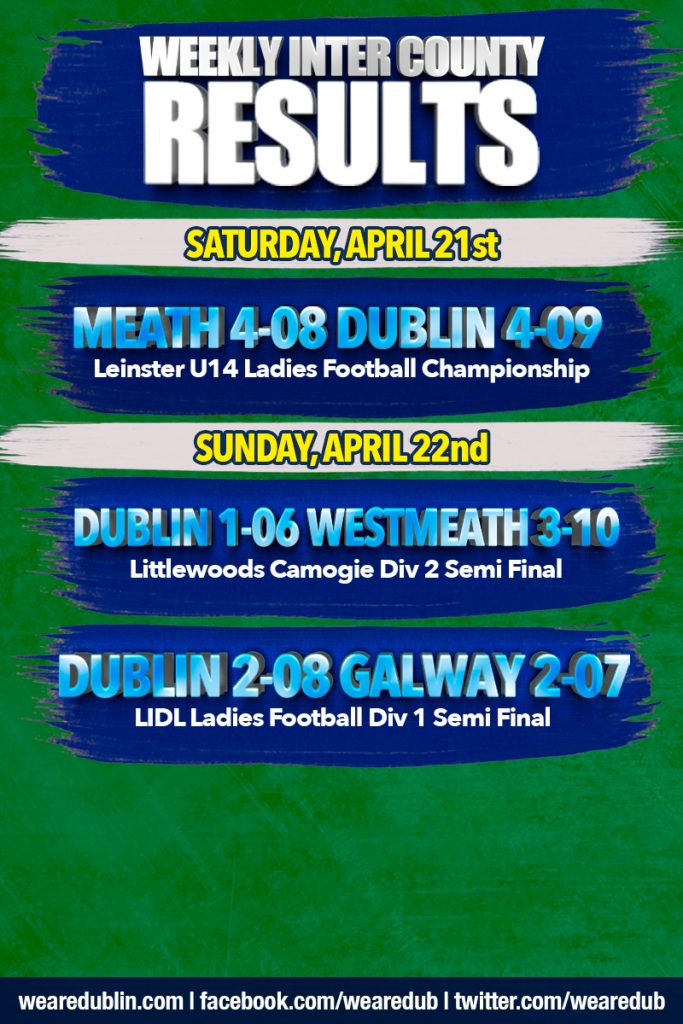 Another week over, and while it was quiet enough there were some important games yesterday and today for this week’s Weekly Inter County Results.

Yesterday afternoon Dublin’s U14 Ladies Football panel were victorious over Meath in the last of their Leinster Championship Round games. They finished two from three in this phase of the competition.

This afternoon we had good and bad results.

Despite a fantastic campaign in Division 2 of the Littlewoods Ireland National Camogie League, Dublin’s Premier Juniors were well beaten by Westmeath in their League Semi Final this afternoon. The girls in blue were unbeaten in their first year in this division until today, and we wish them well in the championship and for the rest of the year.

A dramatic finish in Kinnegad today saw Dublin’s Senior Ladies footballers beat Galway and qualify for their first league final since 2014. Dublin trailed for the entire game but a last minute goal from Nicole Owens saw them steal the victory.

Here is confirmation of all this weekend’s results.