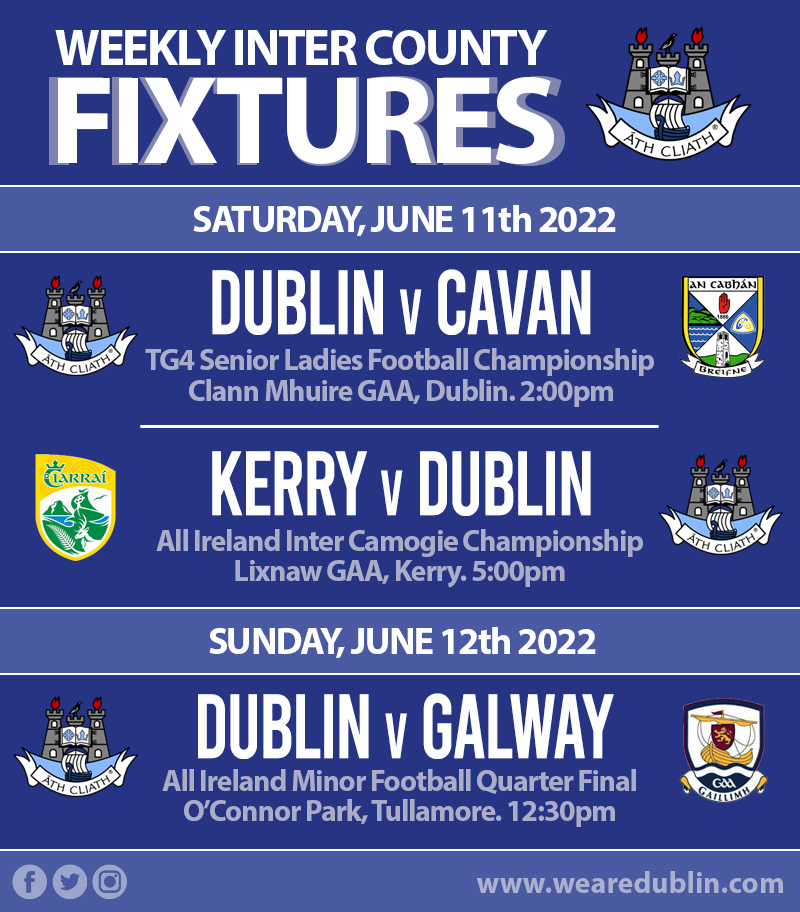 We start all over again. And with Dublin capturing the Leinster title recently, that determined theirs and Meath’s draw in this year’s TG4 Senior Championship. The provincial win put Mick Bohan’s side into Group A along with Cavan, Tipperary and Mayo. The draw gives each team a home tie, an away trip and a game at a neutral venue.

Tipperary will be Dublin’s away trip this year, with their game against Mayo to be played at a neutral venue. That means this Saturday, they will face Cavan on home turf. Clann Mhuire GFC will be the hosts for this fixture and Dublin will be looking to get their 2022 All Ireland campaign off to a winning start. Cavan were beaten Ulster Semi Finalists this year, losing to Donegal by 3-19 to 1-11. And they’ll want to make an impression on the Leinster Champions in Round 1.

Throw in at Clann Mhuire will be 2:00pm, and we’ll be on hand at the game to bring you live updates in case anyone won’t make the game.

Tickets are available for this game by clicking here.

Dublin’s Intermediate Camogie panel bounced back from their opening round game against Westmeath to record a 1-14 to 1-10 win over Laois at their Centre Of Excellence last weekend.

This will be the third straight away trip on the bounce for Jimmy Greville’s team and it’s a long journey down to Lixnaw GAA in Kerry for the girls. But there’s plenty to play for. Kerry are two for two having beaten Laois and Carlow ahead of this weekend’s action, and sit in second position in the Group 1 table behind Galway, who have played three games. A win for Kerry will maintain their unbeaten run and draw them level with Galway.

If Dublin can record their second win on the bounce it keeps them in the hunt for a knockout position before they finish the rounds with back to back home games.

Ticket’s for Saturday’s game in Kerry can be purchased by clicking here.

Leinster Minor Football Champions Dublin are poised to challange Galway for an All Ireland Semi Final slot. And so far Dublin have cruised through the Championship.

Round Robin wins over Louth, Laois and Westmeath saw Dublin leapfrog the Quarter Final stages and face Offaly in the provincial last four. A 2-13 to 2-04 win in that game saw them advance to face old rivals Kildare in the decider. And the Dubs needed an impressive second half performance against the Lillies to come from 0-05 to 0-04 down and win by 2-10 to 0-08.

Let’s hope that good fortune continues this Sunday on Tullamore and Dublin can advance to the All Ireland Semi Finals.

Tickets for Sunday’s game in O’Connor Park can be purchased by clicking here.

Stay tuned around the weekend when we’ll bring you news on teams and all the actions from all the weekend’s fixtures.