A quieter week but still a few fixtures to get out and enjoy. 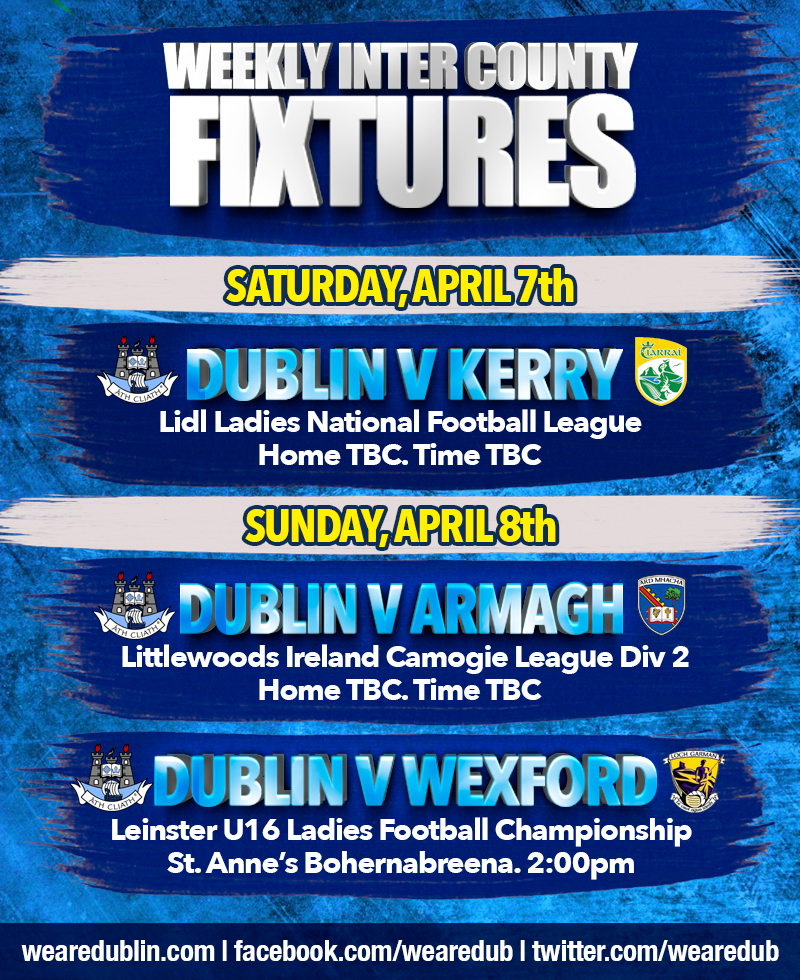 We’re just over the busiest weekend we’ve had in quite a while but there’s no rest for the wicked as they say. After the eight games we had last week, we were lucky only one was affected by the weather. And this weekend we have three fixtures over Saturday and Sunday to look forward to.

Having qualified for the Semi Finals of the Lidl NFL this year, Dublin’s Senior Ladies Football panel must complete their Round calendar and play a rescheduled fixture against Kerry that was originally to be played when the country was hit with severe snow a few weeks ago. Dublin will look to finish strong following their 5-14 to 0-10 victory over Monaghan in Clones on Sunday. Venue and throw in time have yet to be decided but we’ll update you as soon as we get confirmation.

Another fixture affected by the recent bad weather was the Little Ireland League Division 2 game between Dublin and Armagh. Dublin’s Premier Junior Camogie panel, who were last year’s Division 3 Champions have held their own, stepping up into Division 2 and a win on Sunday will guarantee them a Semi Final slot. This game will be played in Dublin, with venue and time still to be decided.

Finally, Dublin’s U16 Ladies Football team got their Leinster Campaign off to great start with a 1-11 to 0-07 win over Kildare in Hawkfield GAA at the weekend and their next game is against Wexford this Sunday afternoon. The girls will welcome Wexford to St. Anne’s GAA club in Bohernabreena at 2:00pm for this what is expected to be a fantastic battle.

And that’s it. A little quieter than previous weeks but still plenty to enjoy.

DCU’s Hannah Hegarty One To Watch During Ashbourne Cup Weekend