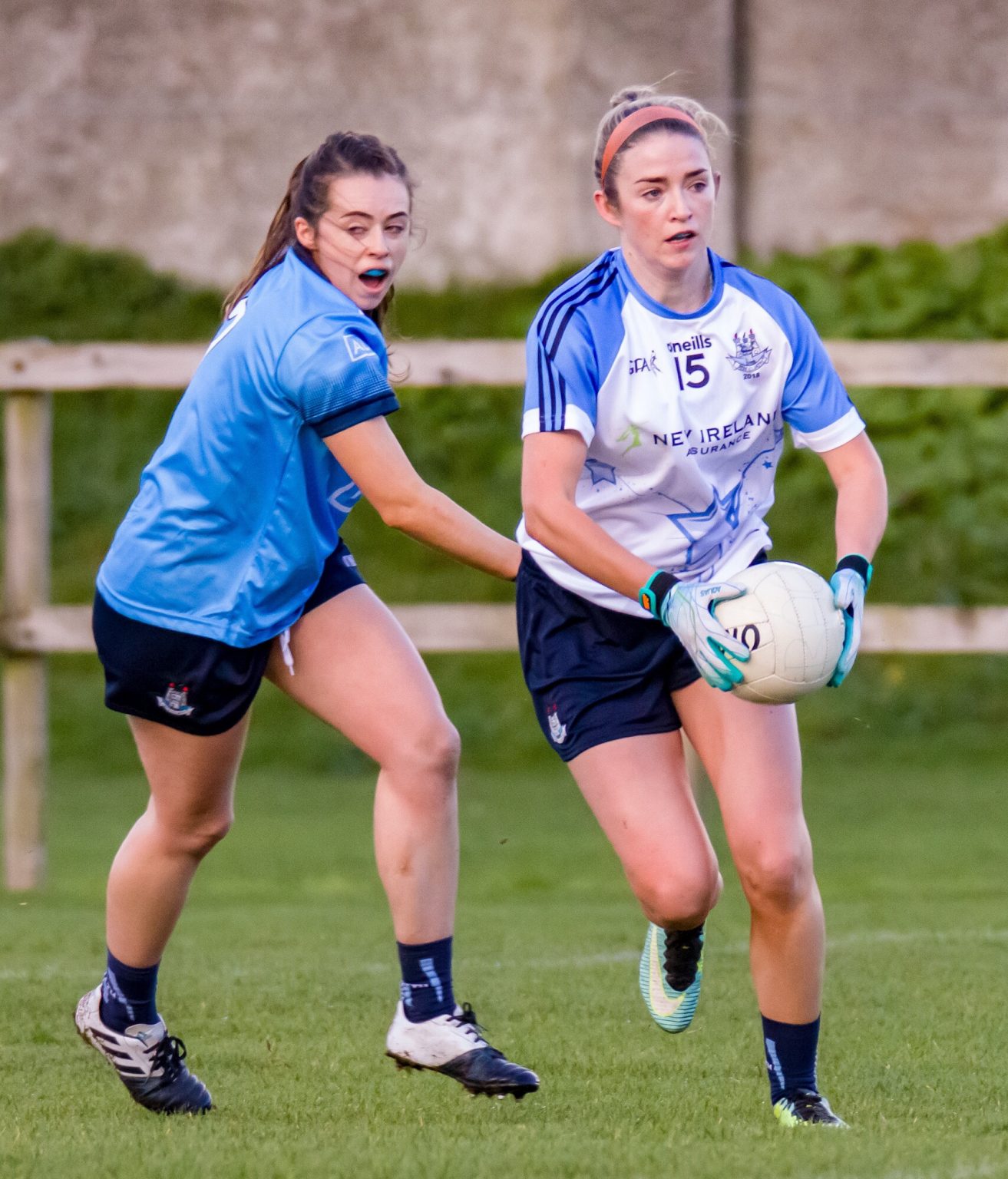 Already in a strong position courtesy of opening period majors by corner-forwards Siobhan Woods and Ciara McGuigan, O’Neill turned on the style after the break to make it a winning start to 2019 for the reigning All-Ireland champions.

The 2018 Dub Stars remained in contention for long stretches of the contest, with the Clontarf duo of Caoimhe O’Connor and Siobhan Killeen leading by example up front.

Their inter-county opponents were always expected to push on in the final-quarter, though, and they appeared to be in rude health ahead of the forthcoming National League campaign.

While there were a number of high-profile absentees, Sky Blues supremo Mick Bohan and his opposite numbers Ian Kealy (Foxrock/Cabinteely), Mick Cronin (Clontarf) and Ciaran Barry (Castleknock) were able to call upon a number of the Dublin squad from last September’s magnificent All-Ireland triumph over Cork. 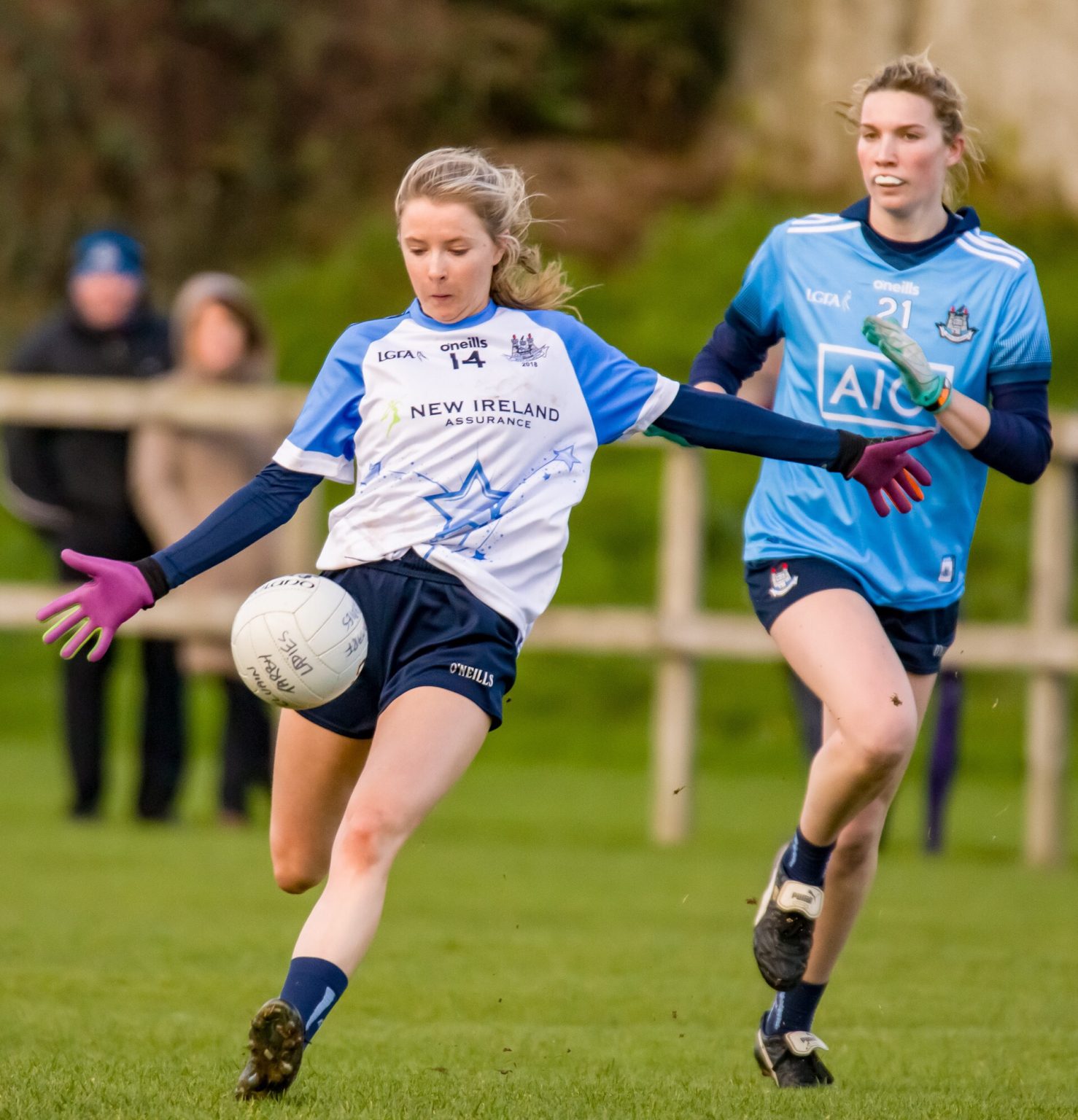 Between both sides, there was a 15 players that featured in the Dublin match day squad for that memorable success at Croke Park.

Despite lining out minus marauding wing-back Sinead Goldrick, the Stars were backboned by the likes of Olwen Carey, Niamh Collins, Lauren Magee and Niamh McEvoy.

Clann Mhuire’s Carla Rowe was one of the brightest sparks for Dublin during an unforgettable 2018 and she had Dublin up and running inside the opening 60 seconds with a fine point at the end of a prolonged move.

McGuigan was also on target for Bohan’s charges, before the Stars eventually opened their account through a McEvoy free. This was only a temporary respite for the club selection, however.

After she had an earlier effort cleared off the line, Woods was on hand to palm home for the opening goal of the game on eight minutes.

The Stars’ initial response to this hammer blow was impressive, McEvoy registered two points in quick succession to breathed fresh life into their challenge. 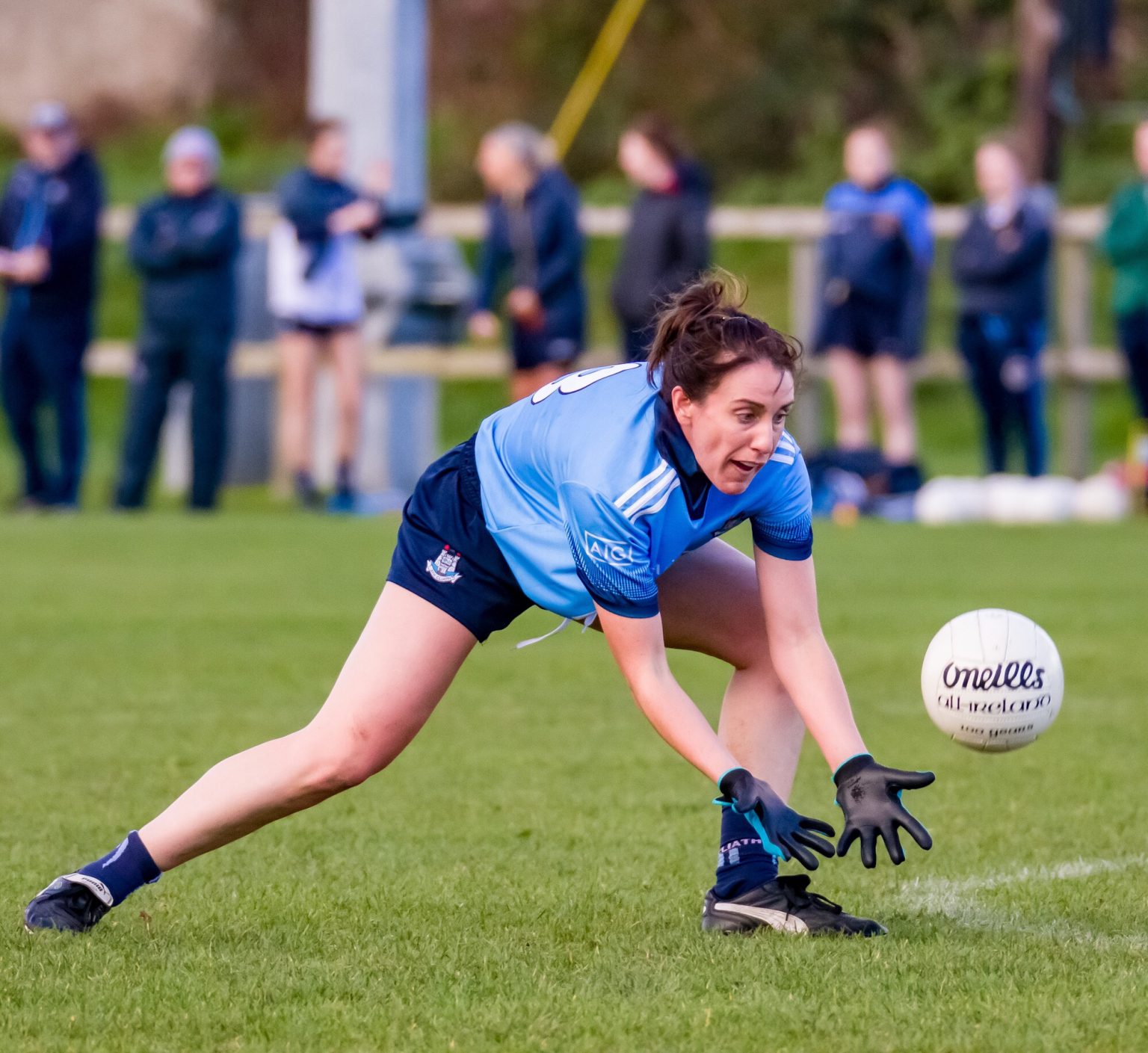 Yet, with Rowe exerting her considerable influence on the ’40’, Dublin re-established their superiority.

Following her close-range free inside the second-quarter, Rowe released the waiting McGuigan for a composed finish to the Stars net in the 21st-minute.

Just when it was beginning to look decidedly ominous for the Stars, they received a much-desired lifeline.

O’Connor picked up possession deep inside the Dublin ’45’ and was hauled down inside the square by retreating Dublin full-back Martha Byrne. Once she got to her feet, the dynamic ‘Tarf forward converted the subsequent penalty in spite of Ciara Trant’s best efforts between the sticks.

There was little let-up in the Dublin charge and they quickly regained their composure through Kate Sullivan and McGuigan points.

Nevertheless, there was some light at the end of the tunnel for Dub Stars, with O’Connor reducing their deficit to four points (2-5 to 1-4) at the midway stage with a stoppage-time point. 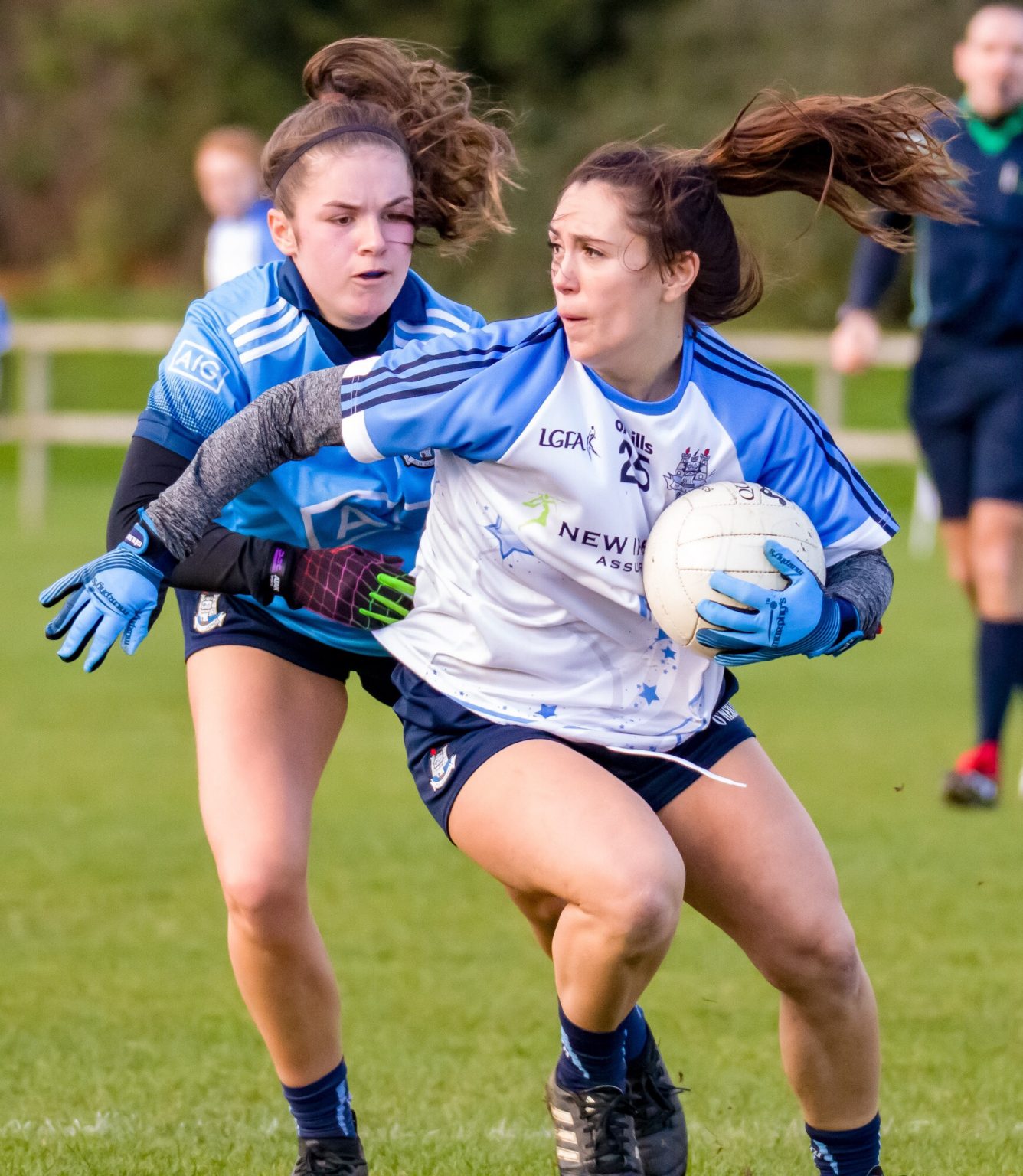 Having played against a strong breeze in the first half, Dublin were more prolific with the elements at their backs on the resumption.

Rowe’s third point of the game was cancelled out by Lucan Sarsfields’ Laura Quinn, before Dublin gradually started to pull away into a commanding lead.

Owens became the latest player to add her name to the scoresheet with a well-measured point, while Woods’ 0-2 salvo gave them significant momentum heading towards the closing-quarter.

2019 should prove to be a big year for Stars forward Killeen, who will be hoping to break into Dublin’s starting line-up as the months progress.

As well as being part of the all-conquering Sky Blues panel, 2018 was also a stellar year on the club front for the former Republic of Ireland soccer international.

She contributed an astounding 5-4 tally in Clontarf’s All-Ireland Intermediate Club Championship triumph last month, and chipped over a brace of points to keep the Stars in the reckoning on this occasion. 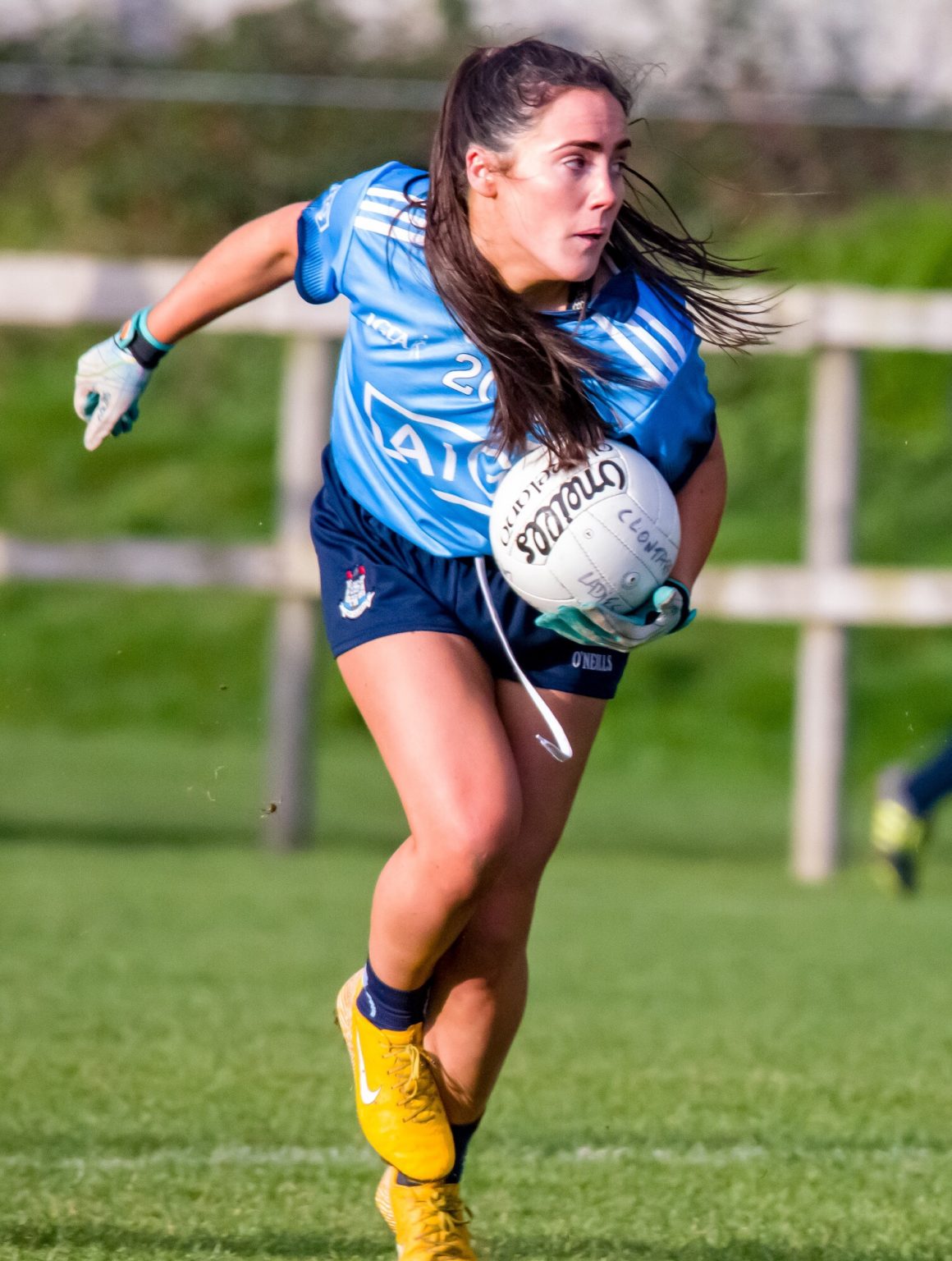 This served as a reminder to Dublin that the game was still up for grabs and they produced the goods in the closing minutes to ultimately place the outcome beyond doubt. Supplementing Rowe’s settling free, O’Neill kicked a rebounded shot to an empty Stars net.

Sullivan and O’Connor also traded scores in advance of a sublime O’Neill strike into the top left-hand corner of Tarpey’s goal.

It was just a matter of Dublin closing out of the game from here, though Stars centre-fielder Emma Sherwood did clip a nice point for her side.

The St Brigid’s ace combined effectively throughout with Lauren Magee who created inroads for the Stars at various stages with her hard running from deep positions. However, there was little she could do to halt the pace and power of her inter-county compatriots.

Emily Flanagan and McGuigan completed the scoring for Dublin on the stroke of full-time, leaving all of 13 points between the sides in the end. 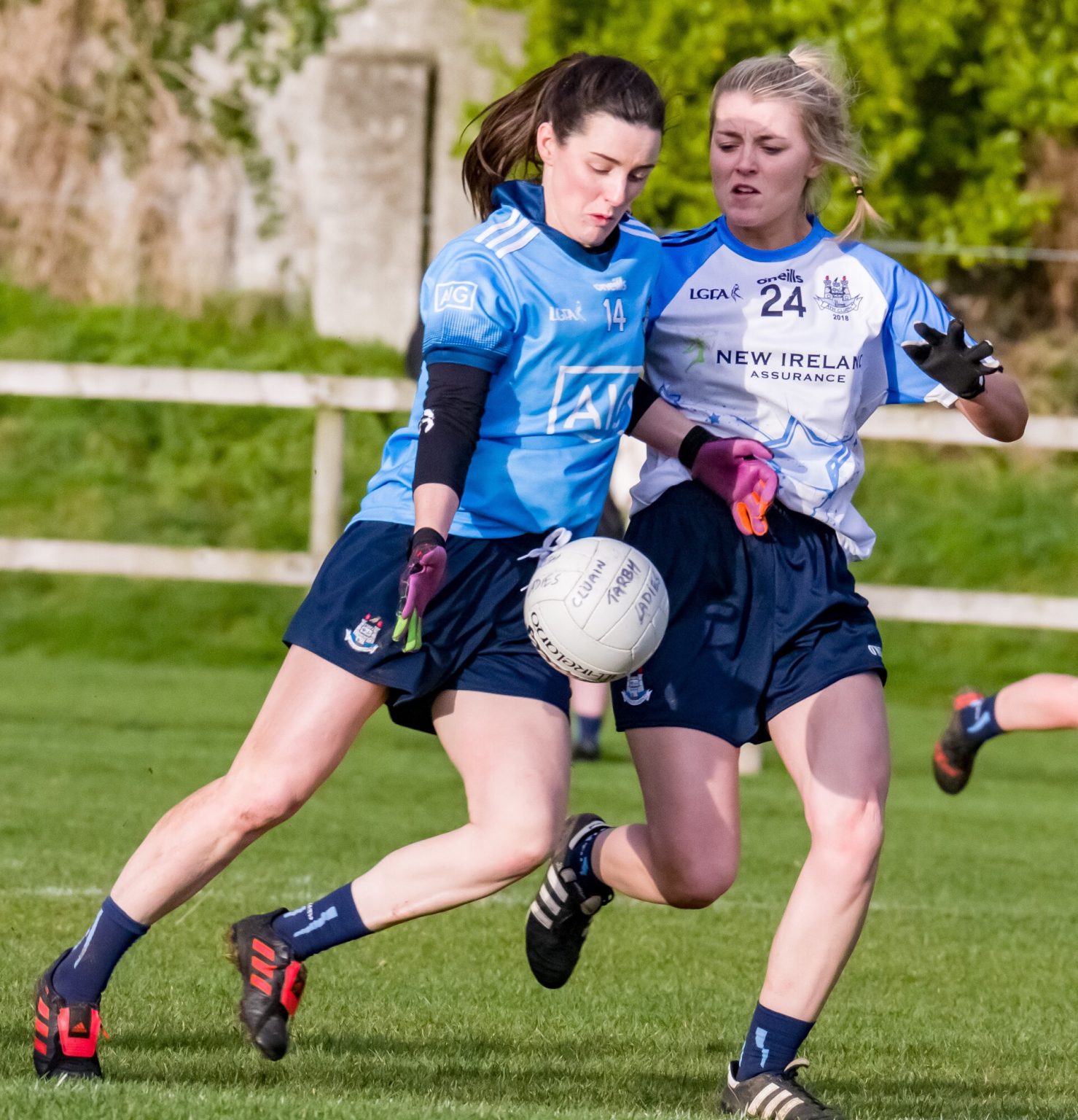 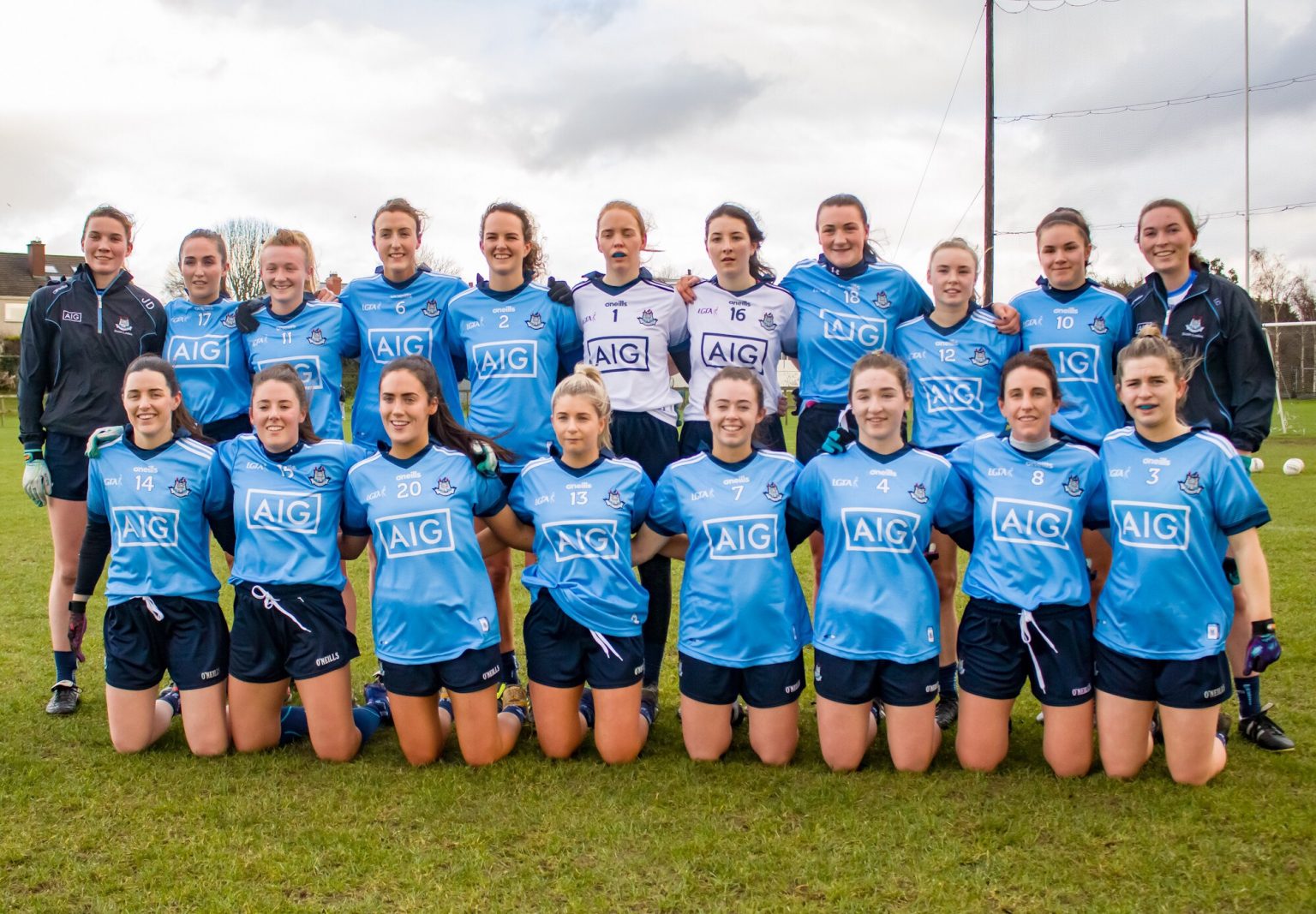 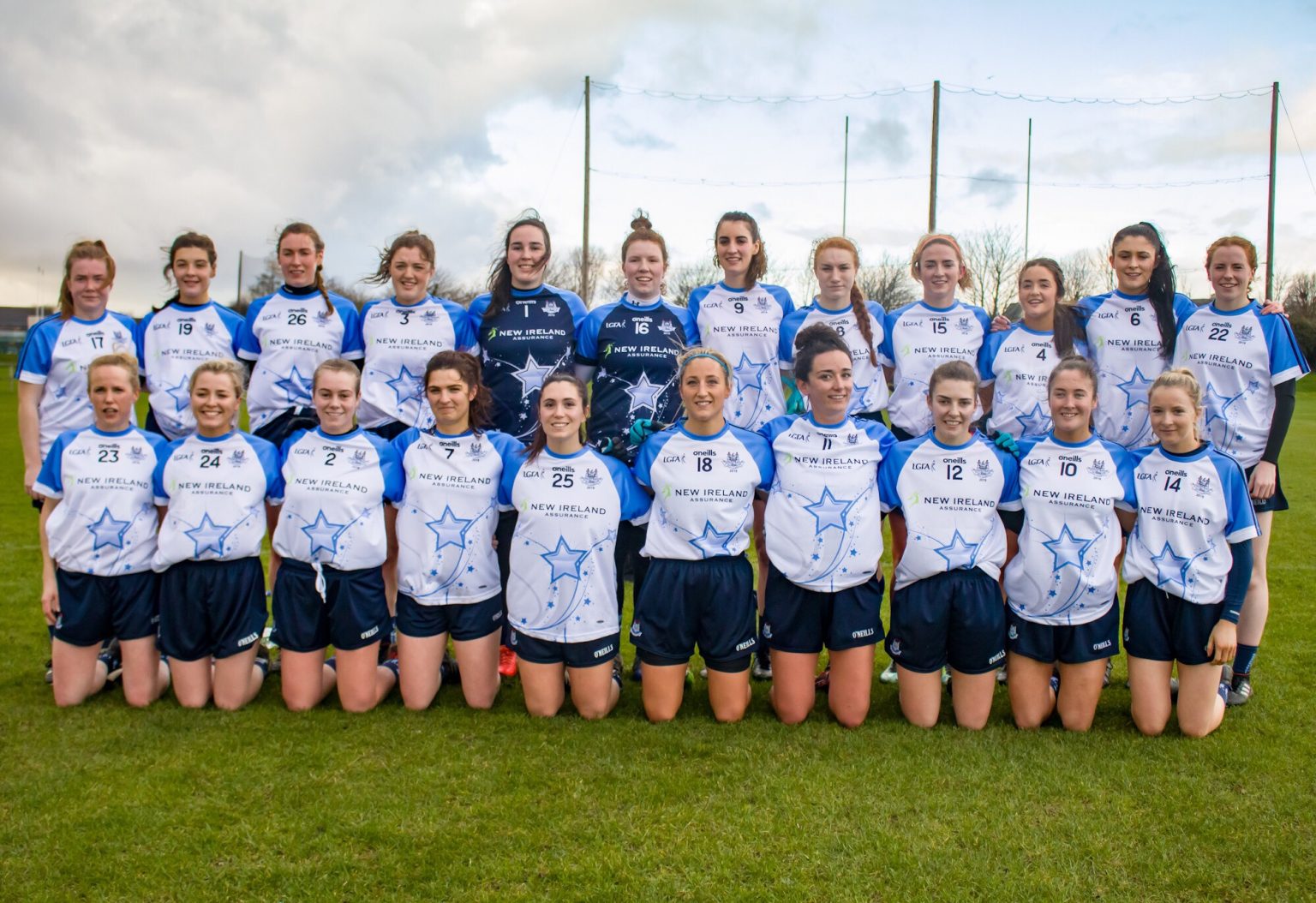 DUBLIN LADIES ONE WIN FROM FOURTH ALL IRELAND FINAL IN A...