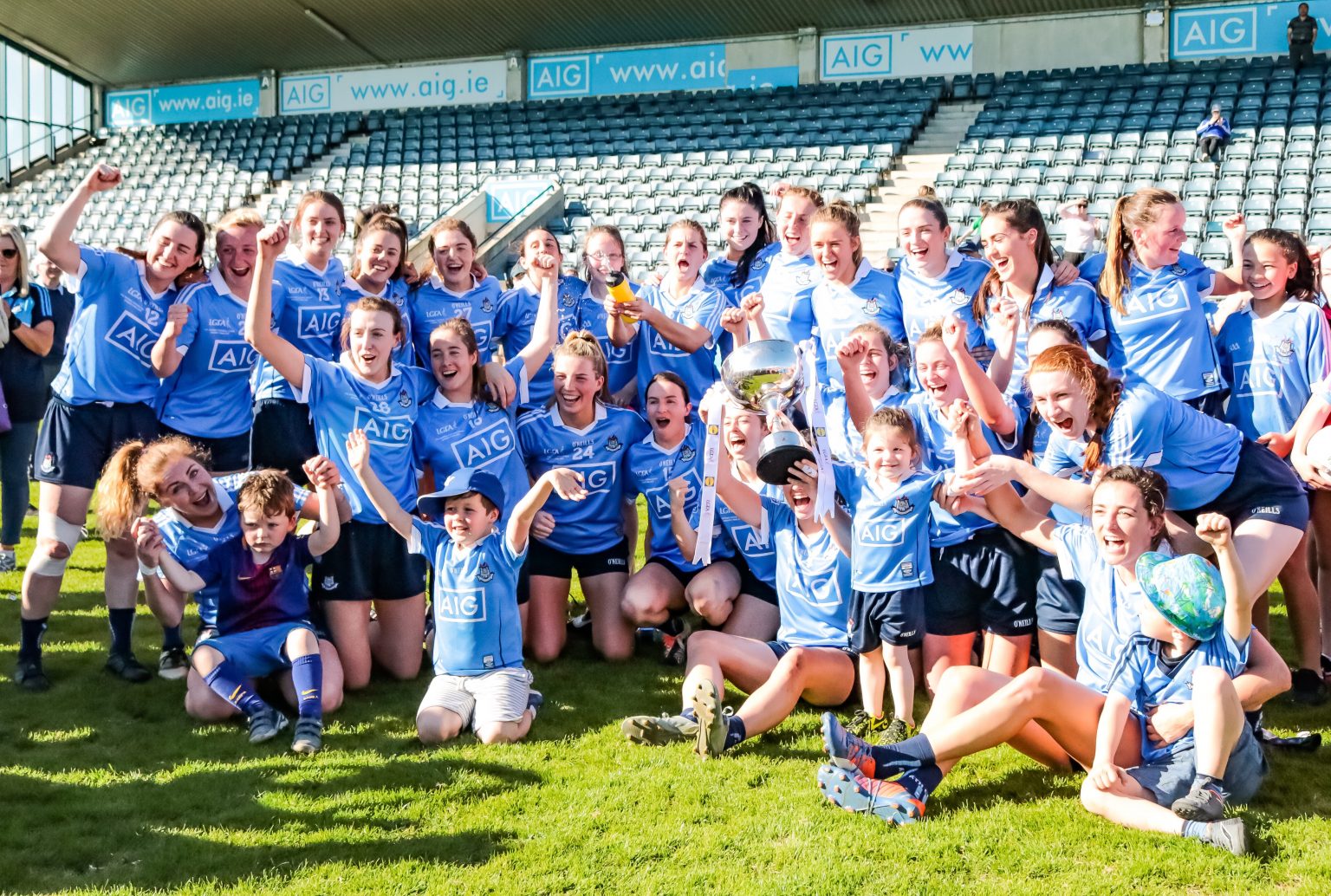 There were 11 points in the difference as the final whistle sounded in Parnell Park, with Mick Bohan’s charges crowned champions for the first time, following Cork’s five-year reign as holders.

Goals from Aherne, Laura McGinley and 2017 Player of the Year Noelle Healy, along with a dominant performance from start to finish, meant that Mayo hearts were broken once again in a national showpiece. 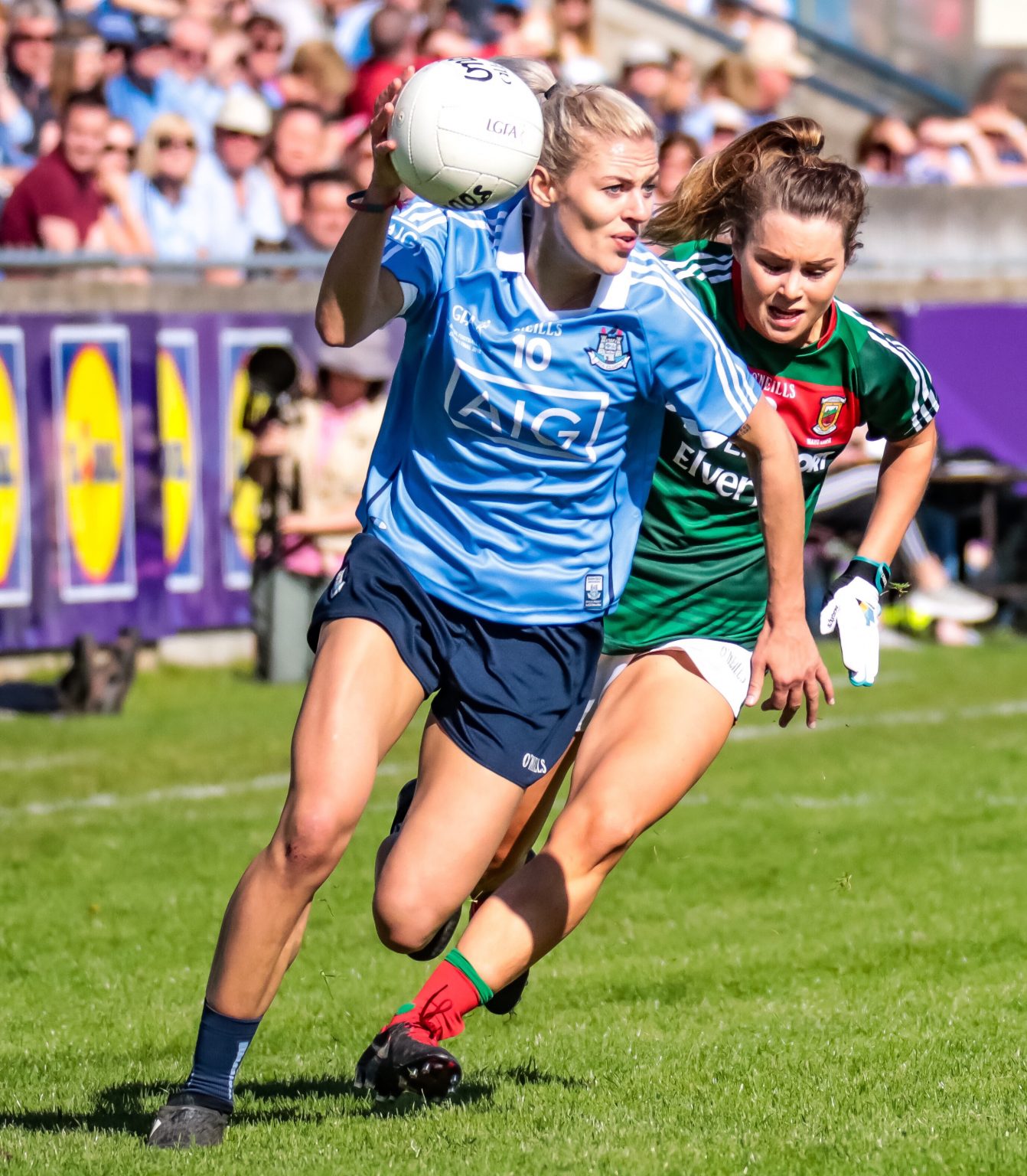 It was, of course, a repeat of the 2017 TG4 All-Ireland senior decider, in which the Sky Blues triumphed by 12 points at Croke Park after a flurry of late goals.

But again, Mayo’s fight could not be faulted, while Sarah Rowe’s 1-05 performance was one of the standout performances.

From the get-go, Aherne took the game by the scruff of the neck and was too much for the Mayo defence to handle. 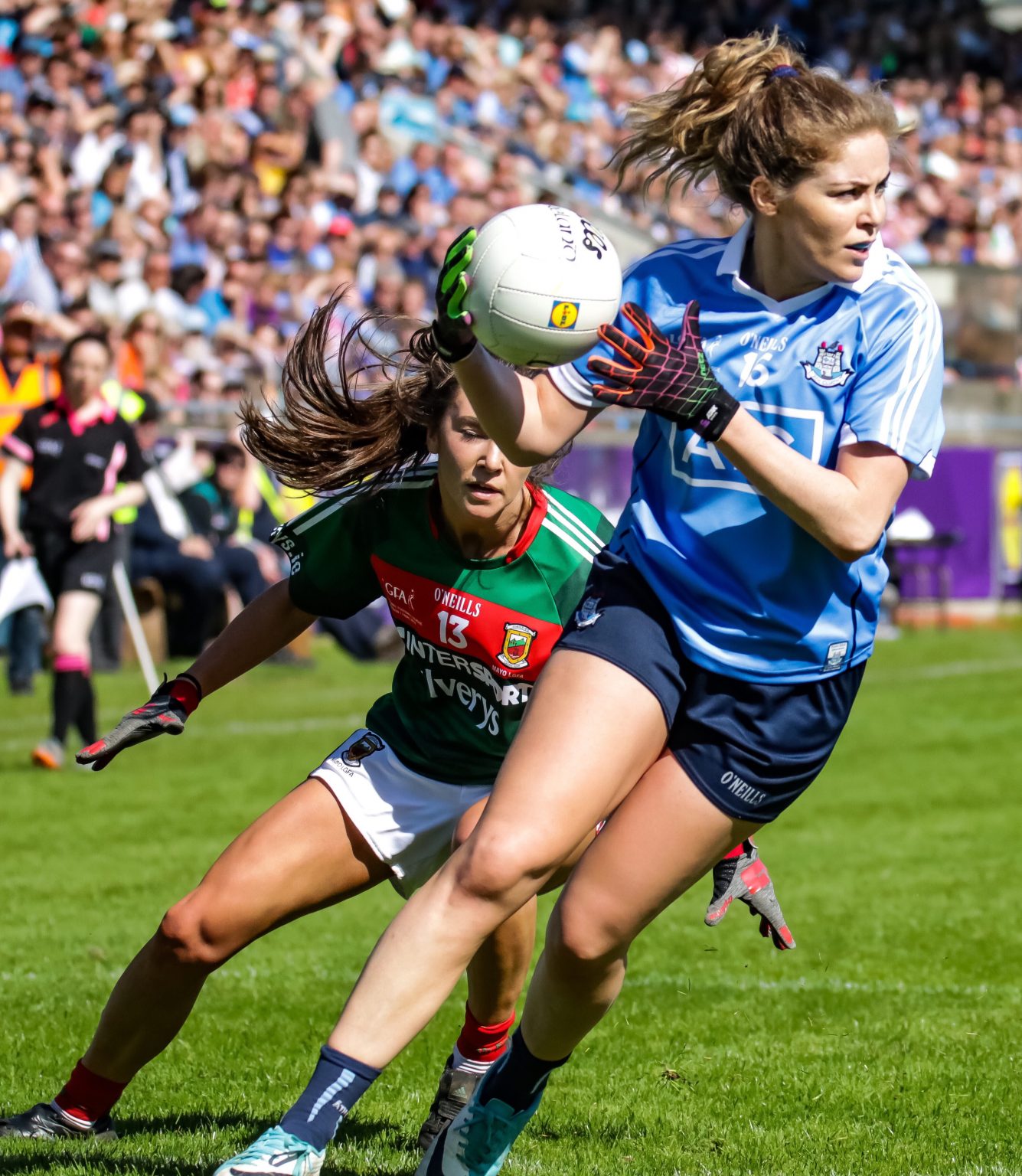 With 10 minutes on the clock, the St Sylvester’s sharpshooter had 1-03 to her name before the Westerners had even opened their account.

The goal came through a 7th-minute penalty, after Nicole Owens was fouled in the area, and Aherne coolly slotted home to give Dublin the dream start.

Olwen Carey and Niamh McEvoy tagged on further points before Fiona Doherty finally got the ball rolling for Mayo. Peter Leahy’s side had a goal chance soon after but Ciara Trant pulled off a massive save and Niamh Collins who impressed throughout cleared the rebound off the line.

The sides traded scores while Aherne’s pristine free-taking continued, Dublin’s powerful support play well and truly coming to the fore. Under pressure between the posts, Rachel Kearns managed to keep the deficit down with a fantastic double save to deny Laura McGinley.

Moments later though, the same player had the ball in the back of the net after some brilliant build-up work from Lyndsey Davey, to make it 2-09 to 0-04 with 27 minutes on the clock.

As the minutes ran down and half time approached, Sarah Rowe hit a penalty while Kelly added a free but Davey had the final say to leave the score 2-10 to 1-05. 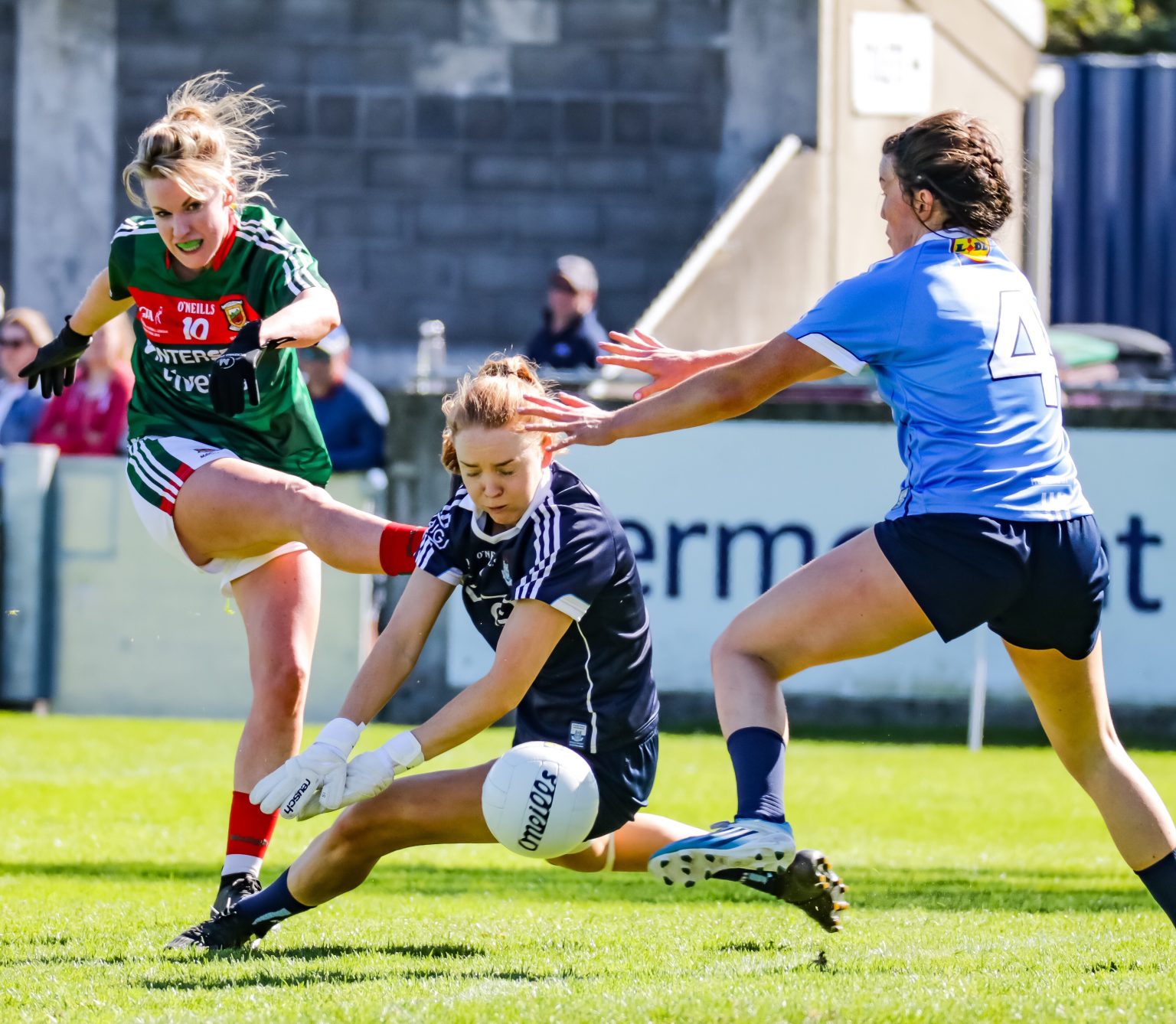 On the restart, it was business as usual for Dublin, Healy producing a lung-bursting run and blistering finish as she slotted home Dublin’s third goal.

Sinead Cafferky and Kelly clawed scores back but by this stage, there was too much to do. Aherne’s masterclass before the posts continued with Owens also contributing, but in fairness to Mayo, they never gave up with Rowe clocking up a few more scores.

But Dublin saw the game out accordingly, their dominance shining through right until the death.

Referee: B Rice (Down)