Dublin claimed their eighth TG4 Leinster senior title in a row, but the scoreline doesn’t do justice to Westmeath who only fell out of contention thanks to late goals from Niamh McEvoy and Nicole Owens at netwatch Cullen Park.

Dublin recovered from the early loss of Sinead Aherne through injury to lead at half-time and Mick Bohan’s side were convincing winners after a powerful second-half display.

In a low scoring first quarter Westmeath brought the game to the reigning All-Ireland champions. Sarah Dillon landed a third-minute point, but three minutes later they suffered a set-back when Kelly Boyce Jordan was yellow carded.

It didn’t damage them in defence though as they kept the Dubs scoreless for the opening quarter. The challengers scored the next two points through Annie Dolan and a Leanne Slevin free.

McEvoy finally got Dublin off the mark with a free on 15 minutes but that was cancelled out when Sarah Dolan pointed for Westmeath. Westmeath had a let-off when McEvoy hit the crossbar from a free but the Dubs were not going to be denied as McEvoy and the excellent Sinead Goldrick pointed to level the game on 26 minutes.

Moments later when Owens broke through the Westmeath defence, she still had a lot to do but her off-load to Whyte was accurate and the ball receiver found the net.

Westmeath hit back with two frees from Slevin, but just before the interval Whyte found the net once more to give the All-Ireland champions a 2-4 to 0-6 interval lead.

With Westmeath piling on the pressure Jennifer Dunne picked up a yellow card for Dublin but they responded well scoring the next two points through Whyte and Owens.

Westmeath got a huge boost when Slevin converted a penalty after Boyce Jordan was fouled after penetrating the defence.

Sean Finnegan’s side came at Dublin in the final quarter but with ten minutes to go they suffered a double setback when the influential Jo-Hanna Maher was yellow carded and from the free out Dublin worked possession up the field and Owens took a pass from Whyte before finding the net.

That broke the heart of Westmeath who had worked themselves to a standstill up to this. McEvoy scored a fourth goal in the closing stages as Dublin ran out winners but not as emphatic as it looked. 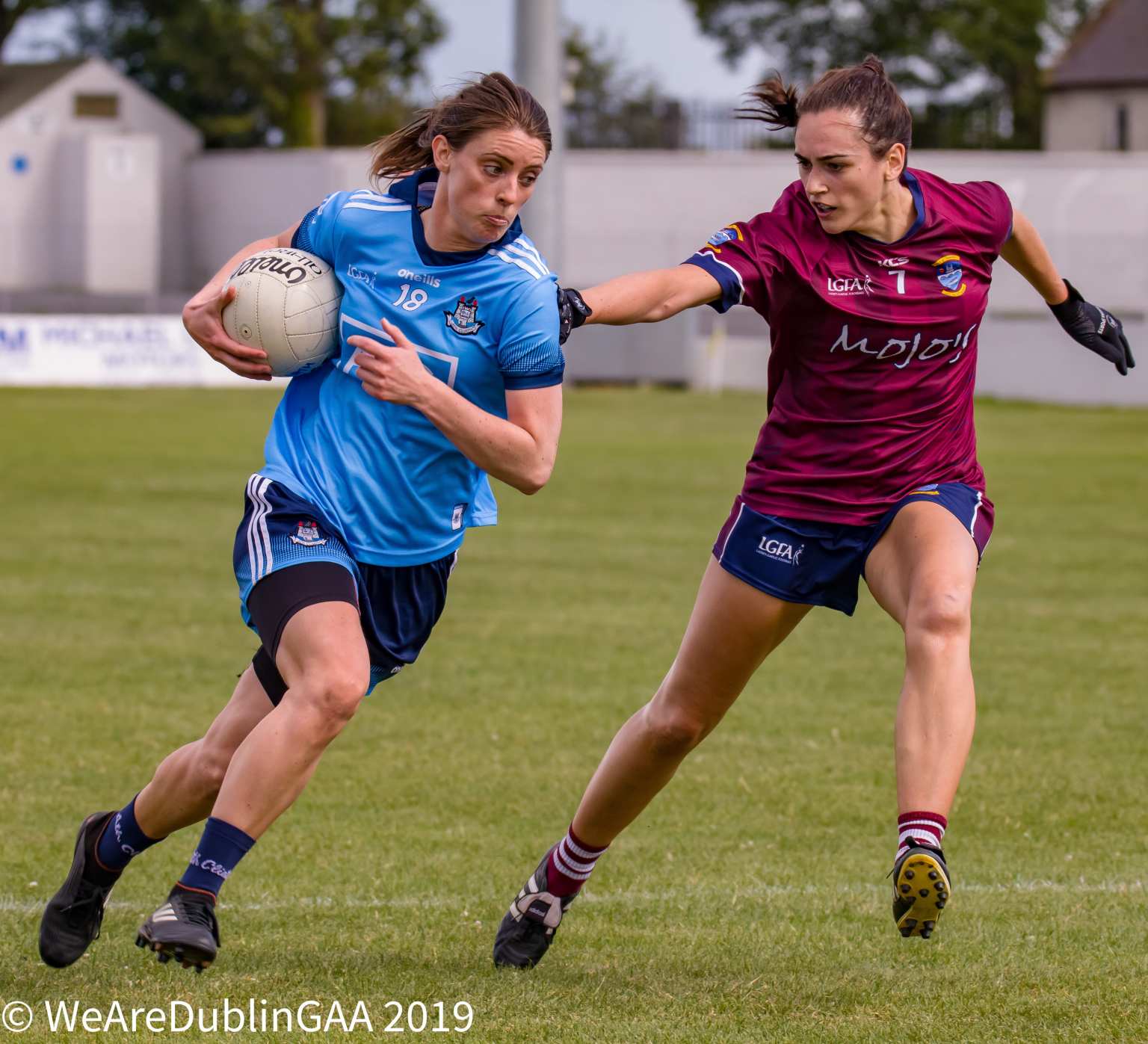