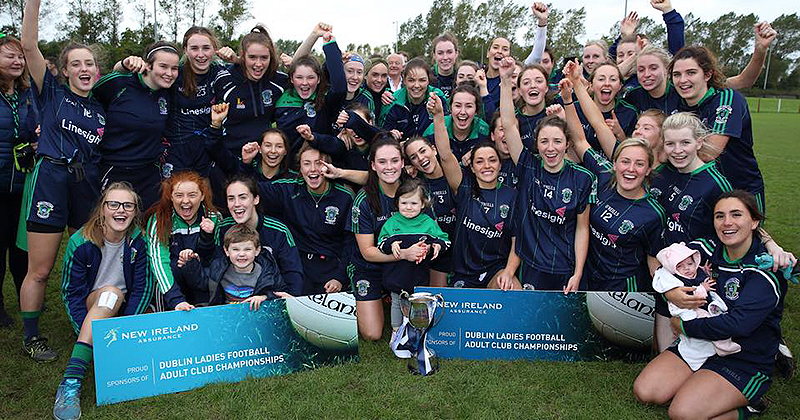 Having only won the County Championship last weekend, Foxrock Cabinteely continued that momentum by beating Sarsfields of Laois this afternoon in Mountmellick in the Leinster Quarter Finals.

The opening third of the game was kept tight as the sides were level on a few occasions but Foxrock built up their lead before the break with first half scores coming from Ciara Murphy, Ciara Crotty, Ciara O’Riordan, Amy Ring and Niamh Collins, while Sarsfields Clare Conlon was key to their attack scoring four of the five points. Score at the break was Foxrock Cabinteely 0-09 Sarsfields 0-05

The Laois club came out of the traps after the break putting Foxrock under pressure, only registering one score in 21 minutes. Aileen O’Loughlin, Tracey Lawlor and Clare Conlon were all on target for Sarsfields.

But with less than 10 minutes to go Amy Ring and Hannah O’Neil raised two green flags, stretching Fox Cab’s lead to 0-07. Tracey Lawlor had the last word for Sarsfields, but the two goals scored within a few minutes of each other had put Foxrock out of their reach, with the Dublin champions easily advancing the next week’s Semi Finals.

Nicole Owens hits 1-02 as Dublin secured place in All Ireland...