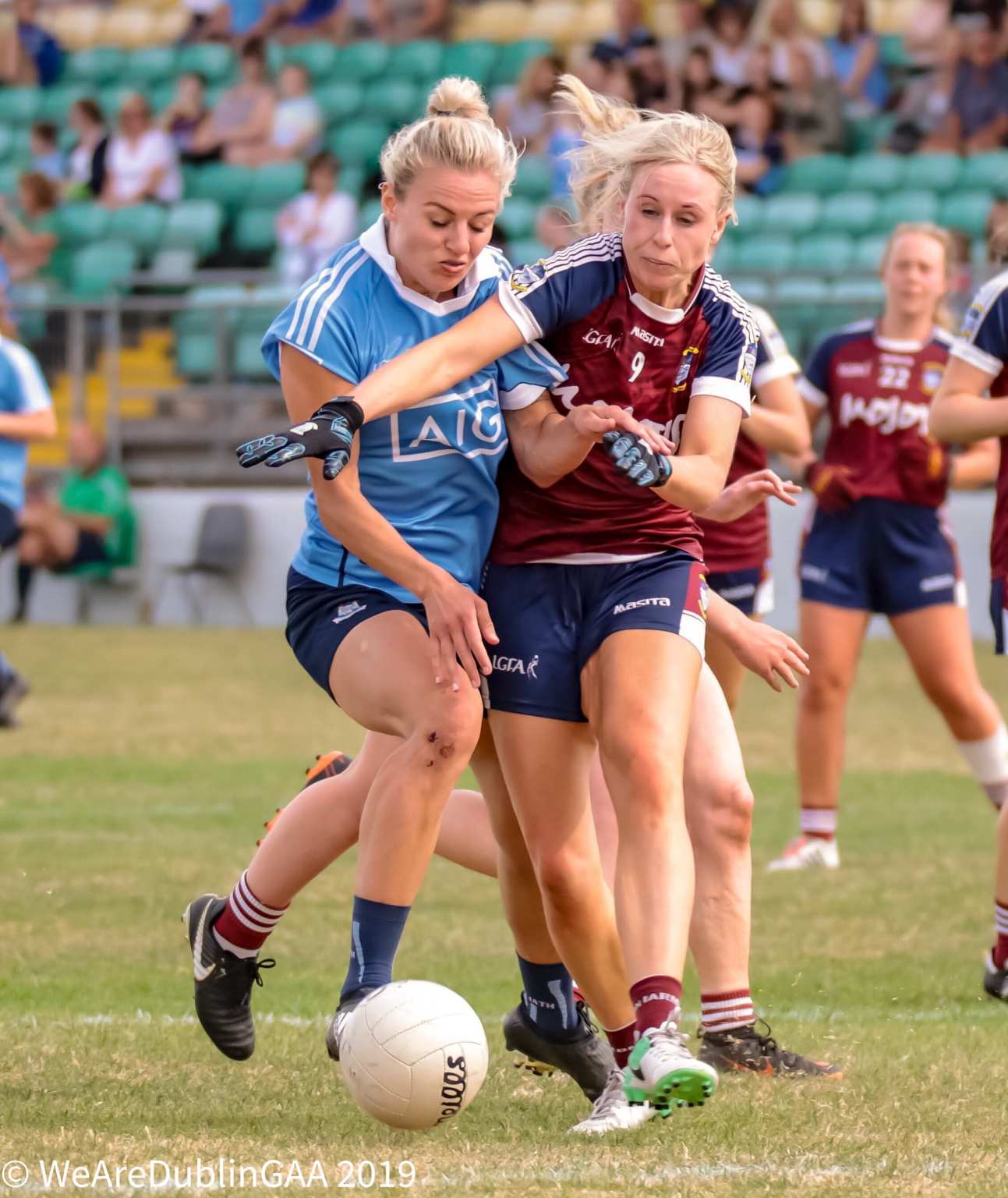 DUBLIN manager Mick Bohan has named 11 of the team that started in the 2018 TG4 All-Ireland Senior Final for Sunday’s Leinster decider against Westmeath at Netwatch Cullen Park in Carlow (4pm).

Two-time All Star Rachel Ruddy, who returned to the fold this year, Aoife Kane, Jennifer Dunne and championship debutant Niamh Hetherton are the four additions to the starting 15 when compared to the line-up that helped the Sky Blues to a second successive All-Ireland crown in front of 50,141 spectators.

Carla Rowe, two-goal star against Cork last September, misses out through injury but six-time All Star Sinead Goldrick has been named to start at centre half back, after suffering a broken arm in the build-up to the Lidl NFL Division 1 semi-final loss to Cork.

That clash on April 21 was Dublin’s last competitive outing, and Bohan has made four changes to the team that started at Nowlan Park.

Westmeath’s last competitive match saw the Lake County end their Lidl NFL Division 1 campaign on a high, with victory over Tipperary on April 7.

Manager Sean Finnegan has made five changes to his starting line-up for a clash that will see Westmeath aim to halt Dublin’s drive for an eighth successive Leinster crown.

The 30 Dublin players named in their match-day squad have 131 Leinster Championship medals between them ahead of Sunday’s game, with captain Sinéad Aherne seeking her 13th. 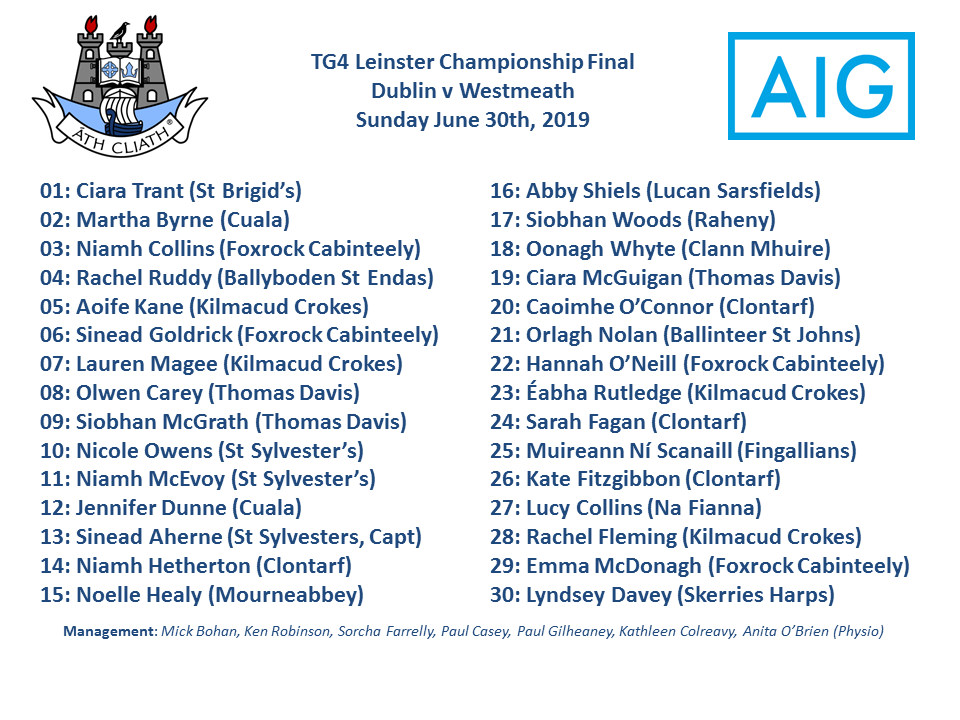