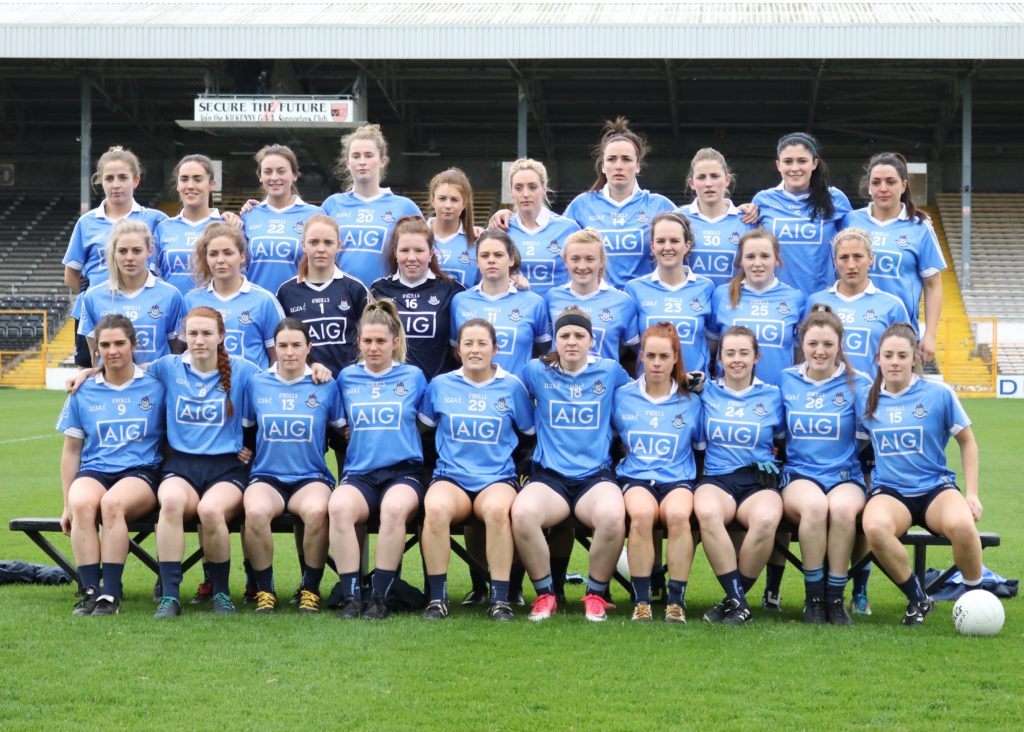 Cork are through to the Lidl National Football League Division 1 Final after a six point victory over Dublin in Nowlan Park this afternoon.

Dublin started well and led by 0-03 to 0-01 with points from Noelle Healy, Carla Rowe and Nicole Owens. But six minutes later the game was turned on its head and Dublin were the architects of their own downfall with a combination of poor passing and poor kickouts handing easy possession to Cork. 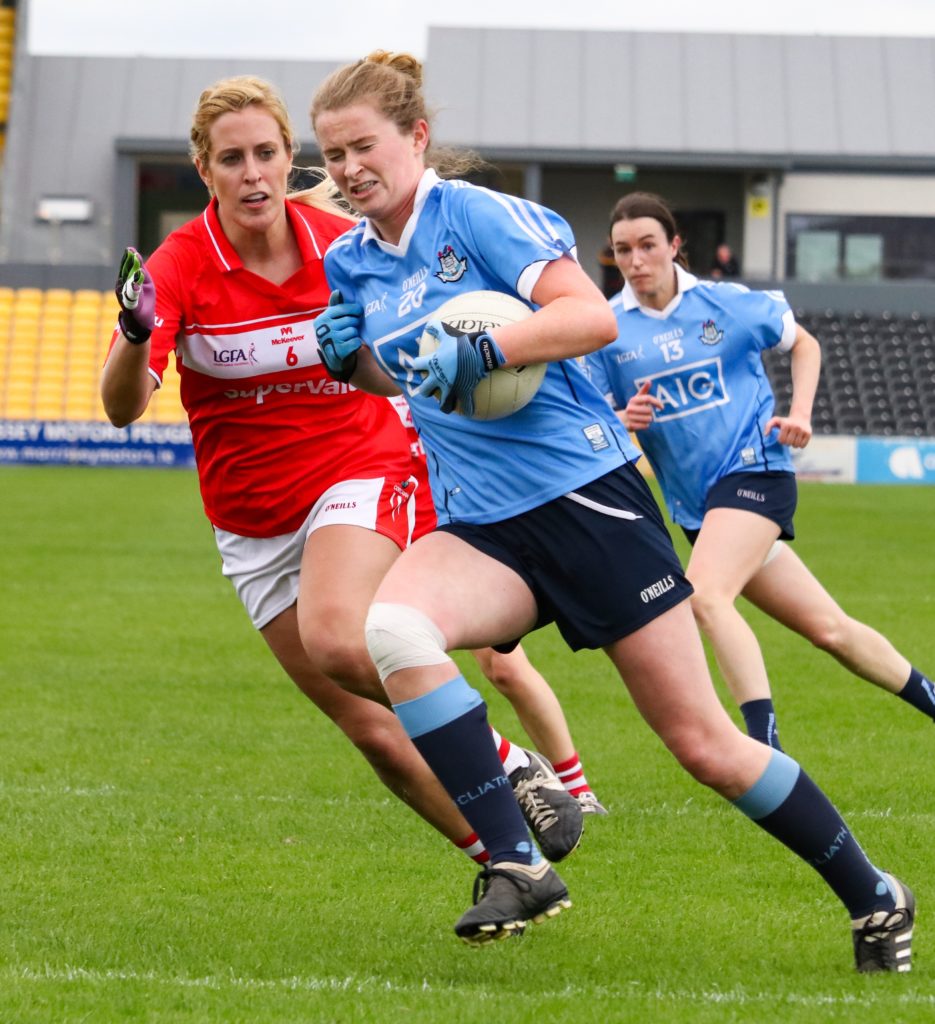 The girls from the rebel county took full advantage Eimear Scally and Orla Finn brought the sides level by the 13th minute, a poor restart from Dublin handed possession back to Cork and when a point effort came back off the crossbar, it was snapped up by O’Sullivan who fed Scally for an easy finish to the back of the net.

They stretched their lead further with a point from Niamh Cotter, a free from Sinead Aherne put a goal between the sides and a minute later a poor call from the referee denied Dublin a penalty. 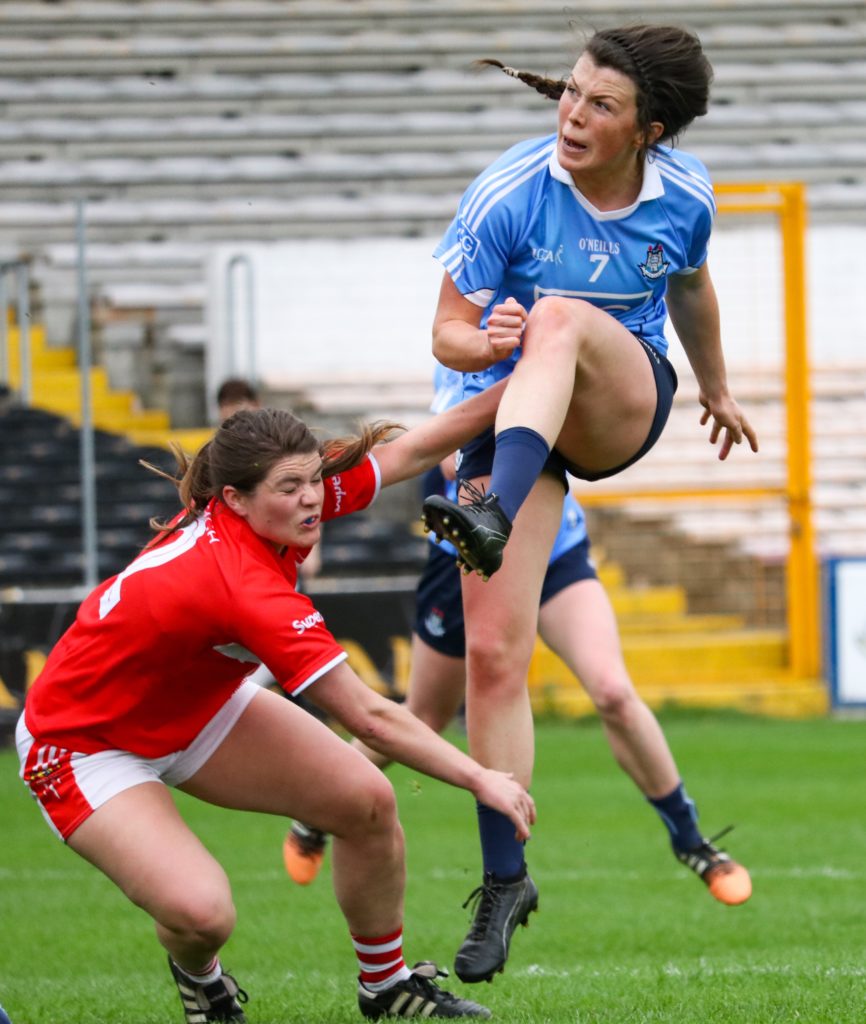 Niamh McEvoy won the ball about 25m out, turned inside her marker and headed towards goal, she got fouled not once, but twice, with the second foul a barge as she was shooting.

McEvoy was left lying on the deck as it appeared she hit her head off the turf, the referee shockingly gestured to her to get up, but she was substituted probably as a precaution but would return for the second half. 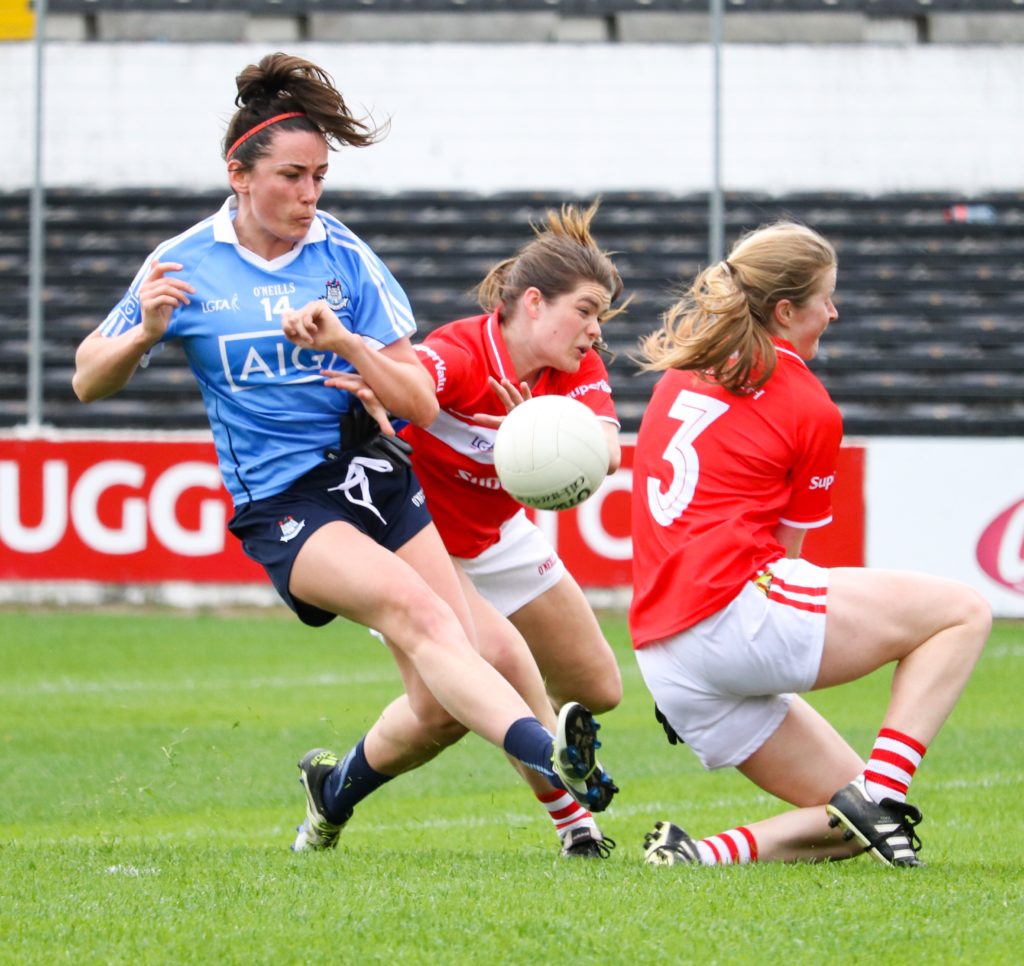 Rebecca McDonnell reduced the deficit with a fine point in the 18th minute. The lead was reduced to the bare minimum with ten minutes to go to the break when a Nicole Owens goal bound effort was tipped over the bar by the Cork net-minder.

But that was as good as it got for Dublin until the half-time break as again a number of poor kickouts and passing gifted possession to Cork who reeled off six unanswered points from Orla Finn with four and the other two were scored by Orlagh Farmer and Bríd O’Sullivan. 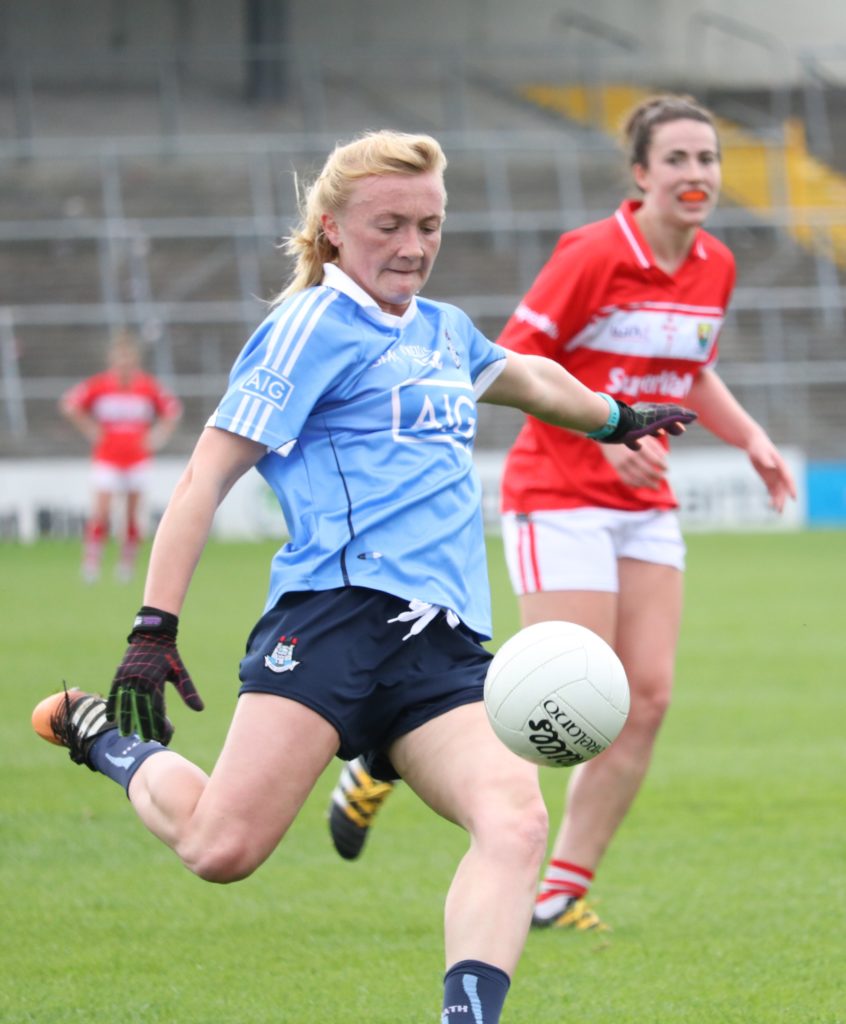 Dublin’s Noelle Healy hit the first point of the second half three minutes in, but Cork responded with a pointed free from Orla Finn. The girls in blue though were enjoying more of the possession and defending a lot better than they had in the first half.

Nicole Owens grabbed her third point of the contest in the 40th minute and the introduction of Sarah McCaffrey a minute later had an immediate impact as the Clontarf player caused the Cork backline numerous problems with her direct running. 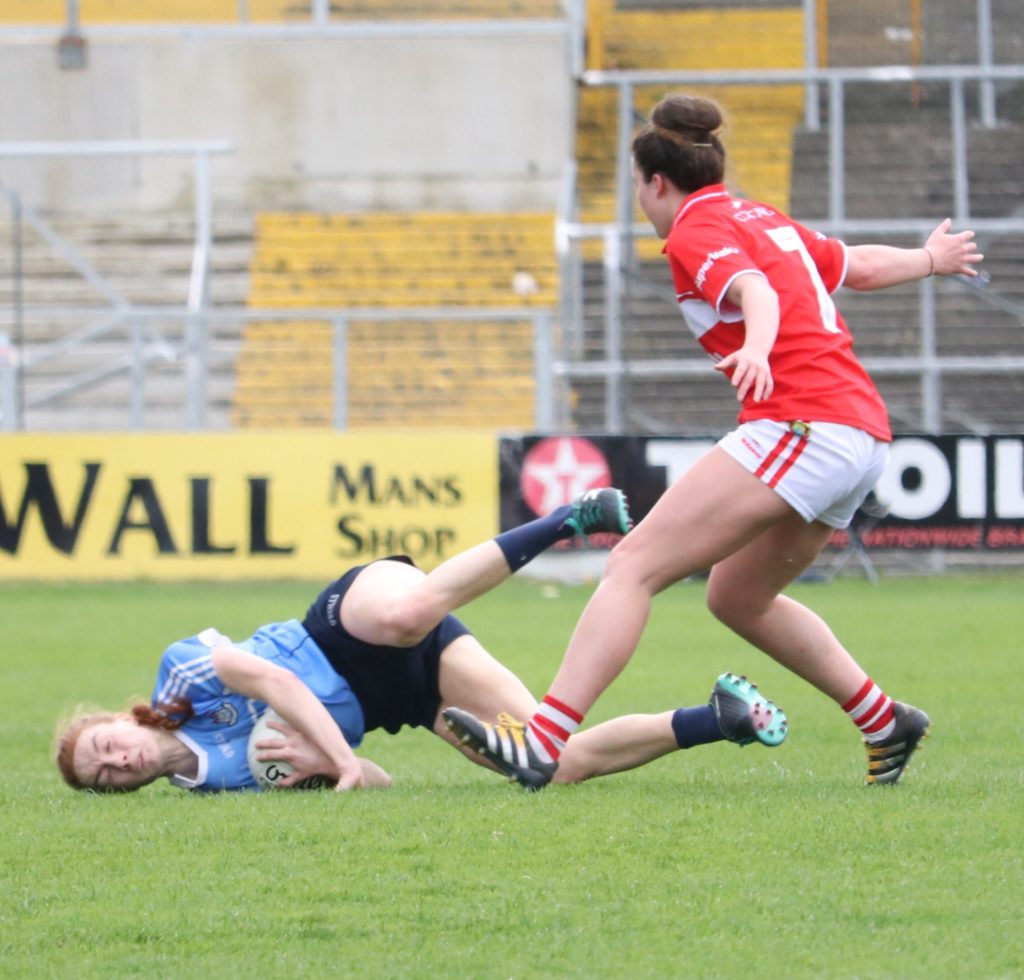 Two quick points from Carla Rowe and the aforementioned McCaffrey reduced the lead to just four points. Cork though ended an eight minute barren scoring spell with a fine point by Libby Coppinger.

Dublin were still well in the game at this stage and will rue letting a number of goal chances slip by them mainly due to players holding onto the ball too long and not releasing it to free runners off their shoulders. 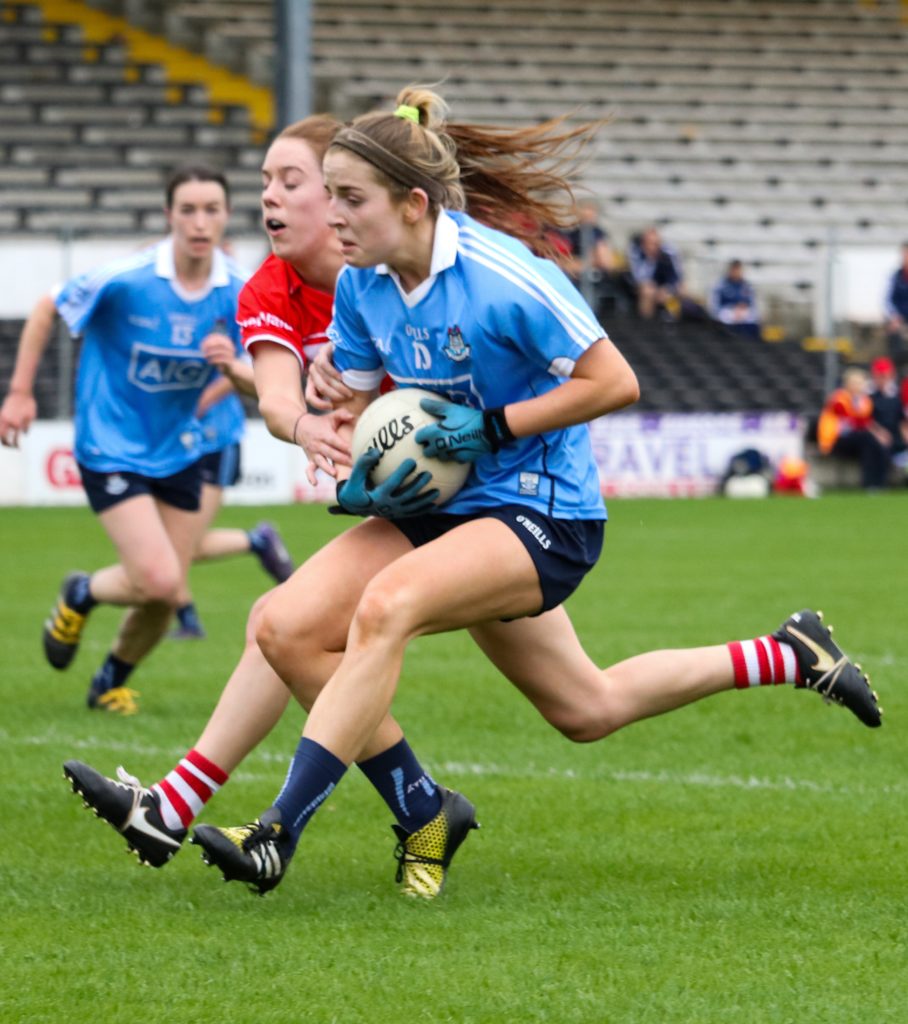 The sides swapped points, Sinead Aherne with a well struck free for Dublin and the Cork reply coming from the boot of Ciara O’Sullivan. Dublin reduced the deficit to a goal with six minutes to go with two points in the space of a minute from Sarah MCCaffrey and Carla Rowe.

But unfortunately for the girls in blue they wouldn’t score again for the remainder of the game and Cork hit three unanswered points, two from Orla Finn, one from a free and other from open play and the other point was scored by Eimear Scally to give Cork a six point victory. 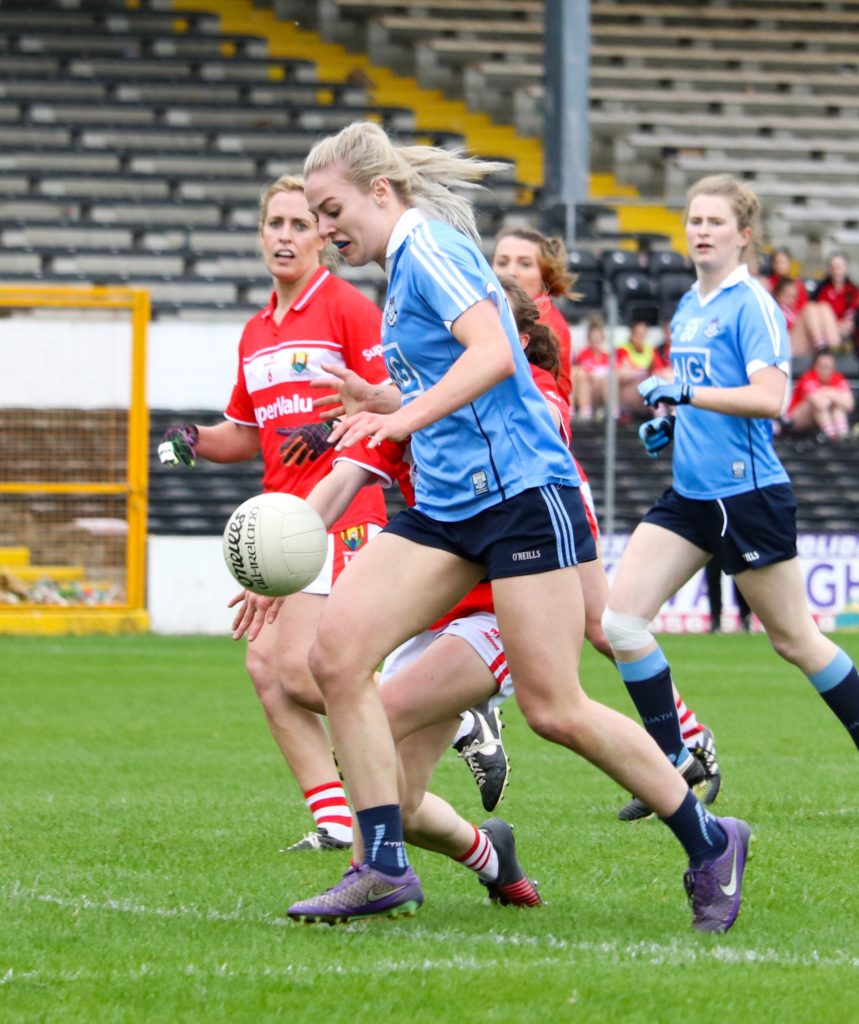 Dublin will be disappointed with their first half performance which contained too many basic errors and they will have plenty to work on ahead of the start of the championship.

It’s not all doom and gloom though and there were some positives to take from the game, particularly the performance of Leah Caffrey who was the standout Dublin player today, the impact of Sarah McCaffrey when introduced and also the first appearance of the season of Sinead Goldrick after a long injury layoff.

Dublin manager Mick Bohan will have learned plenty from today’s game and will have a few weeks to put things right ahead of the Leinster Championship. 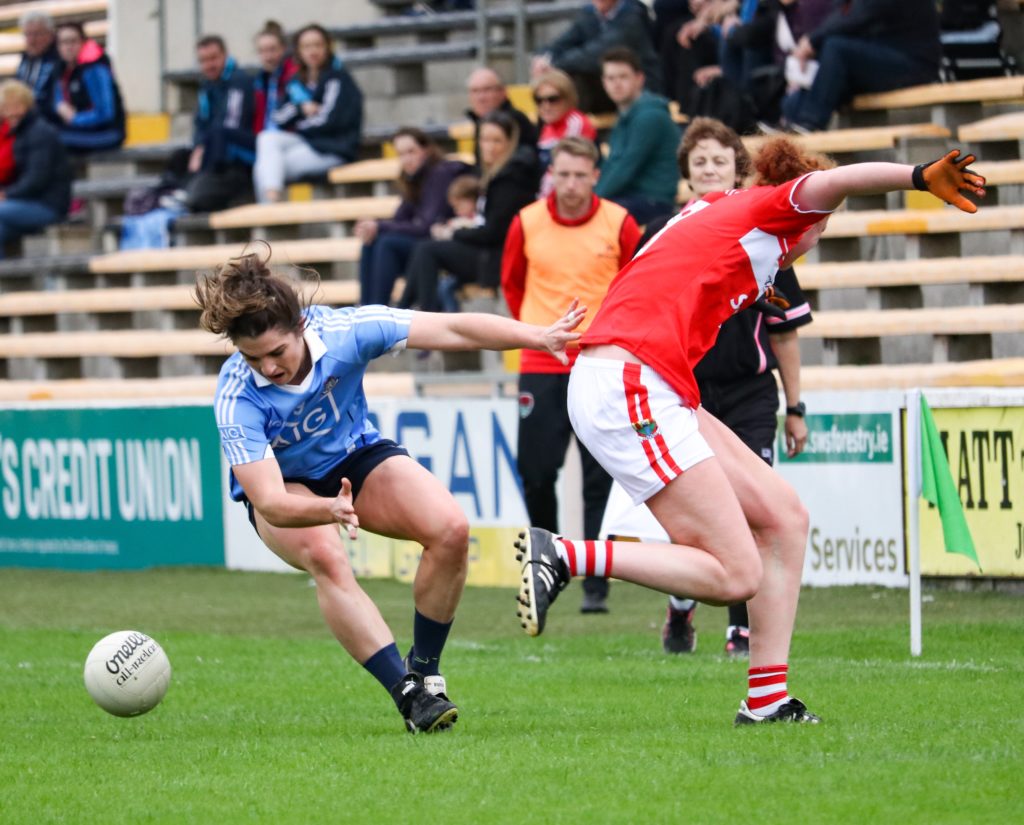 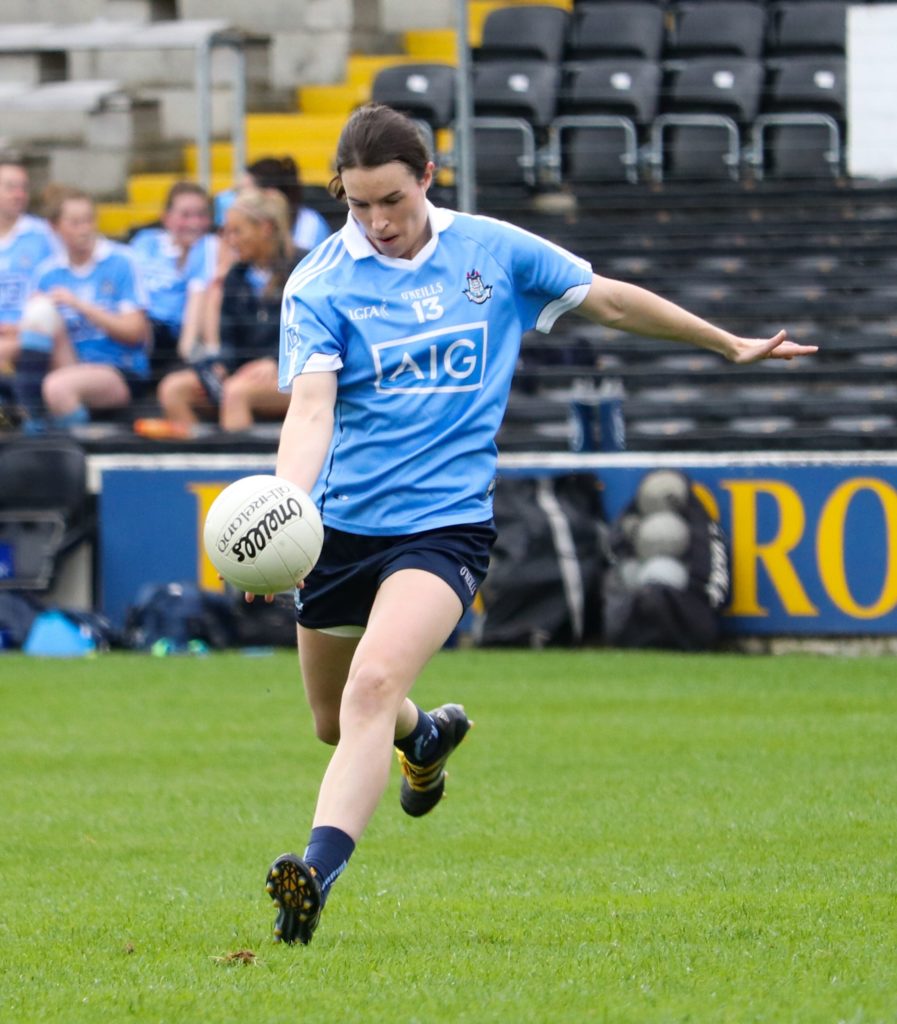 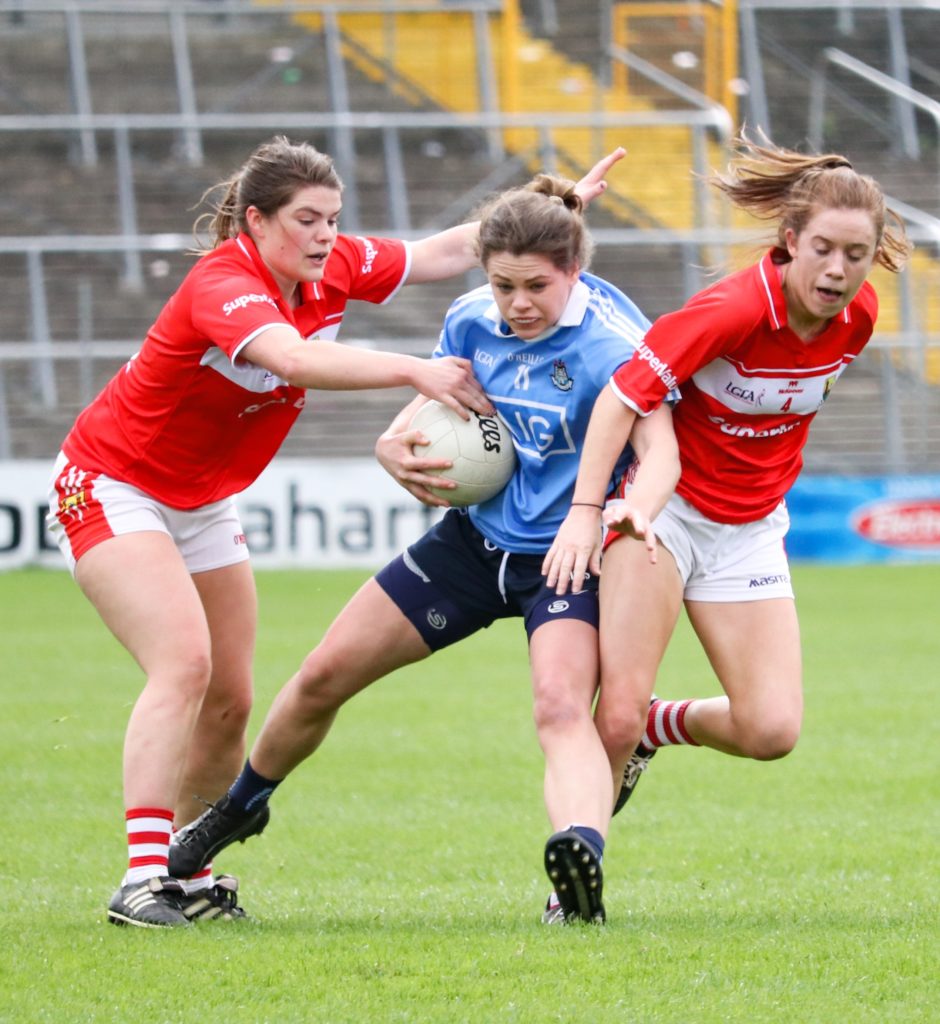 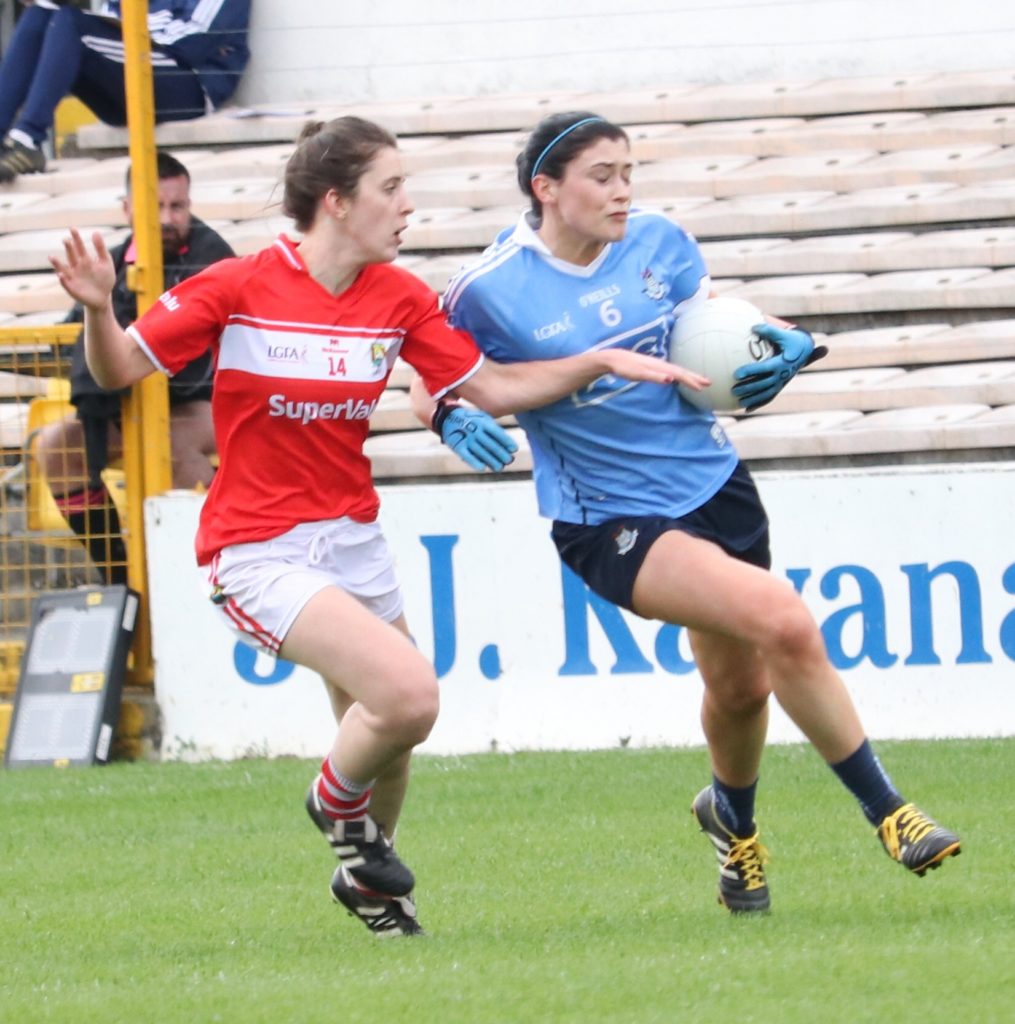 Another Busy Night In The Dublin LGFA Club Scene In League...