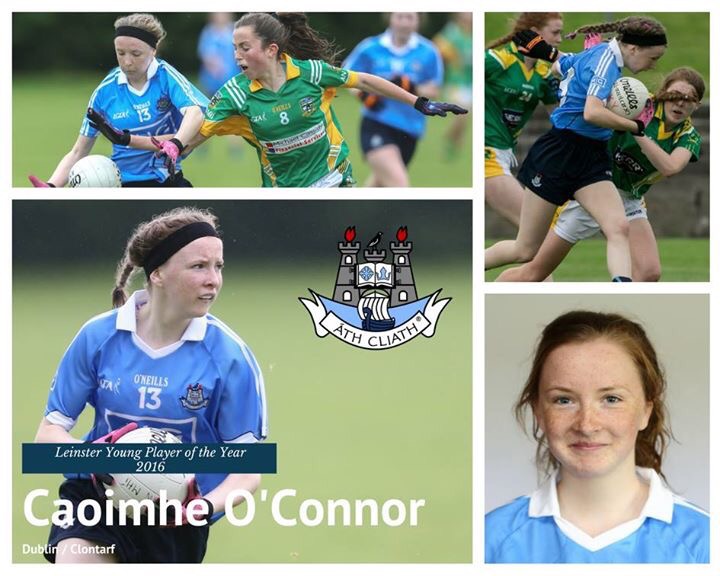 We would like to congratulate Caoimhe O’Connor from Clontarf GAA club on being chosen as this year’s worthy recipient of the Leinster Young Player of the year Award.

Caoimhe will be presented with her award at the TG4 All Stars Banquet in the city West hotel this evening.

Caoimhe was instrumental for Dublin this season at U16 level and played a pivotal role in Dublin winning their seventh consecutive Leinster Crown.