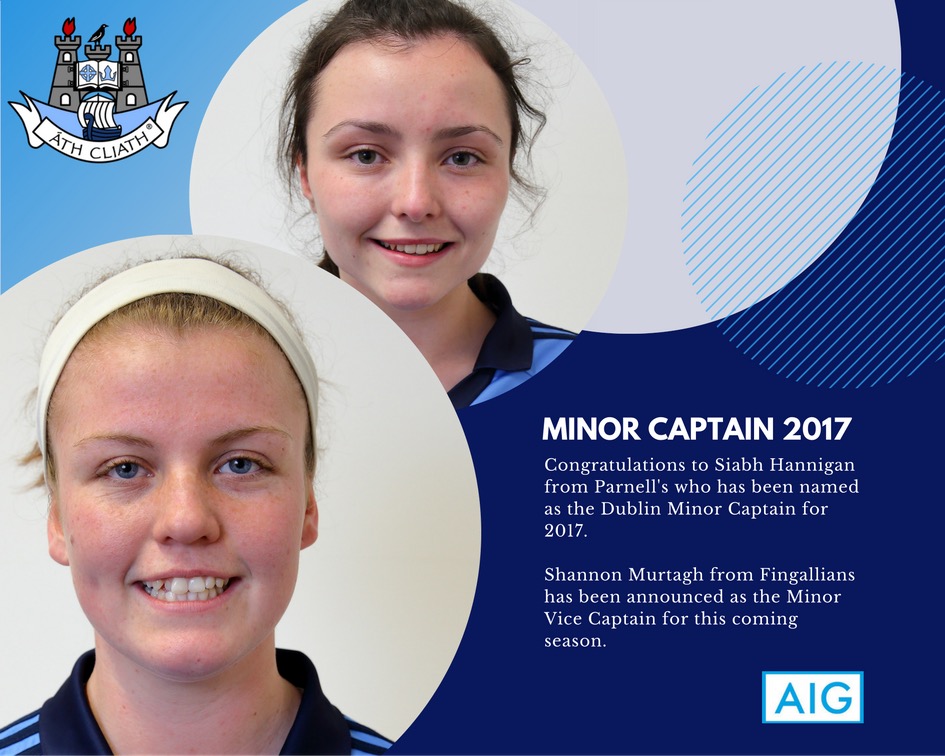 The Dublin Ladies Football 2017 Minor Squad was announced earlier today and along with that announcement the Minor Captain and Vice Captain for the panel were also named.

We would like to wish Siabh and Shannon and the rest of the Minor Squad and management the very best of luck for the 2017 season.