It was Ho! Ho! Ho! six-in-a-row for a composed Dublin tonight as they surged past Mayo 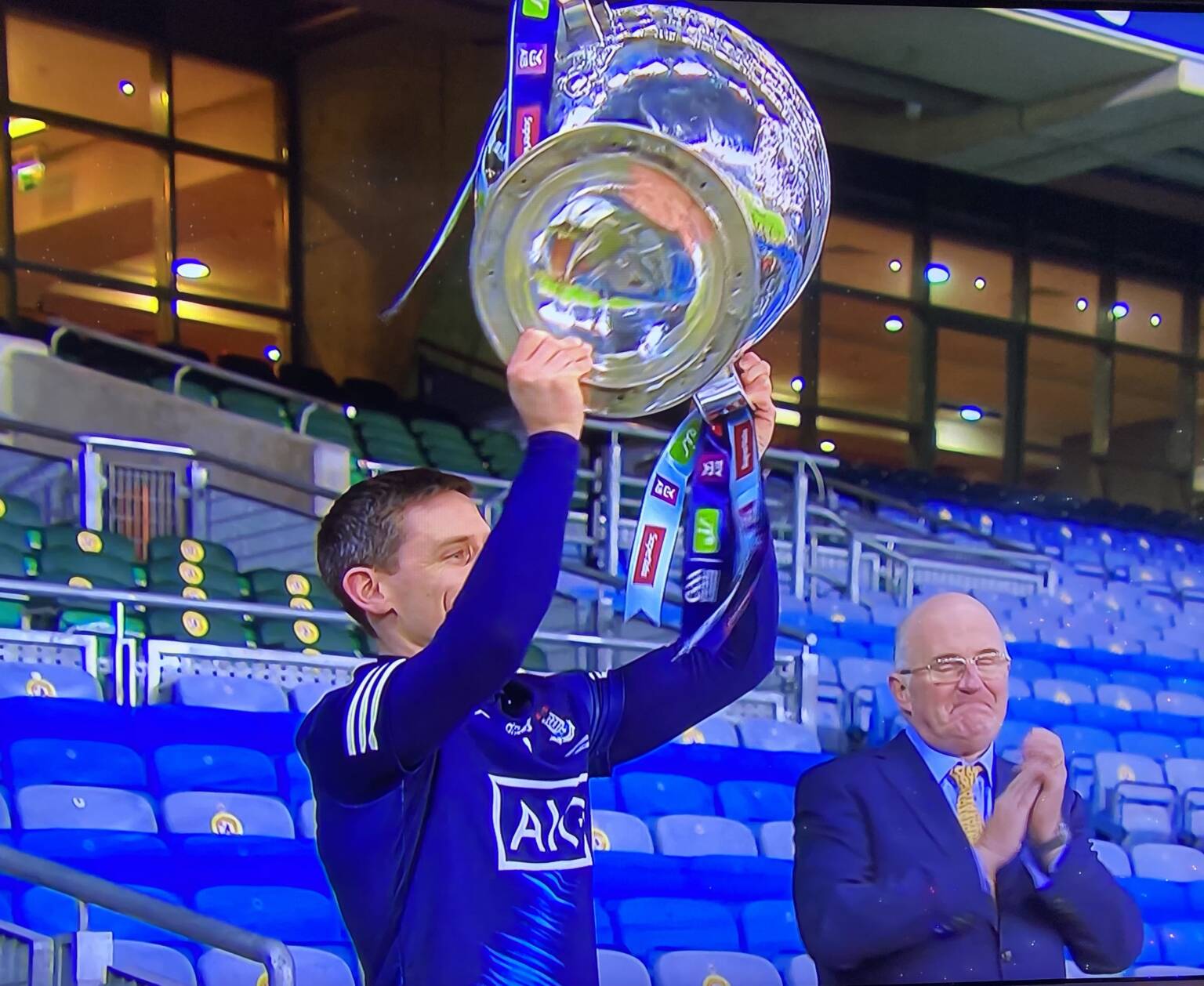 Dublin were crowned six-in-a-row All Ireland Champions tonight in an empty Croke Park as they stayed composed and calm to see off  the challenge of old foes Mayo.

Mayo brought their dogged style with them to GAA headquarters tonight and caused Dublin plenty of problems in the first half of tonight’s final as Dessie Farrell’s side struggled on the restarts with James Horan’s men winning the kick-out battle in the opening thirty five minutes.

But Dublin showed their true champions character, composure and calm in the second half, despite playing the opening ten minutes of the half down a man after Robert McDaid was harshly black carded just before the half-time whistle.

Dublin controlled the tempo of the game and ground Mayo down to dominate the final twenty minutes of what was a physically demanding final. By the end Mayo had run out of ideas and were reduced to route one football which yielded no return for them against a resolute Dublin defence.

Dessie Farrell’s side got off to a dream start inside the opening thirteen seconds of the final. James McCarthy won the throw-in and drove forward, he played a quick one-two with Niall Scully and ran straight at the Mayo goal and picked out Dean Rock who fisted the ball to the net.

The response from Mayo though was impressive with three unanswered points from Oisín Mullin and two from Cillian O’Connor, one from a free and one from play to draw level by the second minute.

Dublin though hit back with three of their own, two Dean Rock frees and a fine effort from Sean Bugler to lead by three with eleven minutes gone on the clock.

But with Mayo dominating the restarts it gave them a great platform to attack and they rattled off five points in a row to take the lead for the first time in the final, Cillian O’Connor, Conor Loftus and Ryan O’Donoghue scored to draw the teams level and O’Connor struck over two points from forward marks to put James Horan’s side two in front.

That lead though was short lived, a move down the left by Bugler was switched inside to Jonny Cooper who fed Con O’Callaghan who in turn hand passed to Scully on the end line and Scully returned the pass back towards O’Callaghan who punched the ball to the net with his right hand for Dublin’s second goal of the half.

The sides swapped a brace of points, O’Callaghan with two for Dublin and Cillian O’Connor and Ryan O’Donoghue for Mayo as the half entered the final five minutes.

Dublin though made sure they would head to the dressing rooms with the lead as John Small and Ciaran Kilkenny added their names to the scorers list to give Dublin a two point lead at the break with the score 2-06 to 0-10.

Just before the short whistle Dublin were dealt a blow when Robert McDaid was shown a black card, the replays showed it was a very harsh call by referee David Goldrick and Dublin had to face the opening ten minutes of the second half down a man.

Despite their numerical disadvantage Dublin grabbed the first score of the second half from Niall Scully in the 39th minute. A minute later and a Cillian O’Connor converted free reduced the deficit back to two.

Mayo with the extra man pressed Dublin aggressively in an effort force turnovers but Dessie Farrell’s side kept their composure under the pressure and worked the ball forward and Brian Fenton put the finishing touches to the move with an excellent point.

Another scoring burst from Mayo seen them rattle off three unanswered points, two Cillian O’Connor frees and a Stephen Coen point from a forward mark brought the side level again with twenty minutes left.

That though was as close as Mayo got as Dublin turned the screw and controlled proceedings till the finish out scoring Mayo six points to one.

A Dean Rock converted free was followed by an excellent point from Ciaran Kilkenny who got out in front of his marker turned to his left and swung a majestic right foot shot over the bar.

Brian Howard introduced for the start of the second half had a major impact on proceedings and capped it off with a super point. Another second half sub Paul Mannion stepped up to play his part and it a sumptuous free from the Hogan Stand side right between the sticks.

Two minutes later and Dean Rock converted his fourth free of the final as Dublin put daylight between themselves and Mayo. Darren Coen scored Mayo’s first point in almost fifteen minutes to temporarily stop the one way scoring traffic.

It was too little too late though for the men from the West and a rampaging run through the heart of the Mayo team by David Byrne opened up space for Ciarán Kilkenny to score his third and last point of the All Ireland final.

Five minutes of injury time were announced and in desperation Mayo went route one searching for the two goals they need to pull the game out of the fire, but they found a determined blue wall of defence in their way and Dublin comfortably seen the game out to be crowned six-in-a-row champions.

Con O’Callaghan was excellent throughout and deservedly won the man of the match award. Brian Fenton and Ciaran Kilkenny grew into the game as it progressed to impose huge influence on proceedings and James McCarthy once again displayed why he is one of the best footballers of all time as he put in yet another phenomenal shift.

One of the main factor in Dublin’s success since 2011 is the impact players from the bench have had on games and again that was illustrated again tonight.

Brian Howard was introduced for the start of the second half and by the final whistle his performance would have seen him in the shake up for the player of the match award.

So in this unprecedented year Dublin sign off as six-in-a-row All Ireland champions and head off for a well deserved rest. Hopefully a sense of normality will return for next year and a return to summertime for the championship when the Dubs will once again begin another journey in pursuit of Sam.

"They're an amazing bunch…" @DubGAAOfficial manager, Dessie Farrell was highly complimentary of the commitment and character of his players after their victory over @MayoGAA in the 2020 All-Ireland SFC Final. #GAA #GAABelong pic.twitter.com/KZaYNLG6MW

"These days are days you'll remember for the rest of your life…" @DubGAAOfficial footballer, Ciarán Kilkenny, was a happy camper after today's All-Ireland SFC Final victory over @MayoGAA. #GAA #GAABelong pic.twitter.com/aNCQ044ZrR