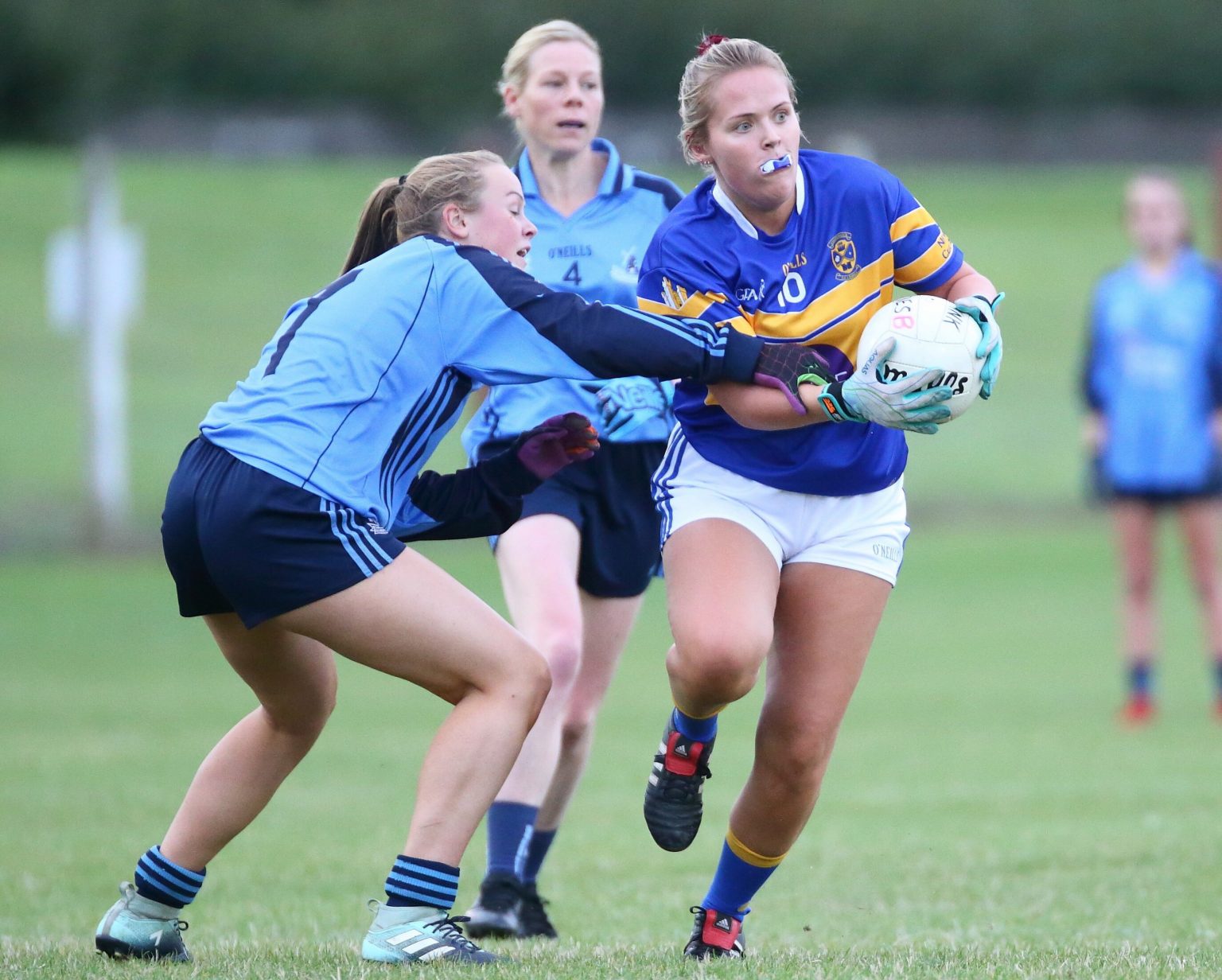 Trailing by seven points at the break (1-10 to 0-06), Ray Rafferty’s charges came to life on the restart with goals from Ciara Golden (two) and Caitlin Coffey. Corner-forward Kate Dwyer was outstanding in defeat for Garristown, scoring 1-10 (all from play) in an extraordinary individual showing.

Yet, with midfielder Eimear Griffin contributing seven points throughout the course of the hour, it was Castleknock who ultimately claimed the spoils.

When the two sides met in the concluding game of Group A on August 13, they were already assured of their places in the semi-final of the competition.

Although they fell to a 5-19 to 2-10 away loss in that encounter, Castleknock bounced back with an emphatic 6-11 to 1-10 victory against St Monica’s at Edenmore nine days later.

On the same night on home soil, Garristown ensured that they would meet the Somerton Park side for the second time this month by overcoming Ranelagh Gaels on a scoreline of 3-20 to 2-7.

It was a family affair for the Rocks, with team mentor Barney (who also serves as manager to his son Dean at club level with Ballymun Kickhams) joined in the Garristown ranks by daughters Laura and Shannon.

Eager to build on their unbeaten run to the final, they hit the ground running with an opening minute point courtesy of Dwyer.

While the Castleknock defence struggled to contain the devastating inside forward, they posed a significant threat at the opposite end of the field.

After Coffey registered a neat equalising score, Griffin combined effectively with Golden for her maiden effort of the tie. 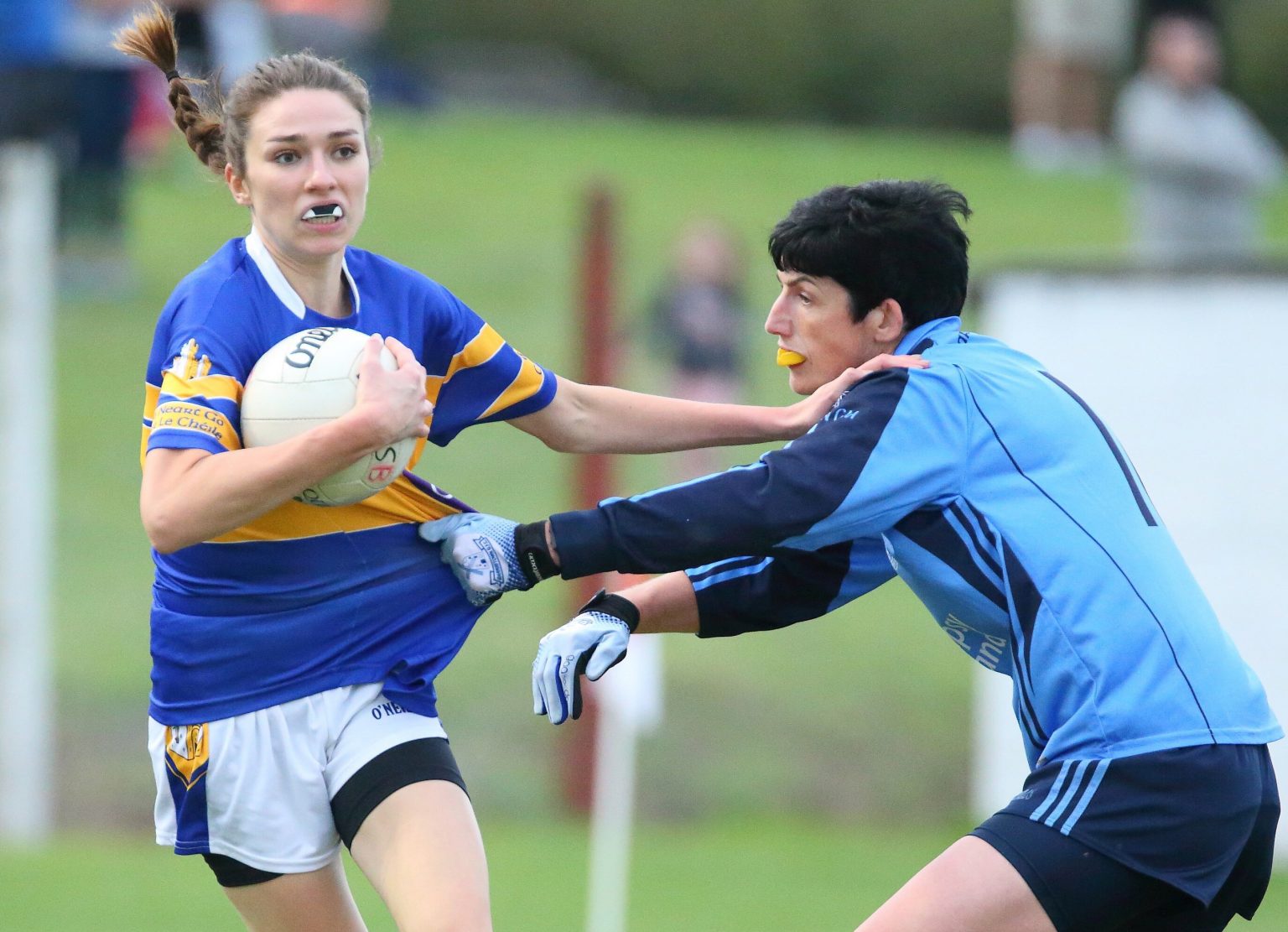 It proved to be a frantic beginning to this Dublin LGFA Junior D Final, as both teams set out to play with considerable abandon.

She was joined on the scoresheet by Dearbhla Lennon either side of Dwyer’s third of the half, giving Castleknock a 0-05 to 0-04 advantage moving into the second-quarter.

However, it was at this point that Garristown’s challenge pushed into overdrive.

As was the case throughout the contest, Dwyer was at the centre of all that was good about the Chapel Lane brigade’s powerful purple patch.

Following her latest single, O’Brien and full-forward Laura McManus created some daylight between the teams with impressive points.

Dwyer and Aoife Connell also conjured a brace of goal-scoring opportunities, though their resulting strikes drifted marginally over the crossbar.

The relentless Dwyer was a constant threat to the Castleknock rearguard and she made it six points without reply for Garristown on 27 minutes.

This momentum was briefly halted by the inspirational Griffin, only for Castleknock to receive a further blow to their chances of success in first-half stoppage-time. 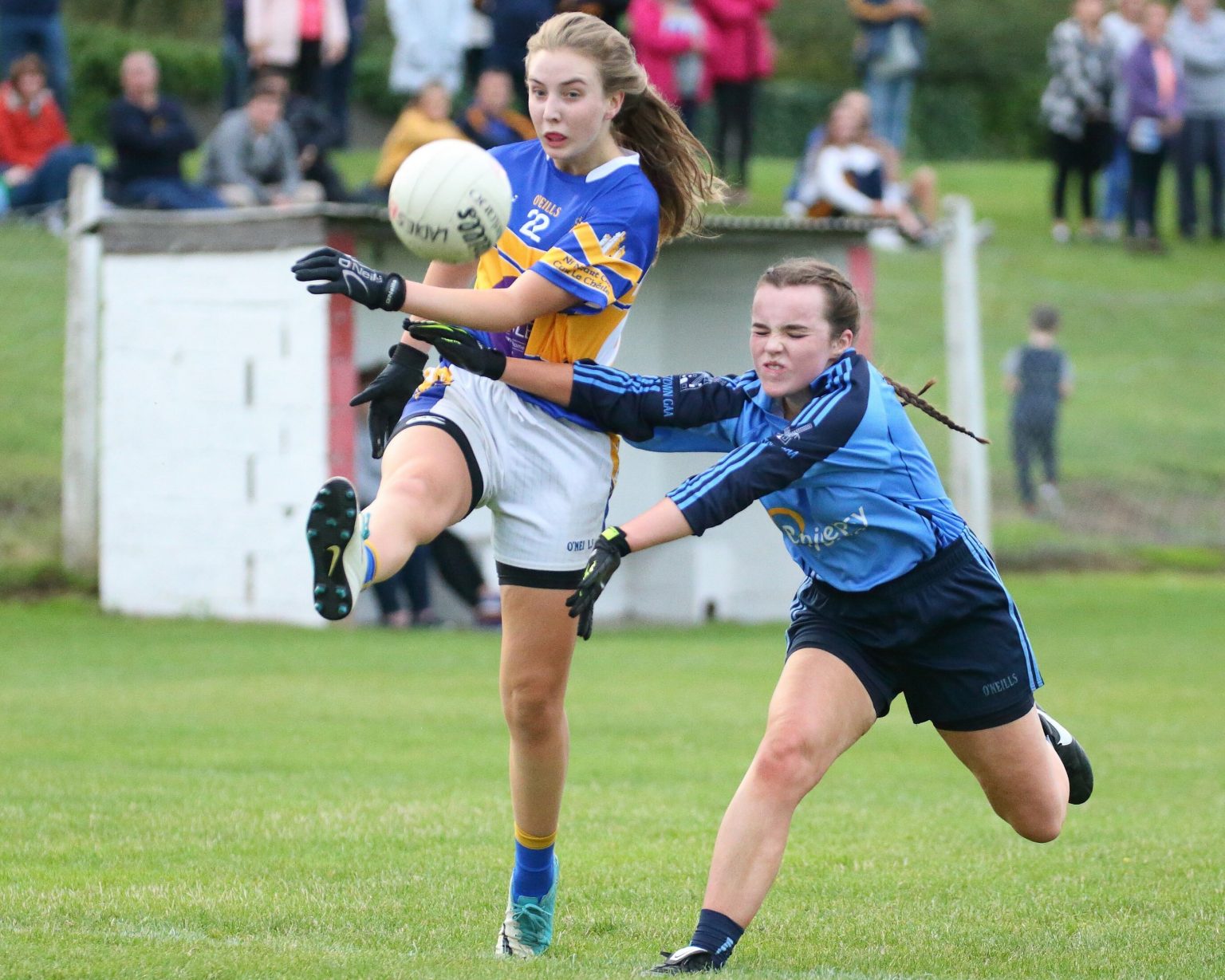 It All Changed Upon The Resumption

When referee Maurice Mulcahy awarded a penalty to Garristown, the dependable O’Brien displayed nerves of steel to fire beyond the reach of ‘Knock netminder Rachel Slater.

Now that they had a 1-10 to 0-06 buffer at their disposal, Garristown were odds-on favourites to progress to the Junior ‘C’ grade.

This all changed upon the resumption, though, as Castleknock set about cancelling out their seemingly comfortable cushion.

Thanks to three points in as many minutes by the central axis of Coffey, Griffin and Julie Rodgers, their challenge for the Dublin LGFA Junior D title had been re-ignited.

Although Griffin flew the flag for ‘Knock during the opening period, Coffey’s influence on the play was growing with each passing minute.

Indeed, after she picked out close to goal in the 35th-minute, the half-forward found the bottom right-corner with a cool finish.

With their deficit now reduced to the bare minimum, ‘Knock pressed for additional scores.

A succession of wides eased the pressure on Garristown, but Griffin eventually restored parity with her sixth point of an enthralling spectacle.

Garristown finally responded when McManus pointed under intense pressure and they hoped this would herald another spell of dominance.

‘Knock’s attacking play was becoming relentless, however, and it was the turn of Golden to leave her mark on the action.

At the end of a prolonged move, her shot at a right-hand angle was deflected past Garristown netminder Chloe Mason.

This major was followed by another Coffey point, which meant that – in the space of 12 minutes – they had out-scored their opponents 2-05 to 0-01.

Nevertheless, Garristown remained in contention as this Dublin LGFA Junior D final move towards the final-quarter. An Edel Quinn point preceded a 0-2 salvo from Dwyer to leave the sides deadlocked on the stroke of 50 minutes.

Castleknock’s eye for goal was becoming more pronounced as the play wore on and they raised another green flag through Golden at the tail end of an incisive attack.

This looked like being one set-back too many for Garristown, who fell six points adrift as a result of unanswered scores from Lennon, Griffin and Golden.

Traded scores between Dwyer and Lennon kept ‘Knock in firm control, but they were kept on their toes via a final Garristown surge.

A mazy run produced a 10th point for Dwyer, and the goal her performance deserved arrived four minutes into time added on.

Though this raised the possibility of a stunning, last-gasp fightback, Castleknock held out for a hard-earned two-point triumph.

Marie Hickey: ‘We Hear About The Great Play And The Bad...