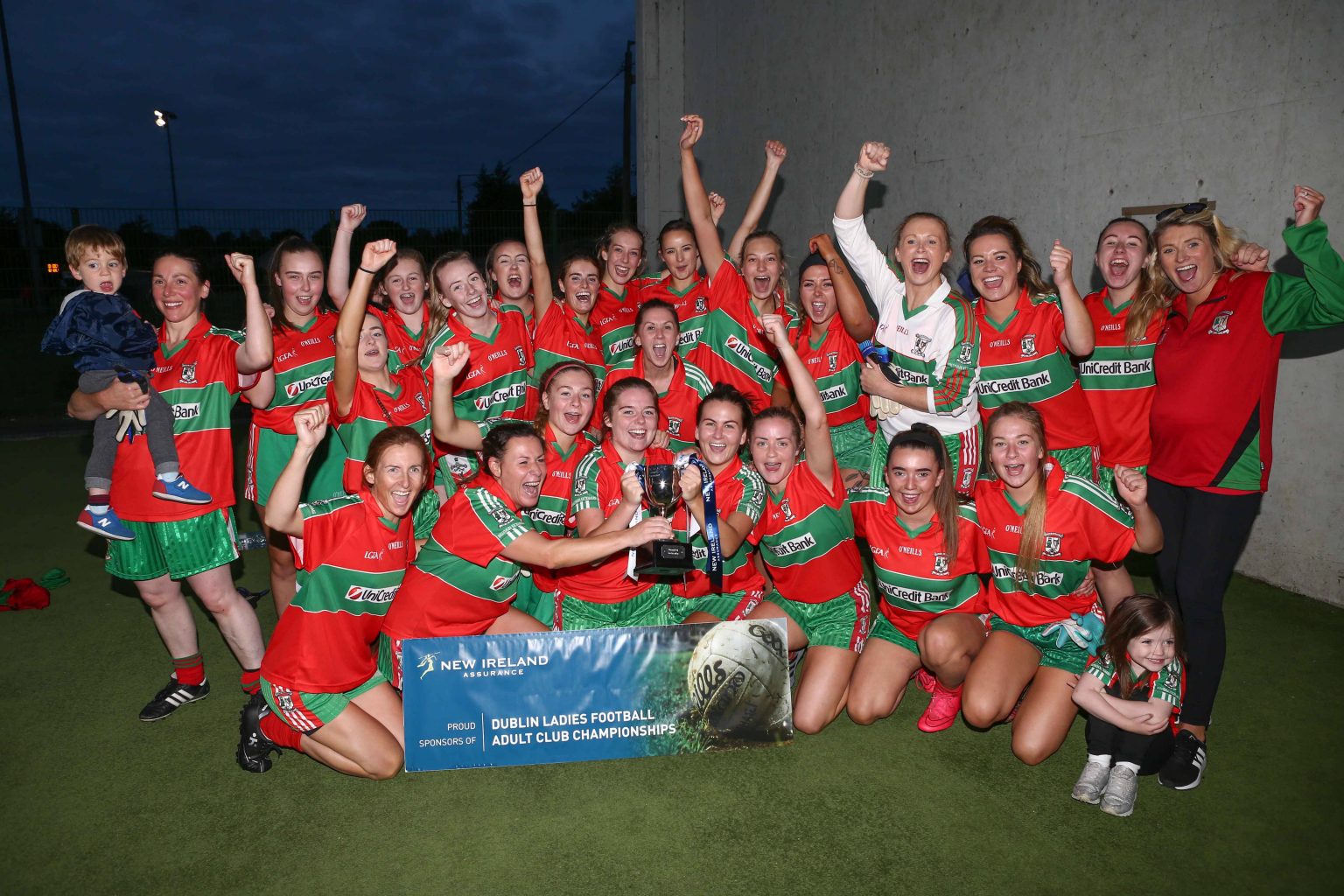 Although Robert Emmet’s/St Anne’s provided stubborn opposition in a lively encounter and continued to fight until the bitter end.

The midas touch of Kelly ensured the silverware would be making its way towards Pairc Ciceam.

Lining up alongside the dynamic centre-forward in the Ballymun attack was 2010 All-Ireland winning Dublin captain Denise Masterson who is now enjoying her second spell at the club after a memorable period in the black and amber of Naomh Mearnog.

Both sides had upset the odds to a certain extent on the road to this decider.

Despite finishing second in their respective groups, they subsequently got the better of previous undefeated opponents at the semi-final stage of the competition.

After coming runners-up to St Sylvester’s in Group B, Ballymun claimed the spoils over St Finian’s, Swords/St Margaret’s in a high-scoring affair (8-05 to 4-08).

On the other side of the draw, Robert Emmet’s/St Anne’s – who edged out southside rivals Templeogue Synge Street into Group A’s second spot on the head-to-head rule – were emphatic 2-12 to 1-04 winners against Sylvester’s at Broomfield.

Because the two teams are riding high towards the summit of the Adult Football League Division Seven table – Ballymun trail their amalgamated counterparts by six points with a game in hand – this was an exceedingly difficult game to call on paper.

Indeed, seven minutes had passed before the deadlock was broken at the home of Fingallians GAA. 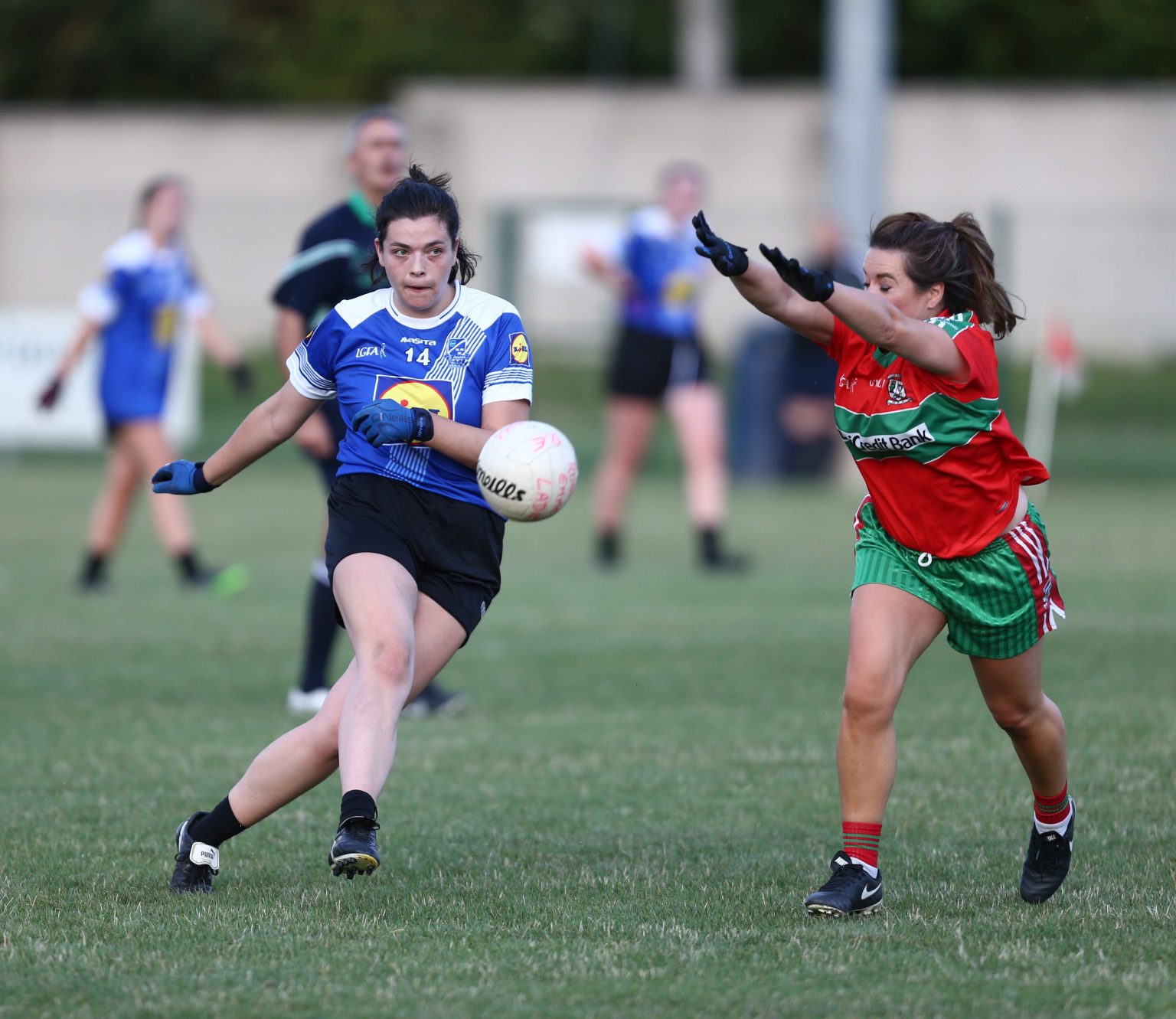 With Eilis Davenport deployed in a roving role, there was ample space for Masterson and inside partner, Megan Kelly, to operate in.

At the end of an excellent solo run through the heart of the opposition defence, the former inter-county star was adjudged to have been fouled.

This presented Jade Kelly with an opportunity to open her account which she did with minimal fuss.

A physically imposing Emmet’s/Anne’s forward line began to make more of an impact as the half developed and corner-forward Chloe Conroy cut through for an equalising score on 11 minutes.

Though this was quickly cancelled out by Megan Kelly at the opposite end following excellent work from Jade Kelly.

A strong purple patch helped Emmet’s/Anne’s to turn the table on their northside rivals.

After wing-forward Molly Doran had raised the decibel levels with a brace of fine efforts, full-forward Aisling Kerins (a towering presence throughout the field) also split the posts to open up a two-point cushion.

‘Mun needed a score to settle themselves back into the game, and the aforementioned Jade Kelly provided it on the stroke of 20 minutes.

Shannon Keating quickly restored order for Emmet’s/Anne’s by finding the target in style, but the opening goal of the contest arrived at a crucial juncture for Ballymun.

Like much of their attacking play in the first-half, Masterson was the instigator for this pivotal three-pointer. 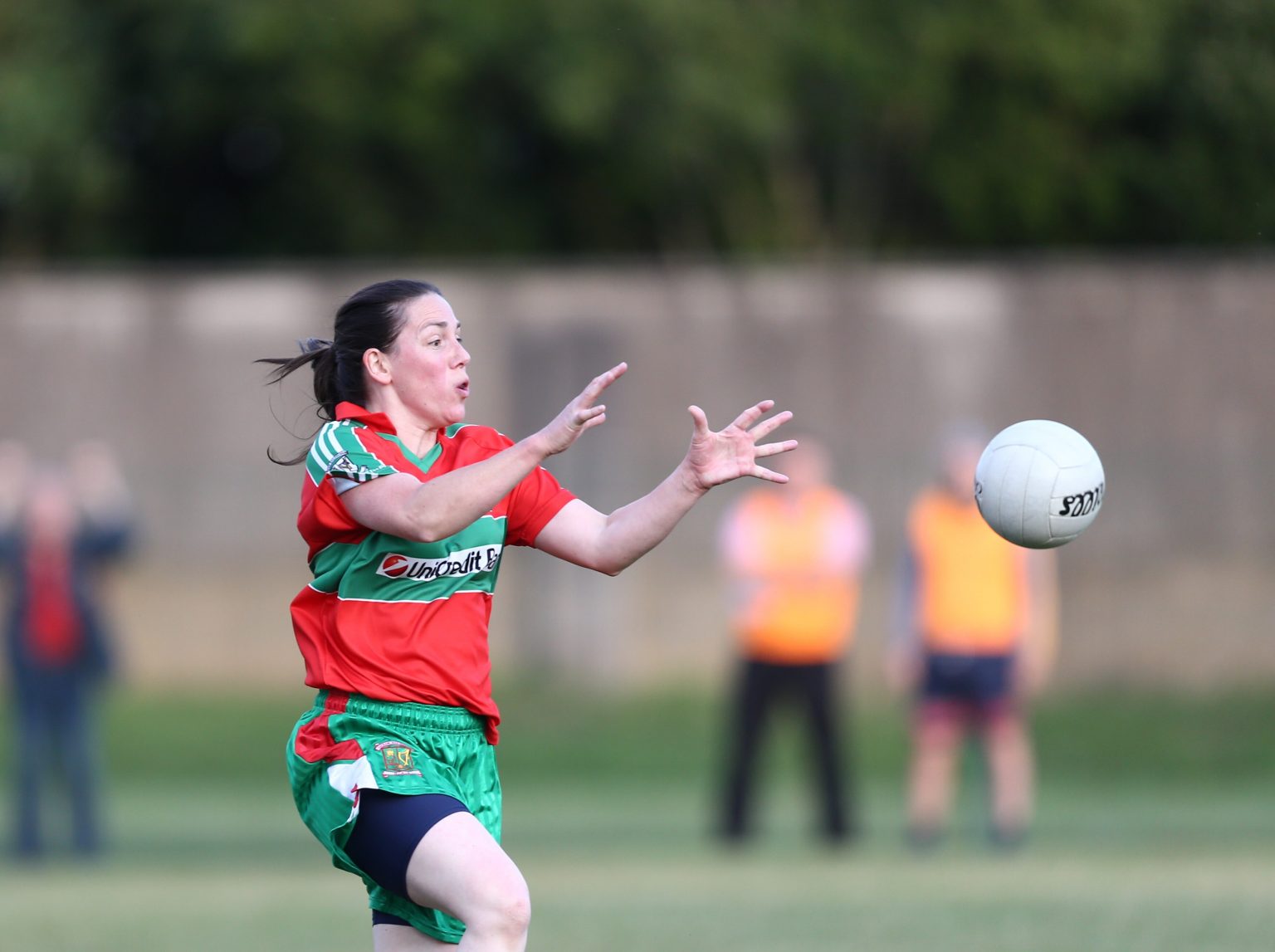 She released Jade Kelly on an overlap and the latter did the needful with a low finish to the opposing net.

The ever-dangerous Masterson also set-up Megan Kelly for a goal-scoring opportunity just shy of the half-hour mark but, much to the relief of the expanded Emmet’s/Anne’s faithful, her strike drifted past the post.

Nevertheless, Ballymun entered the interval with a slender advantage of 1-03 to 0-05 at their disposal.

On the resumption, Emmet’s levelled matters through Kerins’ impressive single at an awkward angle.

They were left reeling in the 34th-minute, however, as Kelly grabbed her second goal of the night off a rebounded shot.

Although ‘Mun dominated possession for the next 10 minutes, spirited defending by Emmet’s denied them valuable space inside their ’45’.

The increasingly influential Kelly brought their scoring drought to an end with a superb point, and this was quickly supplemented by her third goal inside the final-quarter.

Her well directed free from a distance of 30 metres slipped through the fingertips of Abbey Donaghy and into the back of the Emmet’s/Anne’s net.

This left the dual club with a mountain to climb in the closing stages, even if a pointed Kerins free offered them some much needed solace.

Yet, while most would be content with a hat-trick of goals, the magnificent Kelly maintained her unquenchable thirst for scores.

When she broke through the Emmet’s rearguard on the 50-minute mark, a cool strike into the bottom right-hand corner effectively placed the outcome beyond doubt. 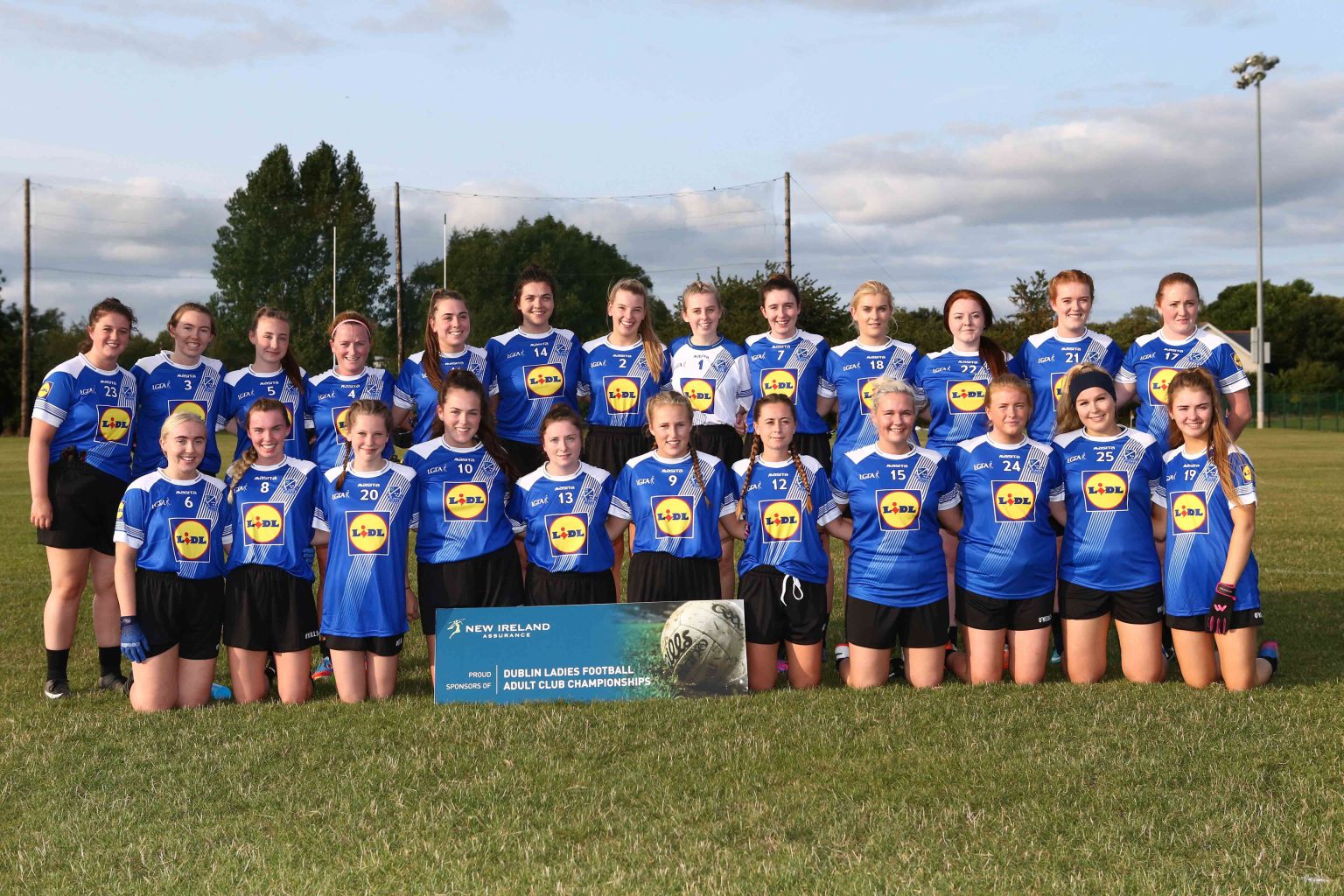 Traded points between Keating and Ballymun skipper Roisin D’Arcy kept them nine points in front, before Emmet’s added a respectable look to the scoreboard with a late rally.

However, try as they might, they couldn’t bring a halt to Ballymun’s title march.

ONE OF THOSE DAYS FOR DUBLIN IN TONIGHT’S U16 ALL IRELAND...