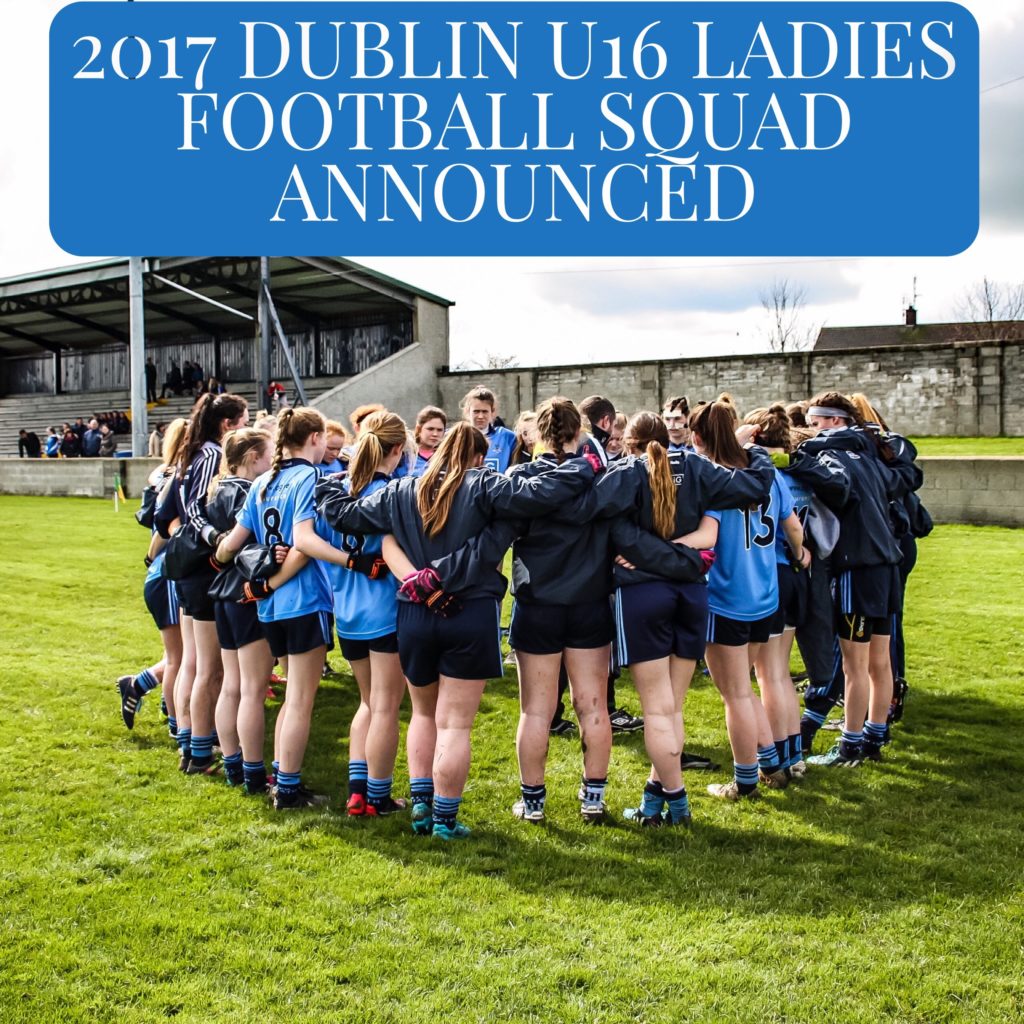 Following a series of trials which ran for a seven week period, the Dublin U16 squad which will represent their County in the championship of 2017 has been announced. The 35 strong squad will begin the defense of the Counties Leinster crown with a home fixture against Meath on the 12th of March next.

In total over 220+ players were involved in the trials process providing the Dublin U16 management team with a mammoth task to reduce this number down to the final panel of 35. The standard of football on display throughout the trials was of an extremely high level which is a huge testament to the hard work and dedication being applied by coaches at club level across the County.

Dublin manager Steve Davis and his management team would like to acknowledge the support of all clubs and parents who cooperated with him over the last seven weeks insuring the smooth running of the trial process.

Cuala’s Grainne O’Driscoll has been announced as the sides captain with Roisin McGovern of Foxrock Cabinteely taking on the role of vice-Captain.

All players listed below are requested to attend a squad training session this coming Saturday in Stars of Erin GAA club. Players are to meet at 11.30am with the session running from 12pm to 1.30pm. Girls are required to bring their, gumshields, water bottles, boots, RUNNERS and warm clothes.

* Robin Robin series of games in each group
* Placing’s decided by 3points for a win and 1point for a draw. Where two or more teams on the same points placings are determined as follows
* 2 teams tie the game is decided (a) Head to Head (b) Score difference (c) No. of scores.
* 3 or more teams tie it is decided (a) Head to Head (b) Score difference (c) Count back the scores between the 2 teams that remain tied. The scores from the 4th Team is disregarded at this point.
* Winner promoted, 2 losers go down.
* 5th & 6th placings determined by Head to Head. If they have not met there will be a play-off to determine position (*Only applicable to U14)
* Unlimited Subs up to semi finals
* Semi Finals & Finals – 5 Subs