A new manager always brings excitement and maybe a little uncertainty at the beginning of any campaign. The shift put in by Pat Gilroy and the Senior Hurlers last year will have created a sense of confidence among the Dublin hurling fans. OK, the win cup wasn’t overflowing by any stretch. But after a number of years of promises and inconsistencies, it was definitely a joy to behold as the senior panel left themselves on the field. Particularly at the end of the League campaign and right through the provincial competition. And that’s all any supporter can ask of their teams. Right?

With only a season under his belt, sadly Pat Gilroy stepped away from the helm due to work commitments. But his replacement, it would appear, is a popular choice among both players and fans alike. The county set up is in a much better place thanks to Pat, Mickey Whelan and the rest of the back room team. And of course the players who stayed on, returned, and committed to that vision for 2018.

Mattie Kenny’s experience will bring that set up to the next level, there is no doubt. But we’re not ones to be too presumptuous. Are we? We’ll deal with things in small portions. And once the Leinster pre-season competitions are out of the way, regardless of the outcome, the National Hurling League will throw in on January 26th.

With many expecting Dublin to bounce back from relegation to Division 1A last year, unfortunately that didn’t happen. But when you look at the performances of the Dublin side across the Championship, you can see clearly, 1B safety was the target. And building towards to championship was the second box to be checked.

It was quite clear that Limerick and Galway would be sharing first and second spot in the division. A round 5 win over Laois ensured Dublin would finish level on points with Offaly. And only 0-02 seperated them on score difference. Their opening day defeat to Offaly in Croke Park was certainly an eye opener, but you only have to look at the follow up fixture in the Leinster Round Robin to see the wrong was righted.

The Division 1B Lineup fro this year

So. Limerick promoted to Division 1A, Dublin will have to contend with Galway, Offaly and Laois. In addition they’ll face relegated Waterford and promoted Carlow as new opponents. Waterford only won two of their five round games in 1A last year and after beating Cork in Round 4 by 0-05, they lost to the rebel county by the same margin in the relegation playoff. Their Munster campaign was a forgettable one, with a draw against Tipperary in Round 3 being their best result of four games.

Carlow beat Westmeath in the Division 2 Final, despite loosing to them by 0-04 on the opening day. Their route to the Championship was through the McDonagh Cup. Again they faced Westmeath and won the Final. But they drew eventual All Ireland Champions Limerick in the preliminaries, and that was as far as they went.

What we’ve seen from pre season

Not that you can take anything from the Walsh Cup but Dublin have already beaten both Offaly and Carlow by 0-09 and 0-08 respectively. They’ll also be facing future League opponents Laois this weekend in the final round. Laois have beaten Offaly, but were beaten by Carlow in the last fixture, so it’s not beyond Dublin to secure their third win and a place in the Semi Finals with Galway, Kilkenny and Wexford. All perfect training opportunities for the campaign ahead. And they’re still awaiting the return of more established panel members, including the contingency from Ballyboden St. Endas.

Dublin won’t fear anyone in this year league competition, with Galway certainly standing up as their toughest opponents. They will have two games under their belts before heading to Pearse Stadium on February 17th. But on paper, Dublin will be expected to finish in either of the top two spots in 1B. And it’s certainly not beyond them. They won’t want to be finishing in the fourth spot and facing the top team from 1A in the League Quarter Finals like last year, but of course they also won’t shy from the opportunity should it face them.

After that, and if all goes well, who know’s what we’ll be looking at come the end of March.

For more details of these and all Dublin GAA fixtures confirmed for 2018 just click here. 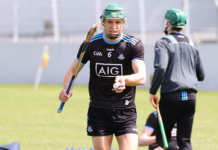 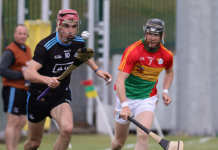 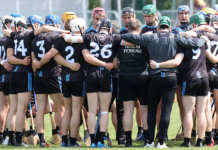 I HAD KIND OF BUILT UP LAST YEAR TO BE MY...

DUBLIN HURLERS WILL SEEK TO EXTEND THEIR SUMMER THIS SATURDAY