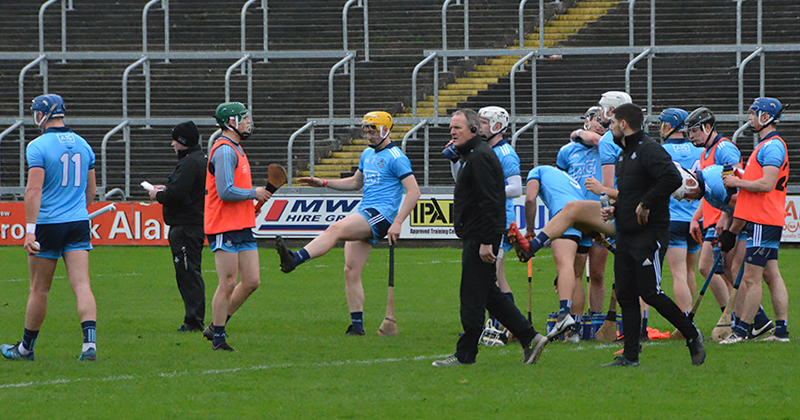 In a few days time the long wait for fans to see the Dublin Senior Hurlers will come to an end. And there’s no more a mouth watering fixture to get their Allianz Hurling League campaign up and running than one against the muscle of Kilkenny.

Mattie Kenny’s Senior Hurlers will commence a five game round robin journey, travelling to Laois and Wexford. And they’ll have home games against Antrim and Clare snadwiched in between, playing for the top spot in Division 1B

This year there will be joint winners of the league from both Division 1A and 1B. However should the winning teams meet during this year’s Championship, that game will double as a League decider.

And this weekend, with no crowd allowed attend the proceedings in Parnell Park, fans can catch the action on EirSport.

Kenny will look for improved form on last year

In a repeat of last year’s league opener, the Dublin Senior hurlers will look to over turn the 3-21 to 0-18 defeat they suffered at the hands of Kilkenny. Two first half goals from the Nowlan Park home team saw Dublin chasing the game from the throw in. And despite a better showing in the second session, Kilkenny eased to victory.

Wins over Laois and Carlow followed for Dublin. But defeat in their final two games against Wexford and Clare saw Kenny’s men finish fourth in the Division 1B Table.

In late October Dublin came up against Brian Cody’s men once again. And for spectators this game had more depth that their January encounter. Dublin came close to an impressive comeback.

After trailing by 16 points, the Dubs rallied in teh final quarter of the game in Croke Park. And by the 71st minute a Daire Gray point saw the sides level. But late scores from Alan Murphy and Huw Lawlor saw Kilkenny over the line and into the Leinster Final. Donal Burke finished the scoring bringing Dublin back to within the minimum as the clock ran out.

Mattie Kenny will want to start this season on the front. But for no other reason, it will be great to see some inter county action after yet anothe forced hiatus.