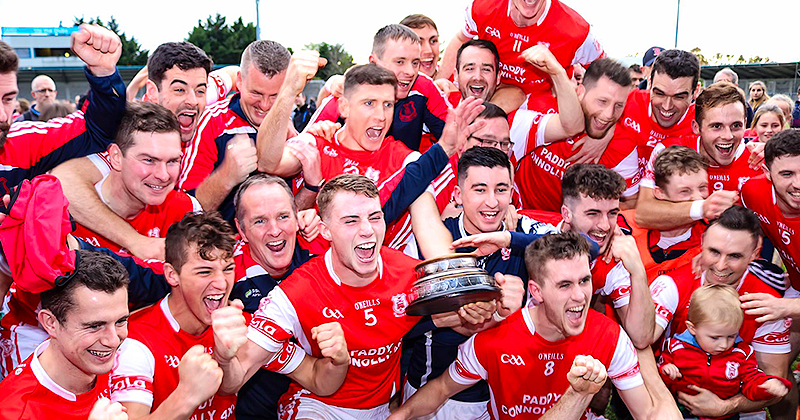 While they were pushed to the limit at the weekend, Cuala managed to dig deep and retain the Dublin Senior Hurling Title for the second year on a row.

It had taken 21 years to bring the title back to Dalkey in 2015, and the reigning champions defiantly dug their claws in a held on to keep it for another year.

They’ll now want to go one better than last years final appearance in the AIB Leinster Hurling Championship. Two goals separated them and Oulart-the-Ballagh who lifted their first Leinster trophy.

Cuala manager Mattie Kenny has praised the teams drive. They fought hammer and tong to finally regain county honours last year and to do it again is a credit to their will to succeed.

“If you win one county Championship and you have no ambition after that, then you’re not much of a sportsperson, are you?” Kenny told the Independent this week.

And physical it was. Crokes, to their credit, seriously upped their intensity after Saturday’s first half performance.

The old cliché of the wounded animal springs to mind. Kilmacud found themselves down 1-05 to no score on 20 minutes and Cuala really did look firmly in the driving seat ending the half seven clear.

But it took 17 minutes and eight unanswered points to put Crokes ahead for the first time in the game and Cuala looked bruised. A Fergal Whitely shot on goal was saved and that could have made this a totally different outcome.

“They showed great character,” Kenny said of the Crokes team. “They had the momentum.

“They upped the tackle-rate a serious amount in the second-half. It took us 10 or 15 minutes to settle down and go man-to-man and pick them back up a bit.”

“But it just shows the character our lads have as well.”

They were getting all the breaks. But we didn’t panic. We regained our shape and got a couple of scores and thankfully, we finished very strong.”