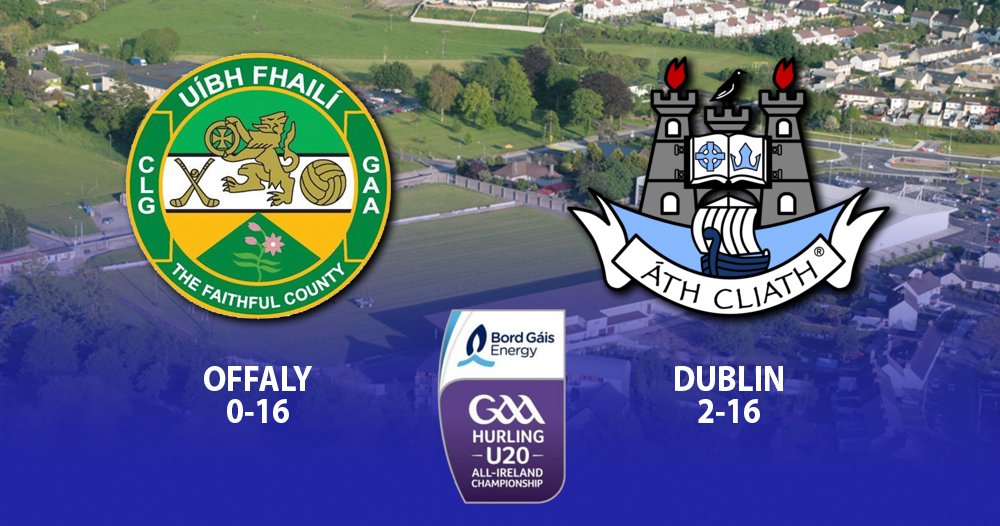 Two second half goals on the home straight were all the difference as Dublin’s U20 hurlers saw off a spirited challenge from Offaly to secure a Semi Final spot in this year’s Eirgrid Leinster Hurling Championship. And they now face Wexford next Friday hoping to reach the provincial decider.

Check out our first goal- blasted home by Darach McBride!

In what became an enthralling contest, nothing seperated Dublin and Offaly coming into the close of this afternoon’s clash. With 52 minutes on the clock the sides were deadlocked at 0-14 a piece. That all changed quickly. Darach McBride secured possession 15 yards out from goal. As he surged forward into open space he buried the sliotar into the Offaly net.

Three minutes later, with plenty to do, Kevin Desmond received a pass off the ground from Pádhraic Linehan. The young Dub struck the ball perfectly despite pressure from the Offaly defence to finish to the net.

Offaly will feel hard done by after coming from 0-06 to 0-01 down in the opening half to clse the gap to two points by half time. And with 10 minutes remaining in the game Eoin Doyle and Jamie Guing came to the fore drawing level with Dublin, giving them a ray of hope.

Dublin’s points kept coming though, with Darragh Power, Eddie Gibbons, Micheál Murphy and Liam Murphy all adding scores to the scoreboard. Ultimately the goals from McBride and Desmond decided the outcome, with Dublin advancing, sending Offaly out in their own front yard.