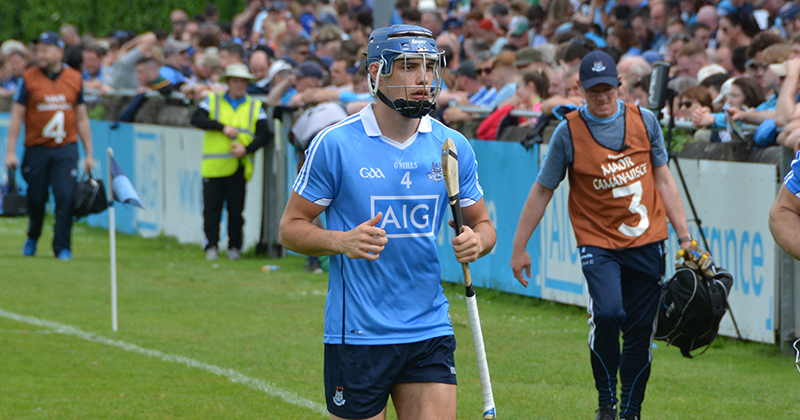 Tony Kelly’s return to the Clare hurling panel was more inspired than any Dublin hurling supporter will care to admitas the dust settles on yesterday’s Allianz NHL duel in Parnell Park.

Mattie Kenny’s side faded in the third quarter in a scintilating game of small ball in Donnycarney with both sides epxeriencing purple patches over the 70 plus minutes. But it was Clare who picked up their second win, with Dublin suffering their second defeat. And they leave it all to do against Wexford next weekend.

After suffering a dead leg in Clare’s game against Wexford, Ballyea’s Tony Kelly hit the lights out with a haul of 20 points, 16 from frees, to ive the Banner Men a vital victory.

Dublin saw out the game with 14 men, losing Eoghan O’Donnell to a second yellow card seven minutes from time. It was a sucker punch for the Dubs as O’Donnell had been prolific thoughout.

At the first half water break both sides had registered 0-06. But Clare quickly moved three ahead thansk to Aaron Shanagher, Kelly and Shane O’Donnell. And they were five ahead on 25 minutes before Dublin hit 2-03 at the end of the half.

After points from Donal Burke and Mark Schutte, Ronan Hayes raised Dublin’s first green flag. Hayes followed up with a point to put Dublin 1-10 to 0-12 ahead. And Cian Boland struck goal approacing half time to give the home side a lead of 2-10 to 0-13. But before the break Kelly hit points either side of a Donal Burke score to end the session on a 2-11 to 0-15 scoreline.

Dublin’s workrate caused Clare problems before they push on

The Dubs started the second half like they finished the first. Boland, Burke, Danny Sutcliffe and Chris Crummey. But five minutes in the sides were level again and Clare took a hold of the proceedings. They punished Dublin with Kelly sending over free after free, only shooting one wide dead ball all afternoon.

David Fitzgerald’s introduction after the second water break lent further punch to Clare and he reeled off two points while sub David Reidy also got on the scoresheet.