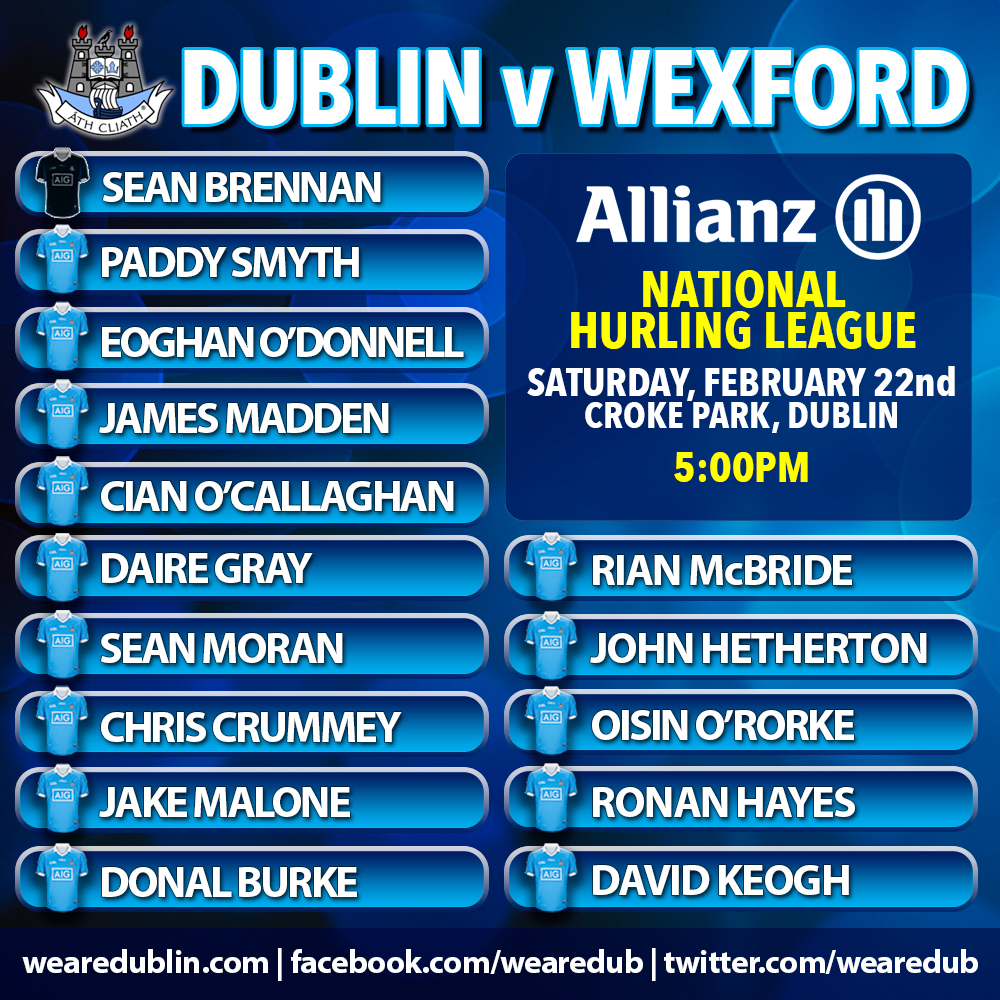 Since suffering a heavy defeat on the opening weekend of the Hurling League, Dublin have registered two victories, but Mattie Kenny will know that a tough test awaits in Wexford at the Jones Road venue.

While Clare sit three for three at the top of the Group B Table, Kilkenny, Wexford and Dublin are all part of the chasing pack. Wexford come into tomorrow’s game off the back of a two point win over the cats in the last round. Davy Fitzgerald is no stranger to Croke Park and the confines will suit him and his Wexford players.

Meanwhile Mattie Kenny has made three changes to the side that beat Carlow in Round 3.

Seán Brennan takes over in goals after Alan Nolan lined out there in last Saturday’s victory over Carlow. This is Brennan’s second start in four games as the two keepers share the spoils in the League so far.

Cian O’Callaghan comes in at wing back in place of Shane Barrett. The Cuala man was a half time replacement for Barrett in the last game and holds onto the spot.

Davy Keogh shone in attack and scored 0-2 in an all action contribution after coming on for Mark Schutte at half time against. And like Cian O’Callaghan, he has been rewarded with a start at corner-forward tomorrow.