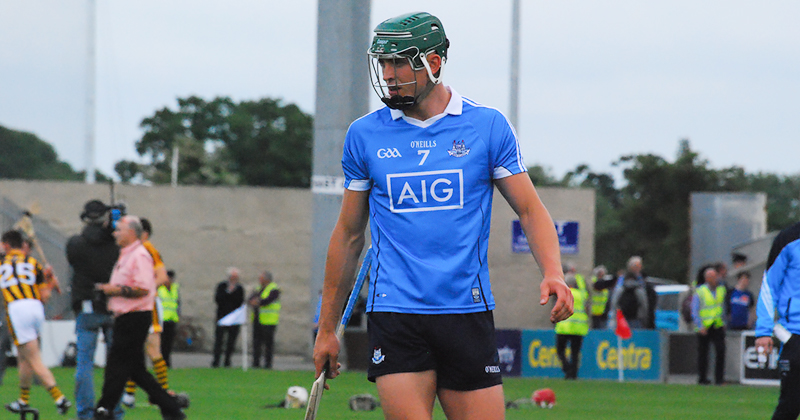 As unconventional as it might sound 23 year Chris Crummey has been escalated into a veteran’s role in this year’s Dublin Senior Hurling panel.

Johnny McCaffrey, Peter Kelly, Paul Ryan, Daire Plunkett, Niall Corcoran, Shane Durkin, and Glenn Whelan among names that are no longer part of the county set up, leaving manager Ger Cunningham to fast track others up through the ranks.

Six of last year’s Minor panel have already played a part in the senior games this year, so Chris’s view of the pitch is a lot different to twelve months ago.

And he’s not against sharing his influence on the younger squad members looking for mentoring.

“Any information that you have, any help you can give to younger lads in the dressing-room, it’s important to pass it on.” Crummey told GAA.ie

“I’m a year older and a year more experienced. I take that responsibility, I don’t feel any burden. And management aren’t placing it on me.”

He’s not completely alone though, as Liam Rushe will return to action tonight after serving a red card ban. Plus yesterday’s team announcement sees the return of the old hand Ryan O’Dwyer. And go course Gary Maguire is still playing his part in pre season action.

“It’s good to have lads like Gary Maguire and Ryan O’Dwyer making me feel young still but I definitely am above average in terms of age and in terms of experience as well.”

But against the swirling speculation of a difficult third year under manager Ger Cunningham, Dublin have been full of steam and have proved very strong in their first two Walsh Cup games against Carlow and UCD. And everyone expects these young men to perform against a solid Wexford side tonight in the hope of advancing to the semi final stages of this competition.

There is a determination from a lot of these young players to stamp their mark on this team before they get down to the serious business of Division 1A hurling.

“So far, all I can do is judge them on training and games and they have been performing really well.”

“They’re not short on confidence at all, which is great. Hopefully they can continue that now for the remaining games in the Walsh Cup and into the League.”

With the current combination of young and old, plus a large contingent of Cuala players still to return from All Ireland Club duty, there is the makings of a highly competitive side for 2017. And based on their current form who could argue?

“But it’s just a great opportunity for those lads to stay in the team for the Walsh cup and into the league and give Ger as many headaches as possible coming into the Championship.”