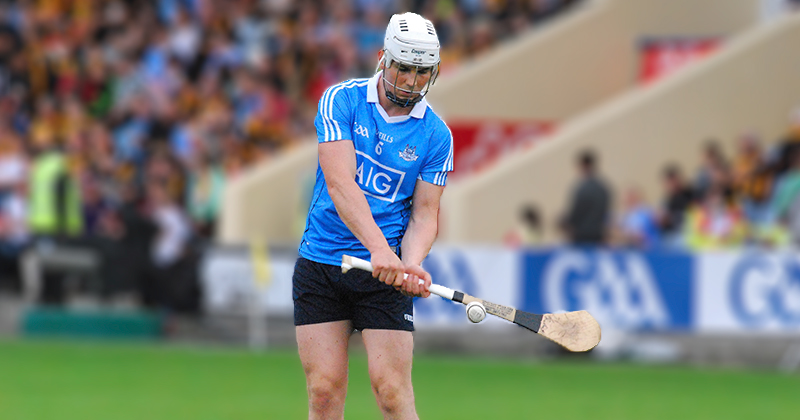 Following Dublin’s awful beating by Galway in the recent Leinster Quarter Final in Tullamore, captain Rushe was half expecting the line of questioning to be all about their performance, yet another line of questioning crept in and made the St. Pats man crack a smile.

While the world of hurling was dissecting the 70 plus minutes which saw Galway walk over Dublin, social media had picked up on the fashion statement of the game. But Rushe was quick to see the funny side of the questioning.

“I suppose I forgot how traditional the GAA is.” Rushe laughed. “There seemed to be a lot of opposition to them.”

“There’s no big story, I wasn’t making a fashion statement.”

During Dublin’s relegation play off against Clare, Rushe had decided to break in some new boots and as a result had developed some serious blisters. And the search for some special footwear before the Leinster Quarter Final only blossomed some socks designed for marathon runners. So Liam had to brave choice and hope for the best.

Calm down lads. The socks were just trying to ease the pain, no fashion statement intended. pic.twitter.com/WDQPBgzJRx

“I suppose they are supposed to be the best on the market for a bit of protection.”

“Half my feet were purple so I just said I don’t really care to be honest, I’ll wear them if I want.”

“They were destroyed in the relegation battle and I’ve been struggling to get them back fixed since. So I went with those socks.”