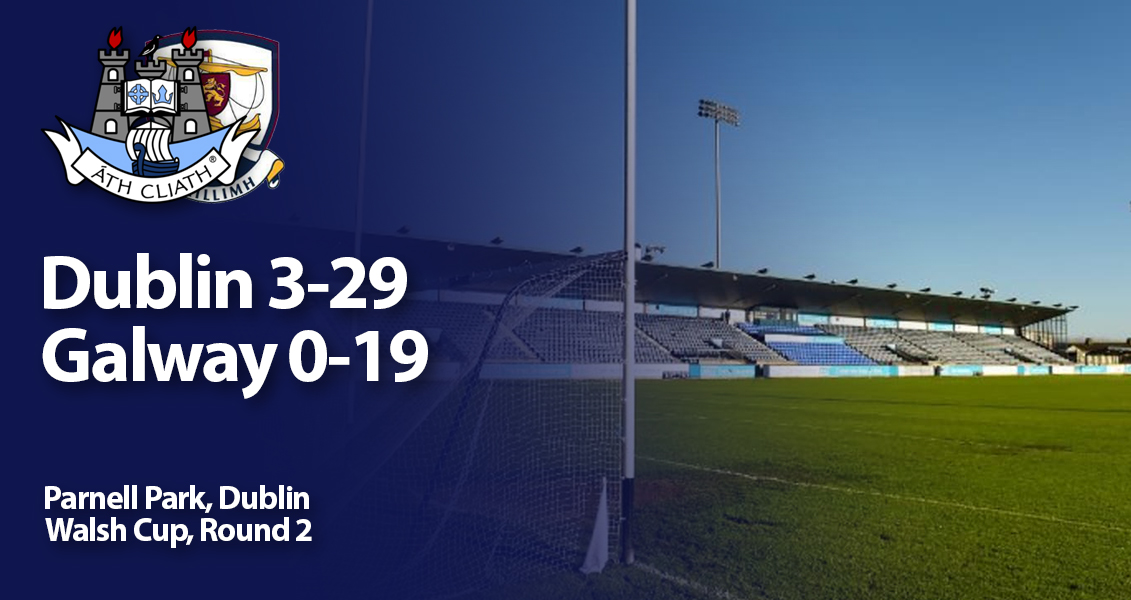 Certainly a disappointing day at the office for Galway, but the Dublin Senior Hurlers took advantage to score a huge 3-29 to 0-19 home win. Impressive from start to finish, the Dubs finished 19 points to the good, making it 2 wins in less than a year over the Tribesmen, beating them in last year’s Leinster Semi Final.

0-18 from top scorers Donal Burke who recorded his first starting place for 2022. Burke, Chris Crummey, Rian McBride and Cian O’Sullivan produced massive scores to give the Dubs a 0-10 to 0-03 lead at the first half water break. And on the 20 minute mark McBride registered the first of Dublin’s three goals.

By half time, thanks to more scores from Burke and O’Sullivan, Dublin held an 11 point lead, going into the dressing room 1-16 to 0-08 ahead of Henry Shefflin’s traveling side.

Dublin capitalised on Galway fouls early in the second half as Burke notched up his tally from dead balls. Chris Crummey hit the net for Dublin’s second goal in teh 48th minute, racing clear after being played on by Ronan Hayes.

Mattie Kenny made a raft of subs from the 52nd minute giving valuable game time to some of his subs. Jake Malone and John Hetherton left their mark with scores. Alex Considine and Paul Crummey inter played to set up Crummey for the third goal at the end of the game, sealing a comprehensive win for Dublin ahead of their final Walsh Cup game against Offaly next weekend.

Peter Was Probably The Best Full Back I Ever Played With...

Dublin Hurlers Will Look To Bounce Back Against Laois

DUBS MUST WIN AS FEAR OF RELEGATION THREATENS