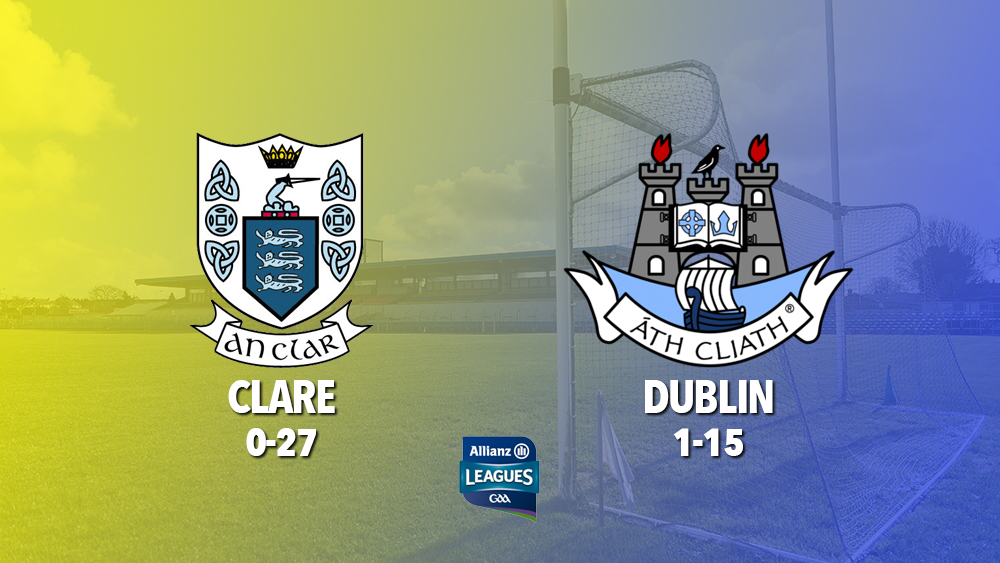 The Clare Hurlers became the first team to qualify for this year’s Hurling League knockout stages. And as they saw off the challenge of Dublin to remain unbeaten, they advance automatically to the last four of the competition.

Dublin to their credit put in a spirited performance, particularly in the first half. But It was Clare who found the extra gear to Dominate the second half and secure their fourth league win from five.

The men from the Banner County led by six points twice in the first half, and were up by 0-11 to 0-05 with 27 minutes gone. But Dublin would claw back that deficit. Well taken scores from Paul Crummey and Donal Burke started the comeback. Eamonn Dillon despatched an unstoppable shot to raise a green flag with two minutes of normal time to go. And in added time Burke hit his sixth to bring the sides level at the break on 0-11 to 1-08

Unfortunately for Mattie Kenny’s men Clare would return revitalised and hit seven of the first eight scores, putting themselves in pole position and comfortable. At that point they were 0-18 to 1-09 clear. Dublin did attempt to mount a comeback. Daire Gray, Burke and Ronan Hayes were all on target but it only reduced the gap to five scores.

Clare dug deep and stopped Dublin’s purple patch with scores from Gavin Cooney, David Reidy, Tony Kelly (three frees) to finish out the game. Donal Burke clawed one back for Dublin but the work had already been done by Clare to secure the victory. 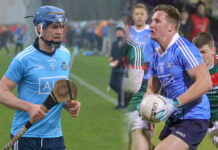 RUSHE A CONCERN FOR GILROY AHEAD OF THE WEEKEND