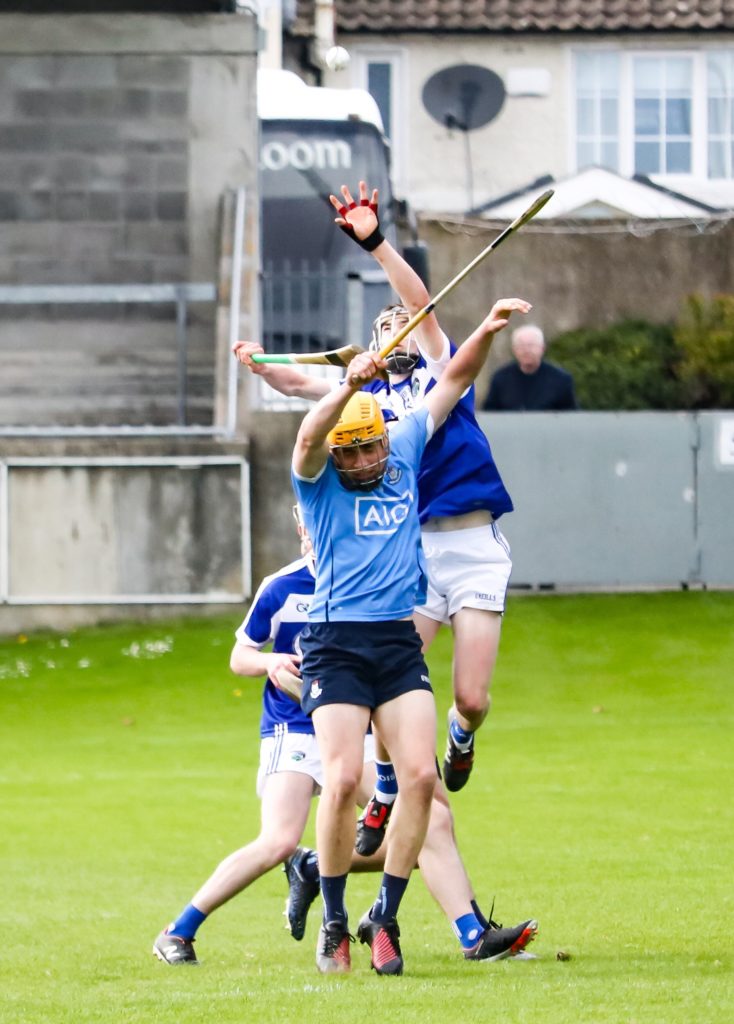 A strong finish from Dublin to Saturday afternoons Leinster Minor Hurling Championship tussle with Laois in Parnell Park, propelled the defending champions into the semi-finals.

The young Dubs quickly raced into a four point lead in as many minutes with a point from Sean Currie and an excellent goal from Kevin Desmond.

A minute later Laois grabbed their first score of the contest with a free from Oisin Bennett who was to cause the Dubs backline plenty of problems in the first half. 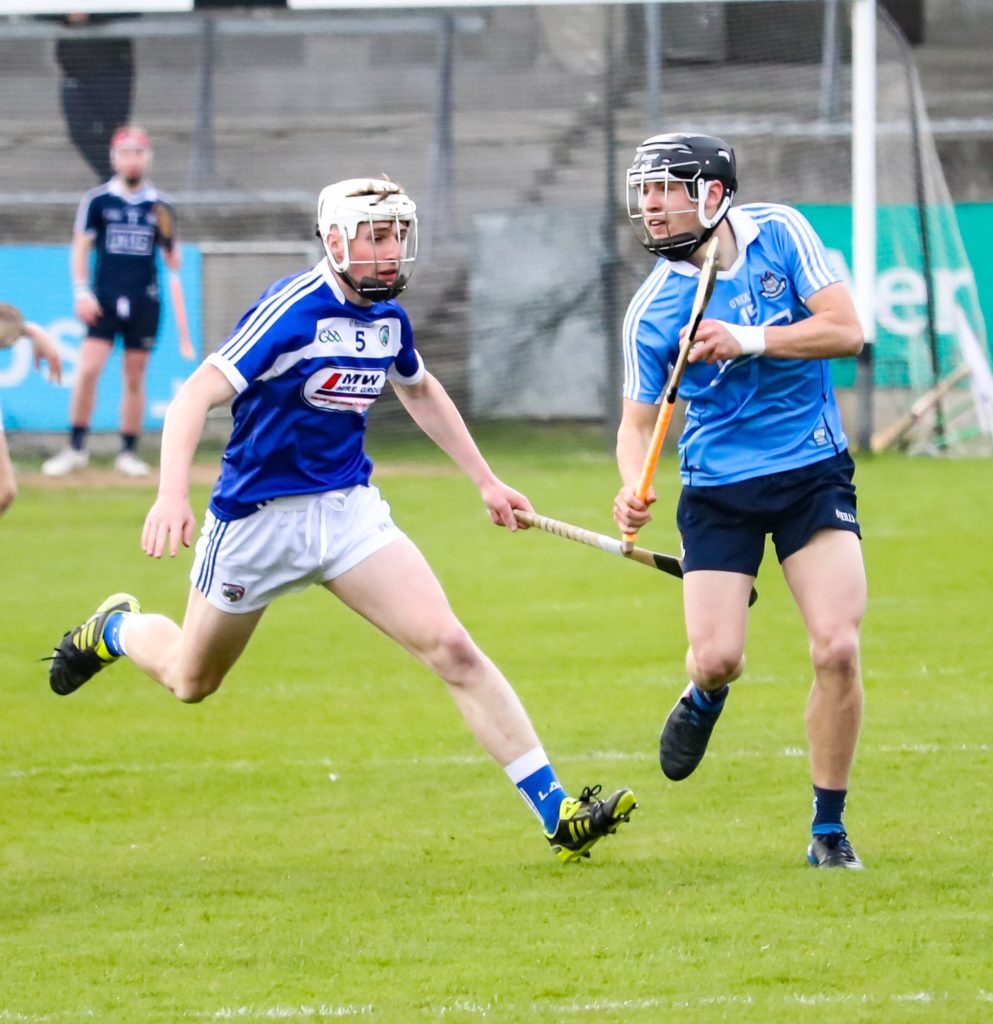 Laois hit a couple of poor wides and Dublin punished them with scores from Liam Murphy and Eoghan O’Neill to lead by five.

The men from the O’Moore County though enjoyed their best spell of the game and penned Dublin in their own half and drew level in a blistering four minute spell.

A pointed free from Oisin Bennett at the halfway point of the half was followed a minute later with a well taken goal from the same player. 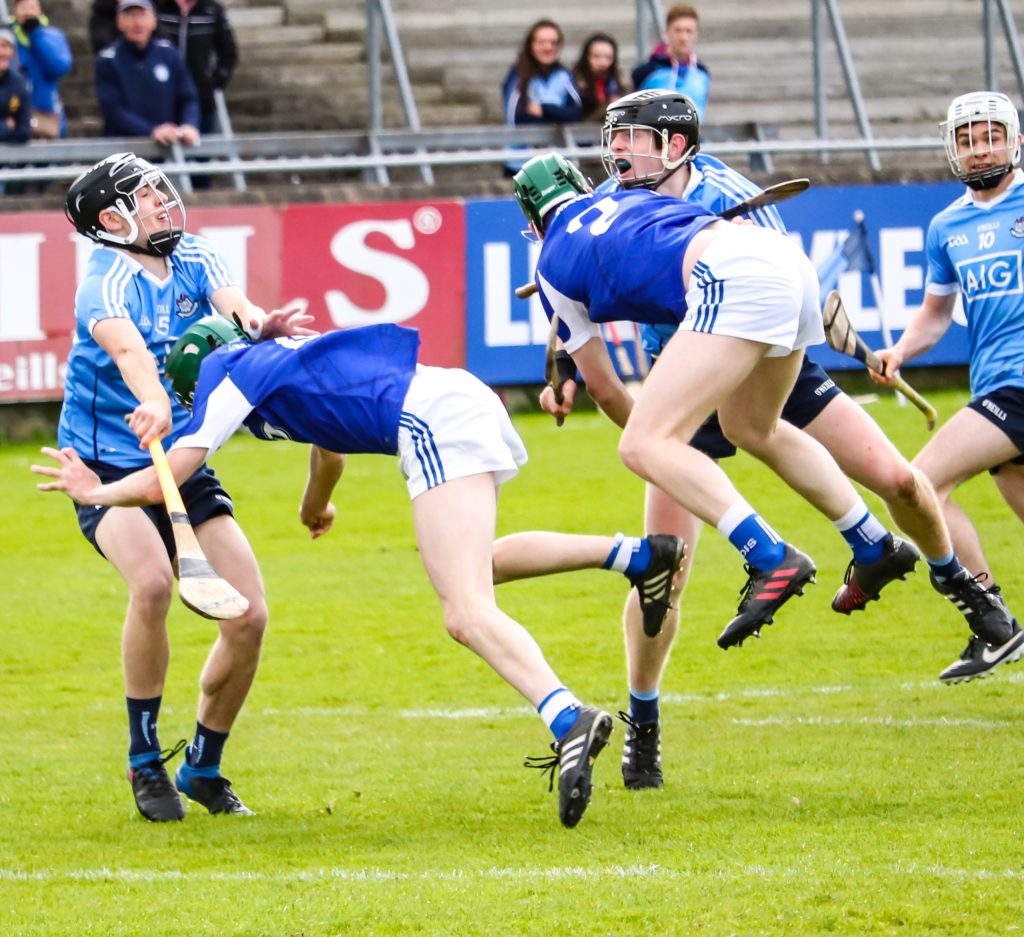 A long ball was played in towards the big number 14 and Bennett brilliantly caught the ball, turned inside his marker and blasted the ball to the back of the net. Moments later and centre half back Padraig Delaney hit the equalising point.

Dublin finally ended their Barron scoring spell in the 20th minute with a nice point from Emmett Allen. But Laois playing with a stiff breeze took full advantage and reeled off three points on the spin, the first from James Keyes and two from Dublin’s chief tormentor in the opening half, Oisin Bennett, one from a free and the other a fine effort from open play.

Just before the break Dublin’s Sean Curry scored a point from a well struck free to leave just a point between the sides as they headed into the dressing rooms with the score 1-06 to 1-05 in Laois men’s favour. 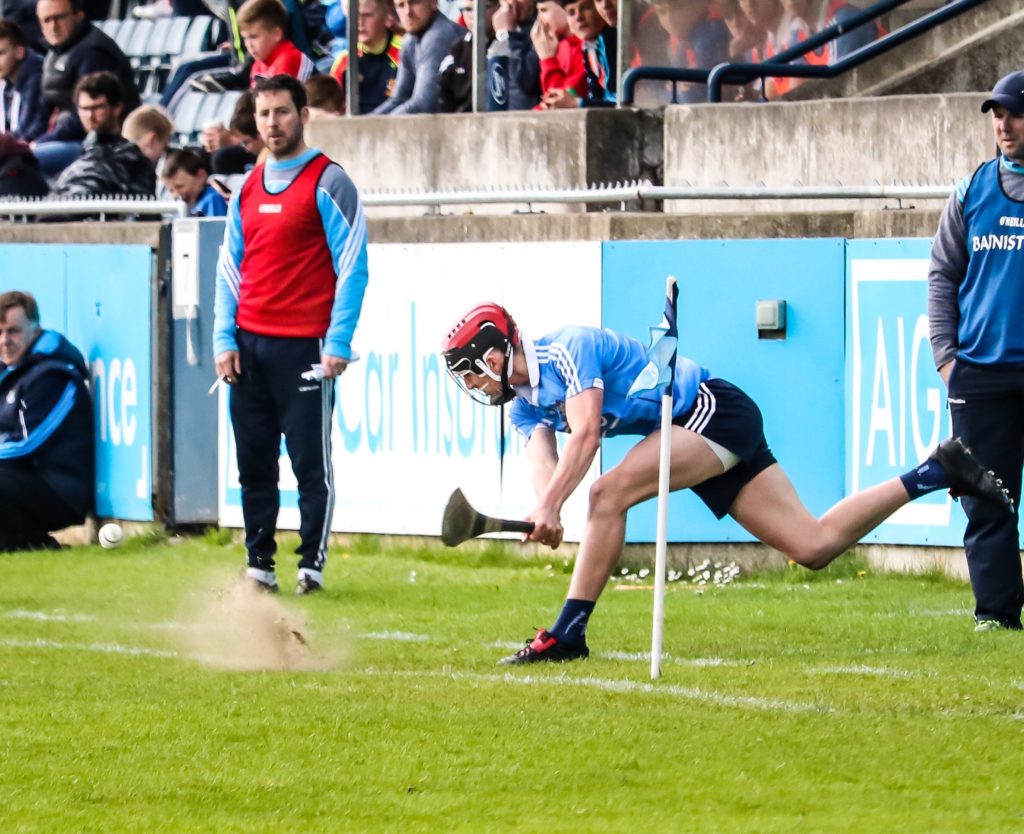 With only a score between the sides it was all to play for and Dublin had the advantage of having the wind at their backs for the second half. But they failed to make the most of the elements and struggled to find their scoring range hitting nine wides in the opening 15 minutes of the second period.

In between the missed opportunities the two sides did manage to hit a point each, Oisin Bennett for Laois and Sean Currie with the reply for Dublin.

Currie came to the fore for the boys in blue as the half wore on and brought the sides level with an excellent effort from distance. 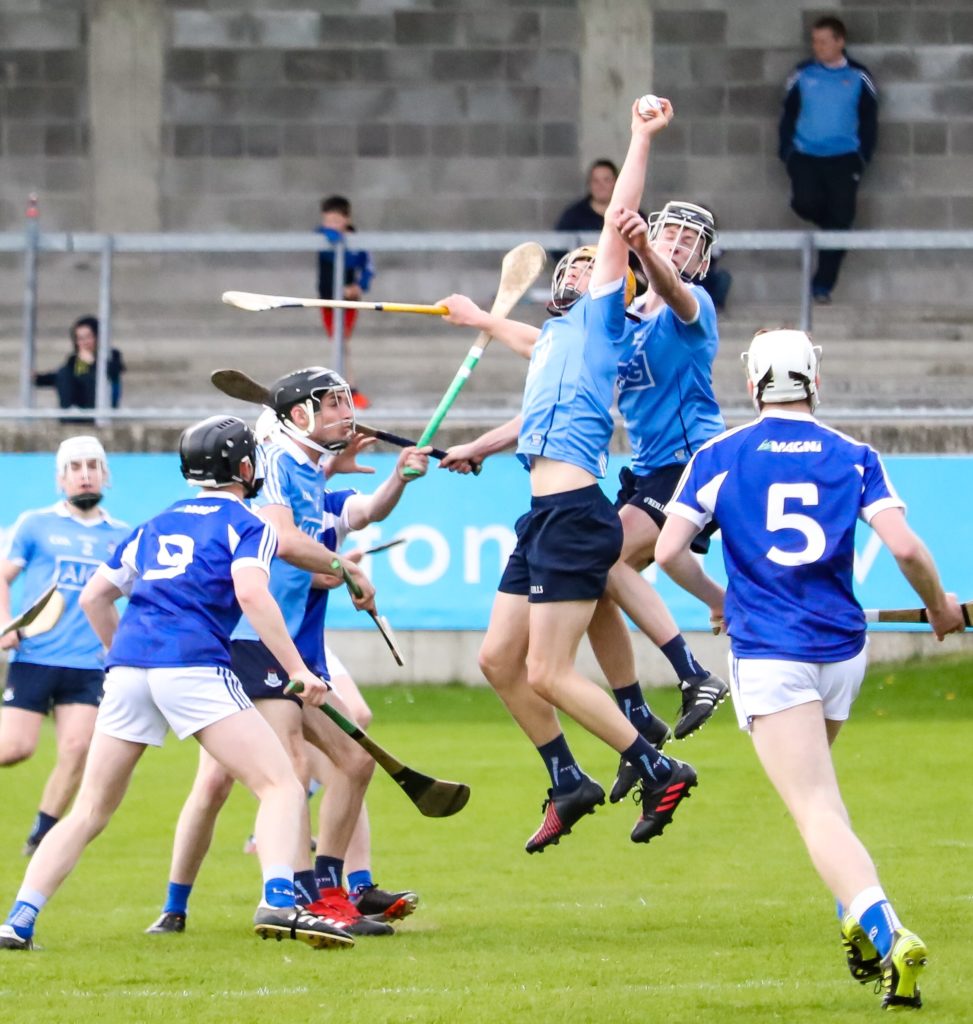 With the sides still level with ten minutes to play, disaster struck for the Dubs when Kevin Burke was sent off for a late and dangerous tackle. Laois grabbed the lead again from the resultant free scored by their main scorer in chief Oisin Bennett.

Now with an extra man it might have been expected for Laois to push on, but the sending off seemed to galvanise the men in Sky Blue and they dominated the contest to the finish hitting four unanswered points, three from Sean Currie, one from a 65 and the other two were stunning finishes from open play that raised a big cheer from the Stand.

Substitute Jason Byrne scored the fourth point, a brilliant effort from the right wing to wrap up the game. Dublin can now look forward to the semi-finals in a few weeks, they’ll be happy with the result today but they won’t be pleased with the high volume of wides they hit in the game and that will give them plenty to work on in training. 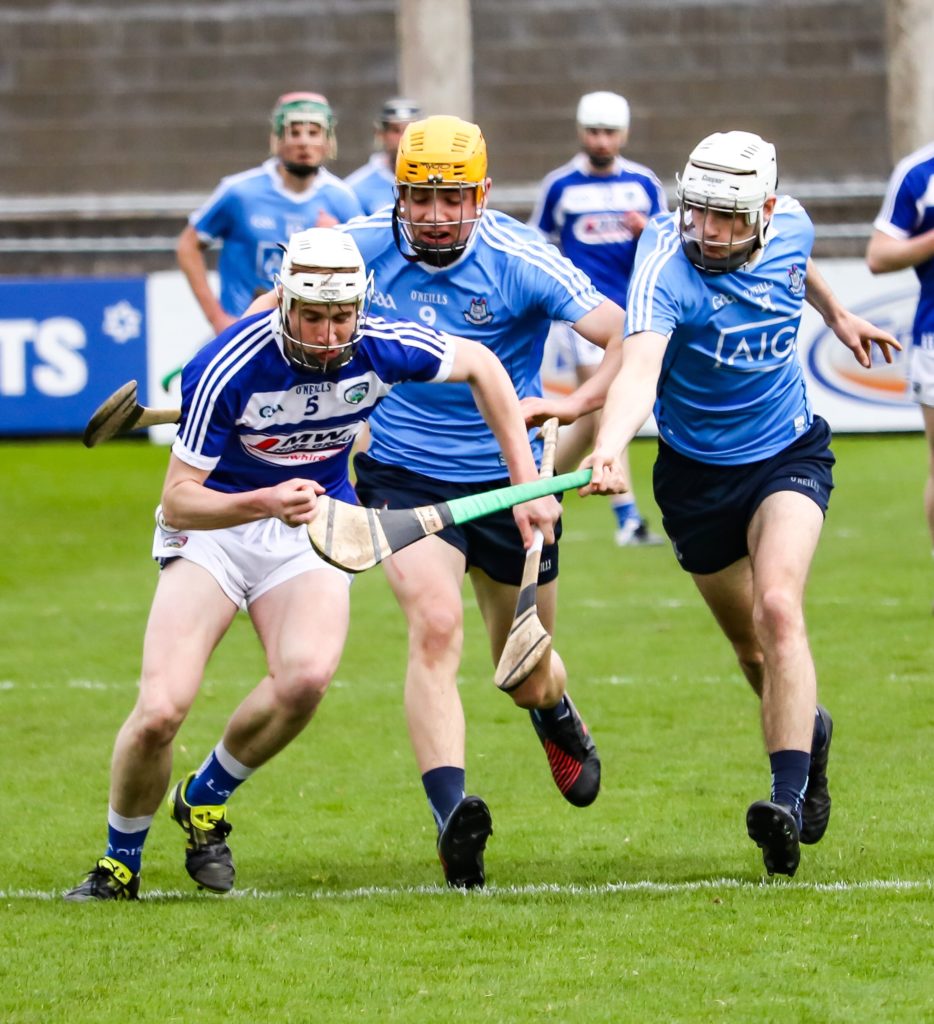 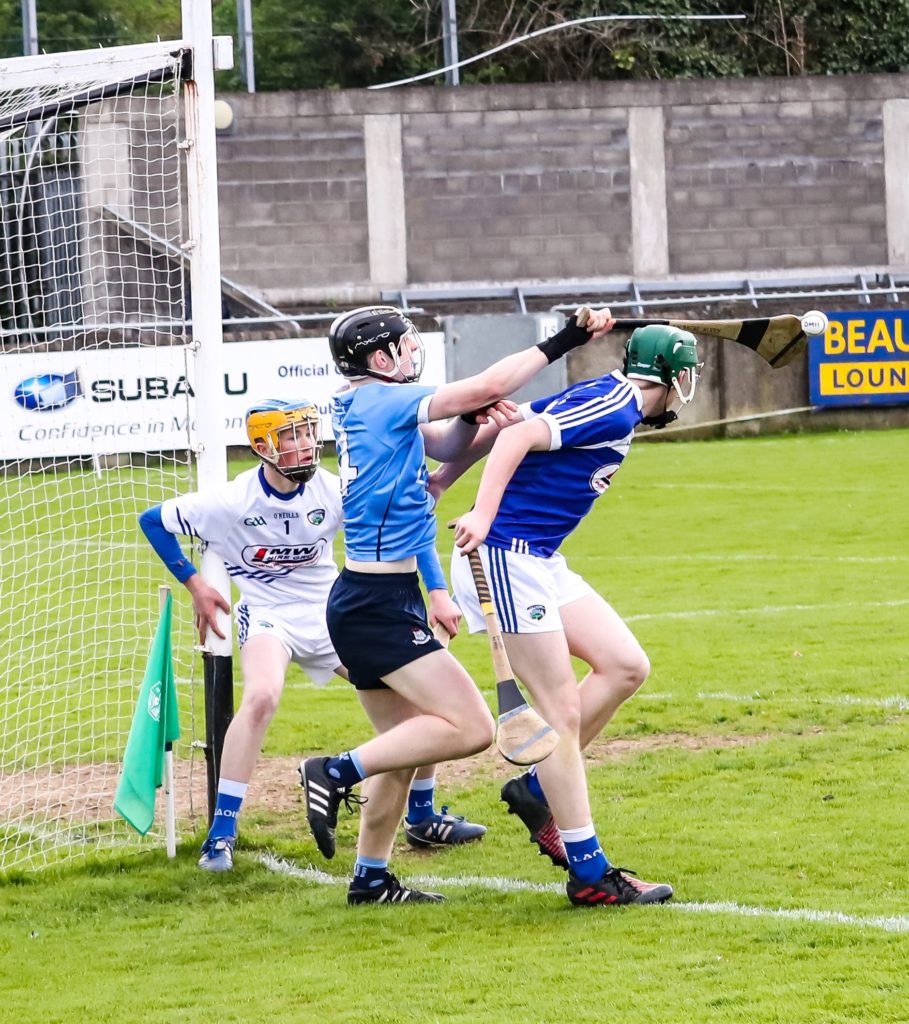 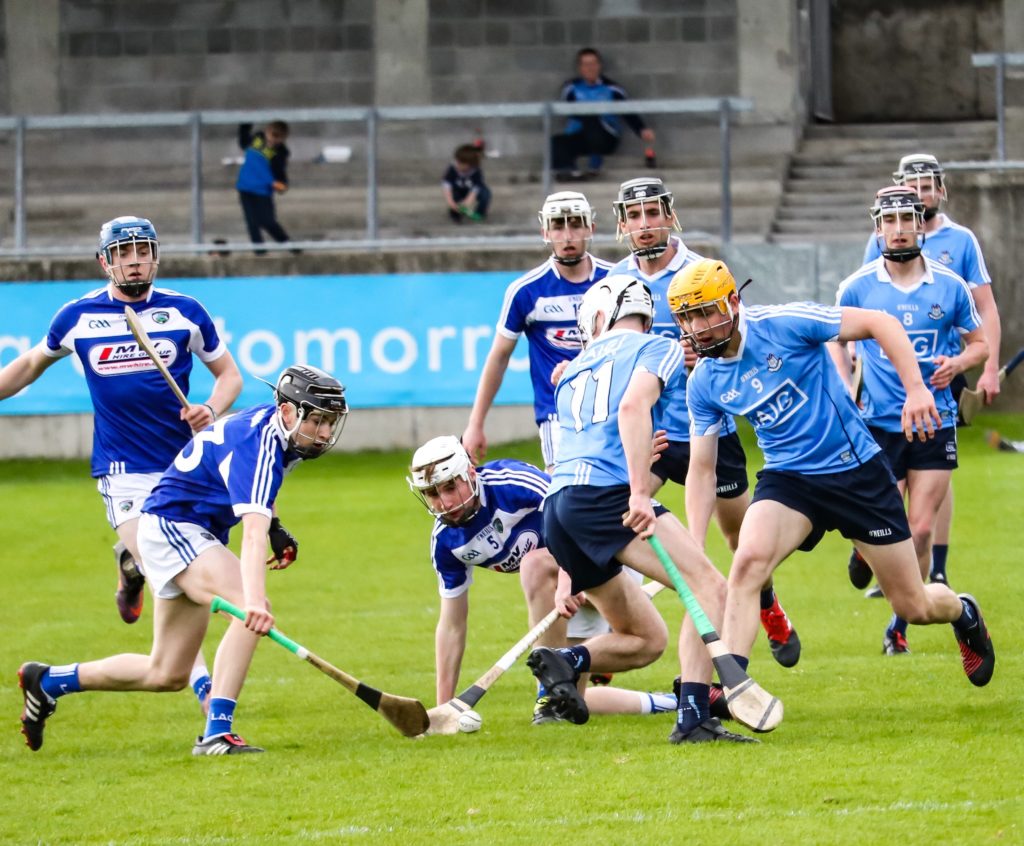 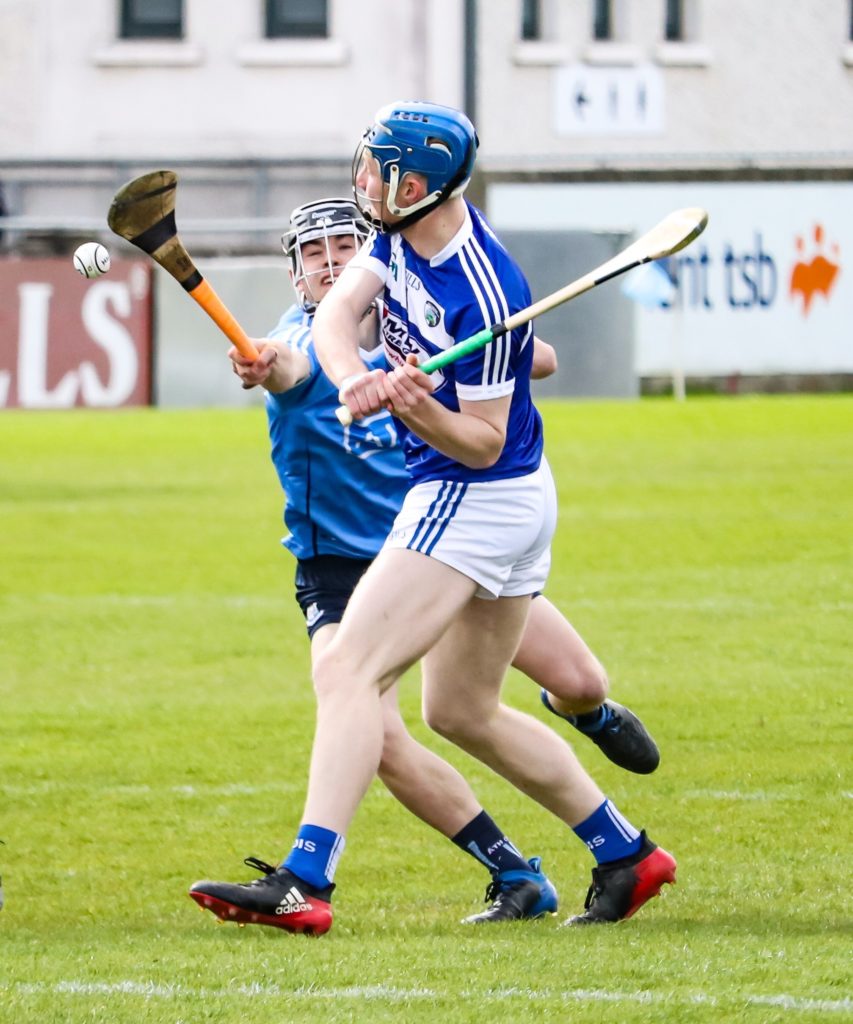