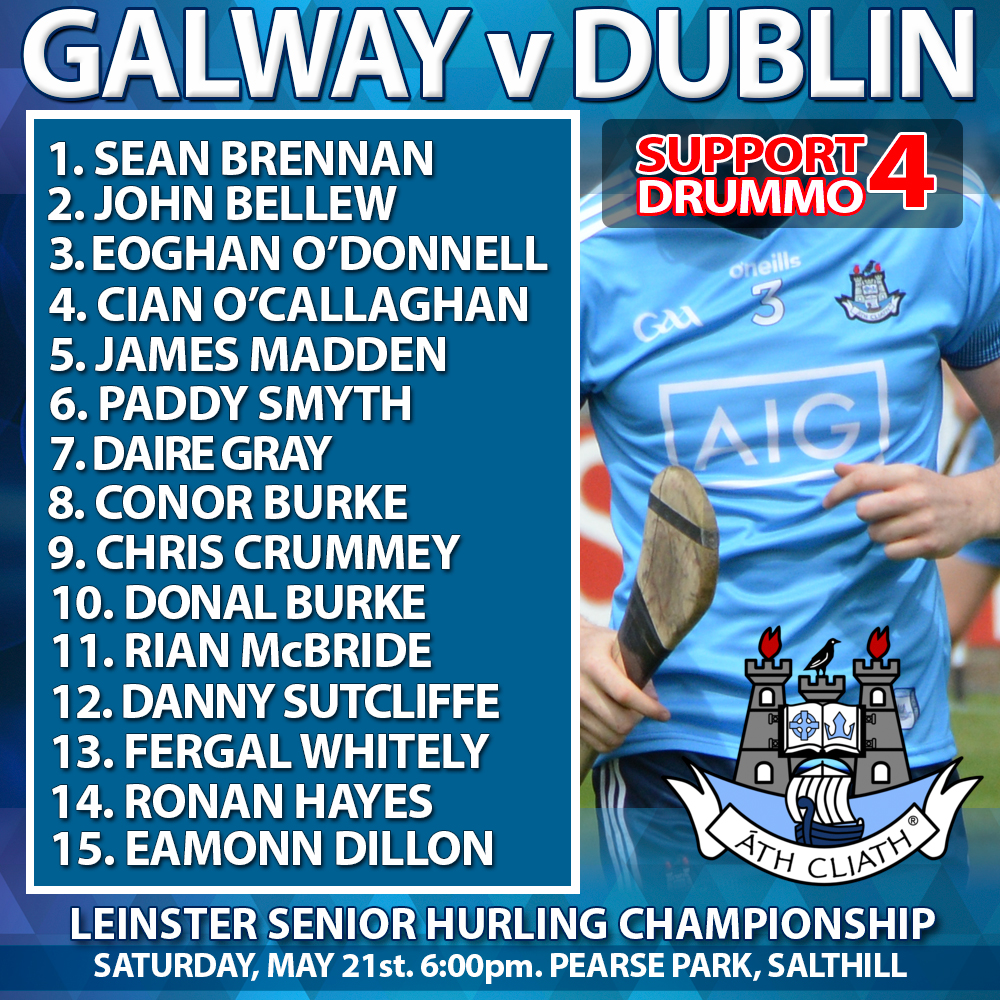 Before last weekend, the Dublin Senior Hurling panel were in a great position in this year’s Leinster Championship. After three straight wins they were top of the Round Robin table with two games to go. But an education last Saturday night against a very polished Kilkenny side now leaves them lying in third position in the table.

Tomorrow they face the huge task of traveling to Salthill to face Galway, who sit comfortably at the top of the table. They’ve had three wins on the bounce after drawing with Wexford in Round 1 and don’t look like letting that top spot go. That said, Dublin have put in some top performances against Galway over the past few years, and know how important.

All is not lost though for Mattie Kenny’s side should they lose. Provided Kilkenny come away with a win over Wexford, Dublin will be in an All Ireland Qualifier with the runners up in the Joe McDonagh Cup competition. But we’ve seen Dublin perform with their back against the wall before so let’s hope the game lives up to expectations.

Mattie Kenny has named his starting 15 for tomorrow night’s game in Salthill. And he makes two changes to the starting 15 from the Kilkenny game last week.

Go Ahead Senior 1 Hurling Championship Round 4

DUBLIN AND CORK TO MEET FOUR TIMES THIS WEEKEND