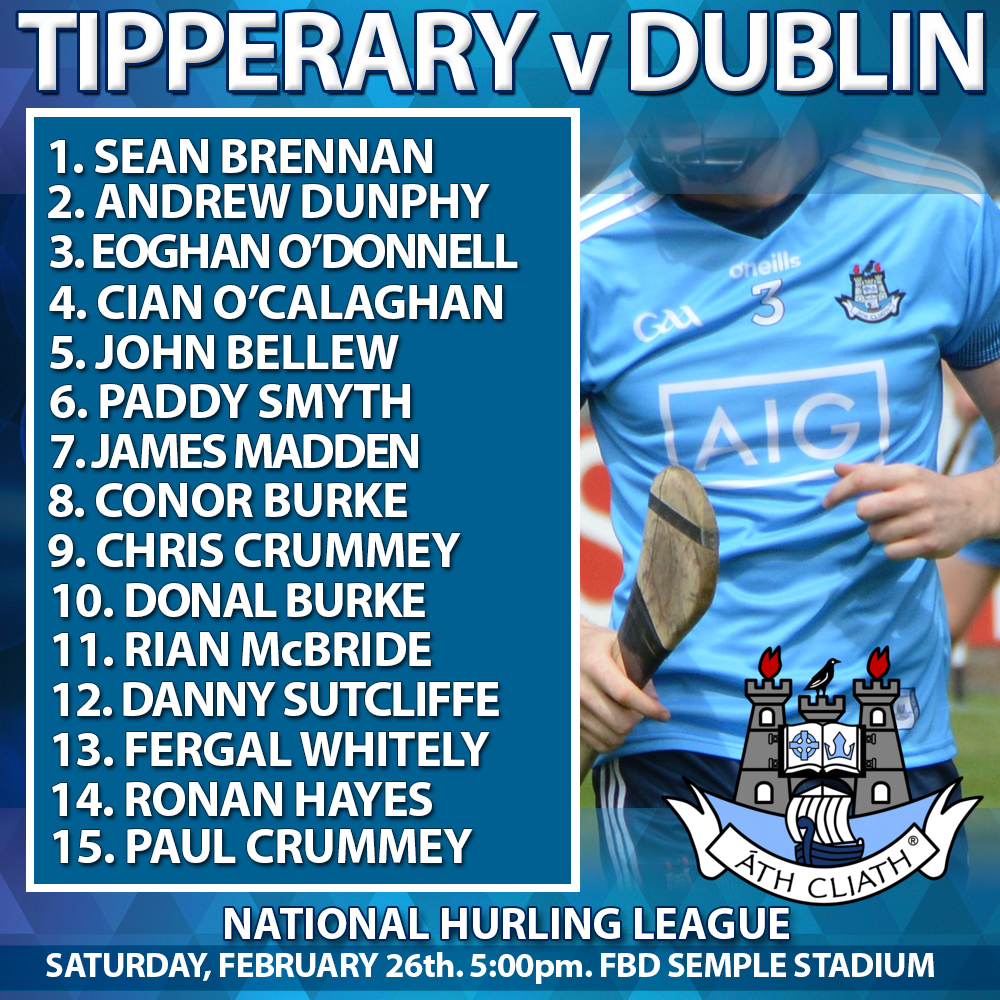 There’s no denying Mattie Kenny’s Senior Hurling panel have given Dublin supporters something to smile about since the beginning of the 2022 season. And so far in this year’s Allianz Hurling League, Kenny’s panel has carried through the grit and determination they dragged and pulled through the Walsh Cup right to their Final win over Wexford in Croke Park.

They’ve carved out a well earned draw against Waterford in Round 1 and followed that with a determined win over Antrim 2 weeks ago.

They’re facing a Tipperary side unbeaten so far in this campaign, and coming in hot after a 1 point victory over Kilkenny. Dublin are expected to cause the home side problems, but will need  their forward line firing on all cylinders. Captain Eoghan O’Donnell has organised a well drilled back six, and they’ll need to ensure there’s nothing loose.

Mattie Kenny has named his side to start against Tipp tomorrow. There is only one change to the side that started against Antrim 2 weeks ago, with Sean Brennan back between the posts in place of Alan Nolan.