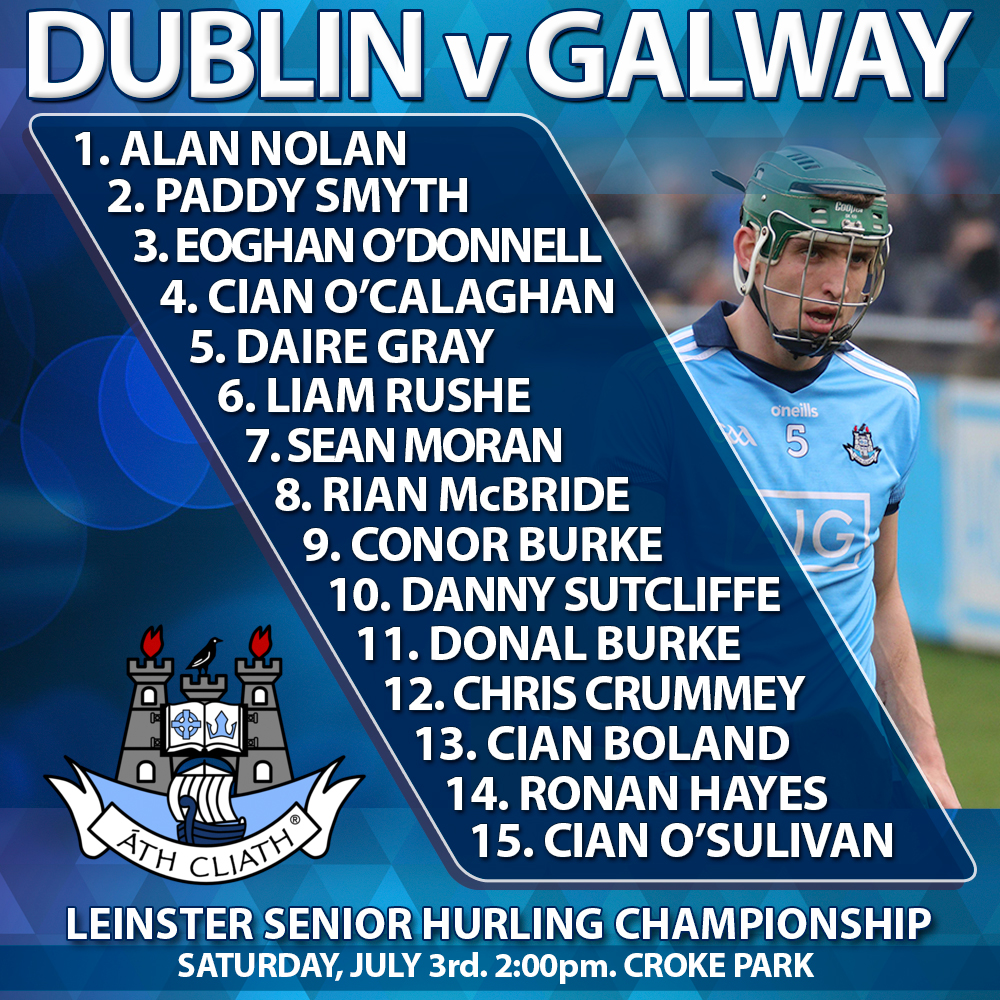 Any game of hurling against Galway is a massive occasion. And we’ve witnessed a few gems with Dublin involved over the years. Will tomorrow bring the same excitement as the Dublin v Galway clash the last time they met in the Championship in 2019? We’ll have to wait and see. But Hurling fans across the county will be hoping Dublin rise to the occasion once again. It’s Leinster Semi Final day and a huge double header in Croke Park.

Dublin and Galway will raise the curtain at Croke Park at 2:00pm. And they’ll be followed by the clash of Kilkenny and Wexford at 4:30pm as both winners will be advancing to the Provincial decider.

After Dublin’s comfortable win over Antrim last week, Mattie Kenny has made one minor change to tomorrow’s starting 15. Sean Moran, who was initially named last week but replaced as a starter by James Madden is named again. Outside of that it’s as you were.

If you’re not one of the lucky 8,000 to have got their hands on a ticket for tomorrow’s game in Croke Park, don’t worry. You can follow the action live on Sky Sports from throw in. And we’ll also be sharing score by score updates on www.twitter.com/weaeredub.

Go Ahead Senior 1 Hurling Championship Round 4

Dublin Battle Hard Once Again But Fall Short Of Wexford