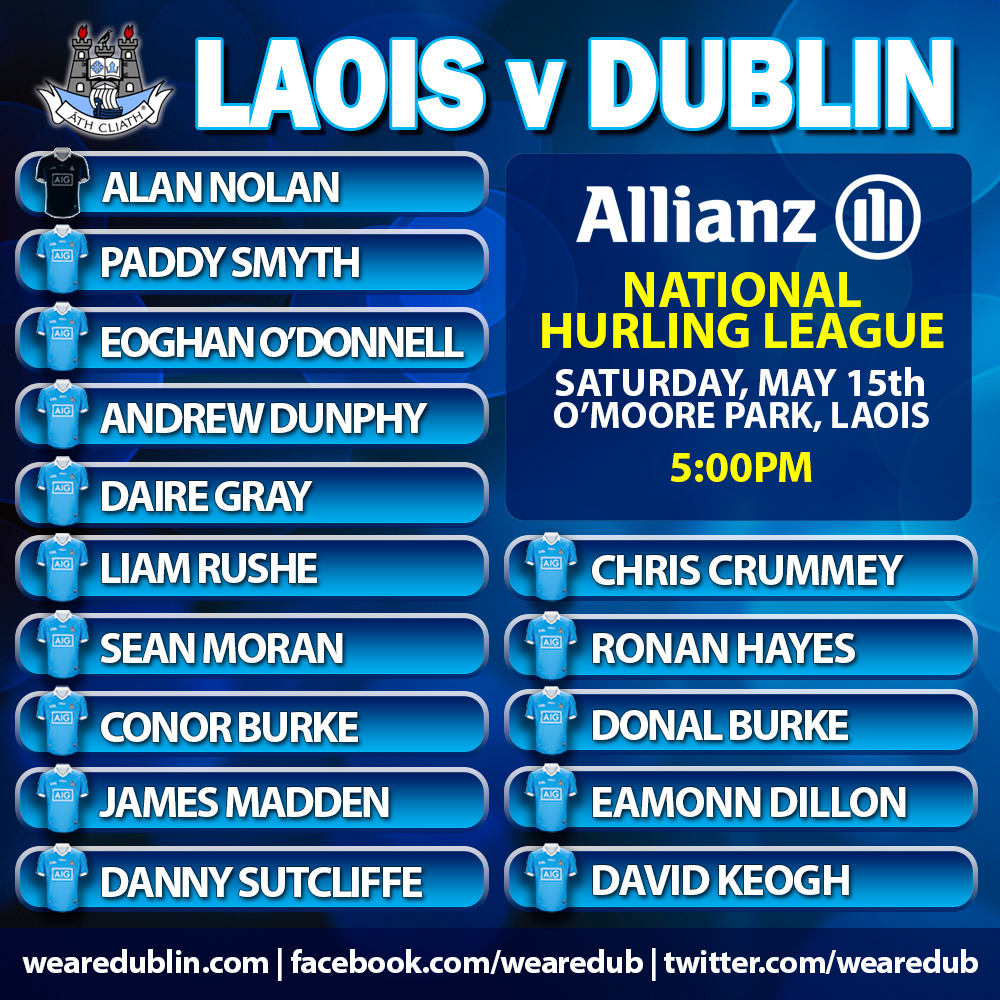 Last weekend’s opening clash in the National League for the Dublin Senior Hurlers would have been disappointing. The loss against Kilkenny came last as the boys in blue were in the game right up to the second half water break. A goal from Kilkenny combined with the loss of Lian Rushe to a second yellow card turned the fixture on it’s head as Kilkenny ran out winners.

And after Antrim upset Clare in their opener last weekend, it puts added pressure on Dublin to come away from this evening’s game with a win over Laois to keep their League campaign on course.

Dublin Hurling Manager Mattie Kenny has just announced his panel for this evening’s road trip to MW Hire O’Moore Park in Portlaoise. A ground that has broken the hearts of Dublin hurling fans in recent years. But Kenny has almost stuck to his guns naming the starting 15 with one change from last week’s team.

Goalkeeping stalwarth Alan Nolan replaces Sean Brennan between the sticks this evening. Andrew Dunphy was a late repalcement for Cian O’Callaghan before throw in last week, and keeps his place this weekend in an uncganged outfield 14.