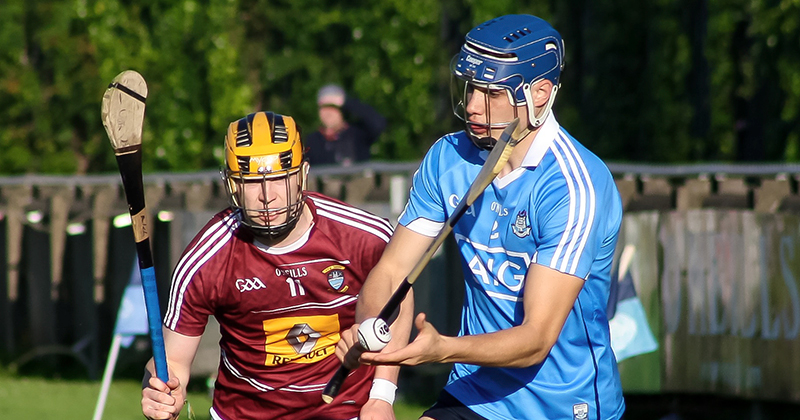 As the Dublin senior hurlers prepare to take on Waterford tonight in Croke Park, they’re still waiting on their form to settle with two games played in this year National Hurling League.

An opening day pounding from All Ireland Champions Tipperary, which left a very bad taste in the mouths of supporters and the media. A gap of 0-16 was the punishment dealt out by Tipp on a very wet and windy night.

But a week can change a lot of things in league terms and a trip to Pairc Ui Rinn for retribution was the tonic that Dublin needed. Beating Cork, and beating them well in their own back yard saw a massive and well needed mood change in the capitals ranks.

From both games though, a light was switched on and is still strongly shining. And fans old and new will be hoping to see that light again tonight.

On the opening night of the Allianz League, despite Tipperary schooling Dublin in Croke Park, Whitehall Colmcille’s Eoghan O’Donnell dominated Seamus Callanan for the entire game. A week later it was the same story with Alan Cadogan. O’Donnell was literally like a rash, on the ground, in the air, pretty much wherever Cadogan tried to run at Dublin.

But this intense raw talent has not just appeared overnight as was proved during Dublin’s season last year. And O’Donnell’s manager at U21 level Joe Fortune witnessed this intensity very early on in Eoghan’s career.

This week Fortune spoke to the Herald about the first time he witnessed the Whitehall stars impressive talent at a training session that former Senior Hurling Manager Anthony Daly had asked him to attend in 2014.

“That night he picked Keaney up and f***ed him on the ground.” Fortune recalled.

“Daly raved about him,” Fortune recalls. “But he was Leaving Cert.”

“I went home that night and sent him a message that said ‘Jesus, you were right about O’Donnell”.

At such a young age, Fortune admitted that Football was knocking on the door and it’s a good thing for Dublin Hurling that O’Donnell made the choice he made. And for the simple reason he was selected by the hurlers first.

Eoghan admits himself when he’s with his club he equally loves both hurling and football. But his time with the inter county hurling set up has seen this young man progress at an enormous rate.

“He’s worked an awful lot over the last 12 months on his striking.” Fortune added.

“Like Cian O’Callaghan, he’s a great man to win a ball, but nowadays it’s about what you do with it afterwards.”

“And he would hate to lose at anything, even in training matches.”

With Dublin currently contesting the league understaffed, it’s made O’Donnell step into a leadership role make him old beyond his years. And he’s proving to be very good at the job thrown on him.

“He’s a fella who has stepped up to be a leader at exactly the time that the team needed them.”