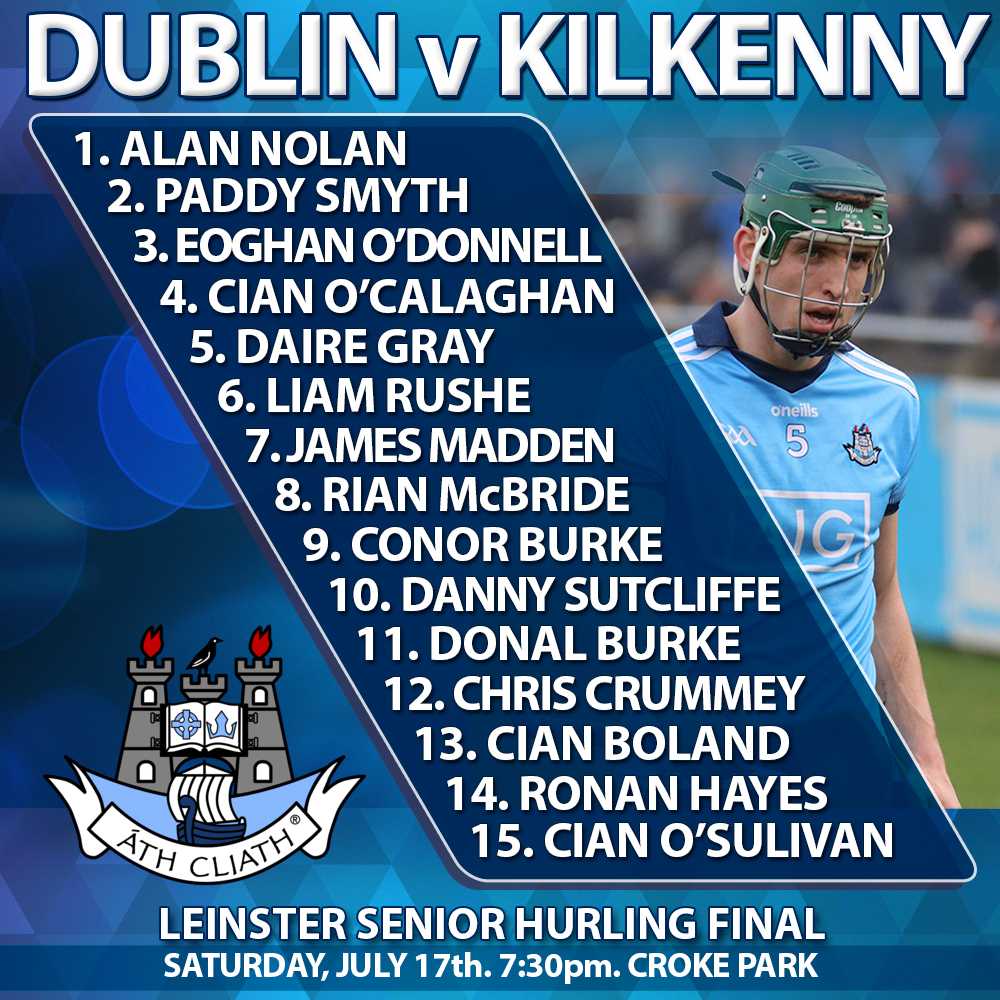 It’s a massive day tomorrow for Dublin Fans, as the Dublin Senior Hurlers head for GAA HQ to take on their biggest challenge yet. And possibly Mattie Kenny’s biggest challenge since taking over as manager. There have been a few management changes since Anthony Daly’s panel lifted the Leinster Crown back in 2013. He was also at the helm back in 2014 when Dublin appeared in their last provincial final. Their opponents that day were Kilkenny, and it’s the cats Dublin will have to beat tomorrow if they’re to capture another Leinster crown.

Earlier this evening Mattie Kenny named his starting 15 for tomorrow’s game. And after their impressive 1-18 to 1-14 win over Galway in the Leinster Semi Final, Kenny has decided to stick with that starting 15 for another run.

The Dubs have changed gear after this years Allianz National Hurling League. And since their championship opener against Antrim they’ve looked impressive. Their performance against Galway stunned many neutrals as Galway were expected to come away as comfortable winners. And if Dublin are to challenge Kilkenny, now seems to be the perfect time to do it.

2015 was the last time Dublin beat Kilkenny in a competitive fixture. Since then the sides have met in four league and four championship fixtures, Kilkenny winning all eight. But in a provincial final anyhting can happen.

Con Will Be Okay – Sean Moran

DUBLIN U17 HURLING TEAM NAMED FOR ALL IRELAND FINAL

RUSHE: IT IS A GOOD TEAM AND IT WILL BE STRONG...