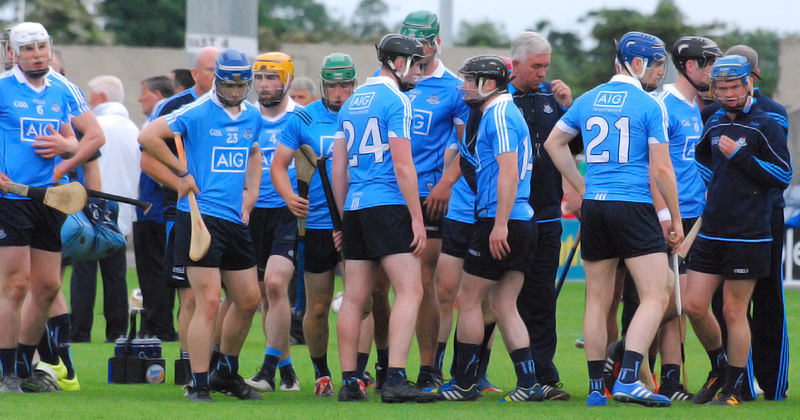 2017 will be a fresh new start for all panels in the GAA. Some probably more than others.

Last week Dublin Senior Hurling boss rang the changes to quite a mixed reaction. Some sections of the media and indeed fans have written Dublin off before a ball is even thrown in.

There are wide reports of complete disarray in the Dublin camp with some massive holes to be filled by players either surplus to requirements by their own decision or by the decision of Cunningham himself.

Big losses this year include former captain Johnny McCaffrey and the colossal full back Peter Kelly.

Shane Durkin and Paul Ryan have chosen to end their time with the panel, leaving only eight of the twenty players who won Leinster Championship glory in 2013.

Liam Rushe, by default, is now one of the older hands on the Dublin selection, and despite rumours of disarray is looking forward to the new year and a new set of challenges.

Speaking to RTÉ Sport this week he balanced the books in all the speculation.

“There are two ways you can look at it. You can look at it negatively, and people have said to me that we’re done and dusted already, but at the same time Clare came out of nowhere in 2013, Waterford 2014 no-one expected a thing – that’s two seriously young panels, and nobody knew about Austin Gleeson then.”

Rushe, a centre back and sometimes a forward, believes there is too much attention been given to the changes. He believes that this is a normal process and every winter is the same. Managers are expected to make a long range forecast for the year ahead.

With the strength and depth among Dublin’s U21 and Minor Hurling panels, it should come as no surprise that a bunch of younger names have taken a place on the Senior training panel. And while that might not taste so good for some people it’s basically how it is.

“The management didn’t envisage certain roles for certain players and maybe they weren’t happy with that” Rushe continued.

“Inter-county panels are their own little world. There are always going to be people who are not happy with not getting game time.”

“The amount of people who have told me that we’re finished before the year has even started I can’t believe it.”

This is a brand new look Dublin side that everyone hopes will develop in the coming year. It won’t be easy with many of the younger players having to find their feet as players in the Allianz Hurling League Elite. But if anything the energy and enthusiasm they exude will be exciting to watch.

“Sometimes it just takes a spark, a bit of luck and a little bit of a clean injury run.”

“It’s a new year and a seriously new panel with a lot of good, new additions, and I’m looking forward to working with them”.