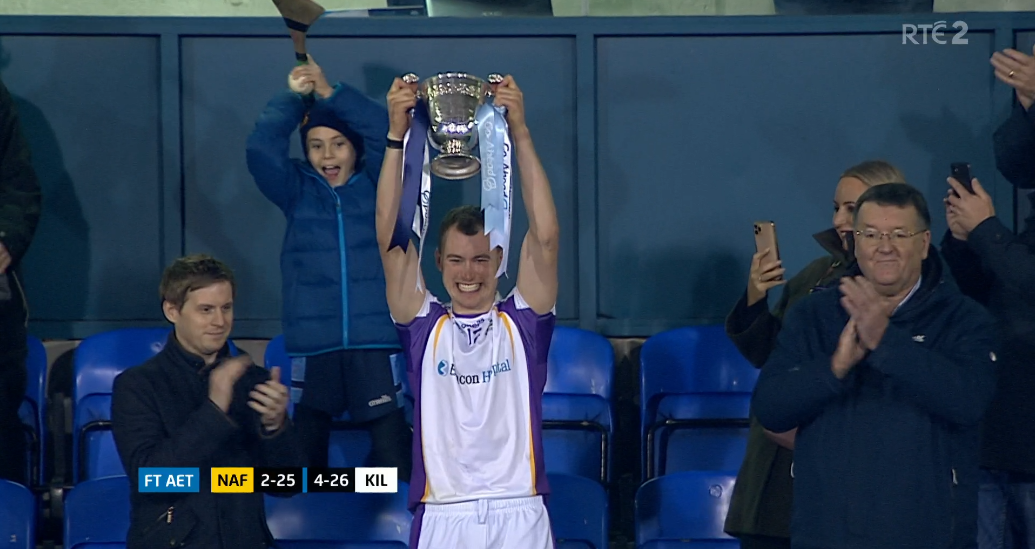 No one can deny that tonight’s Dublin Senior A Hurling Decider was anything but enthralling. And When we all thought that Na Fianna were going to make history and clinch their first ever Senior Hurling title, Kilmacud Crokes’ championship experience came to the fore as they forced the game to extra time and they bossed their way to a sixth county championship crown.

And it means that Crokes are still on target to capture the county Senior Hurling and Football Championship Double as the footballers do battle next week.

With 10 minutes of normal time on the clock, Crokes trailed Na Fianna by 2-23 to 1-17 and looked down and out. But the Stillorgan side dug deep and made the most amazing of comebacks including a goal blitz to deny Na Fianna their first Championship title.

Forcing the game to extra time, Crokes outscored their Mobhi Road opponents by 0-08 to 0-01 in the additional periods finishing comfortable winners.

Alex Considine and Donal Burke traded goals in the early going. And Na Fianna certainly dominated proceedings for the majority of the game. Burke, Sean Currie and Micheál Murphy aided their side to a 1-15 to 1-11 half time lead.

Paul O’Dea, Liam Rushe and AJ Murphy also found the range in the second half. And when Donal Burke found the net on 50 minutes it really looked like Na Fianna were home and dry. Particularly when Ronan Hayes missed from the penalty spot. But Hayes, Fergal Whitely and Oisin O’Rorke all rattled the net in an amazing finale.

Na Fianna will defintely feel they left an among opportunity behind them in Parnell Park this evening. Their only score after full time came from Kevin Burke, as Crokes pulled away. Their reward, their first Senior Hurling title since 2014.

CATCH THE BUS TO THIS WEEKENDS LEINSTER HURLING CHAMPIONSHIP FINAL