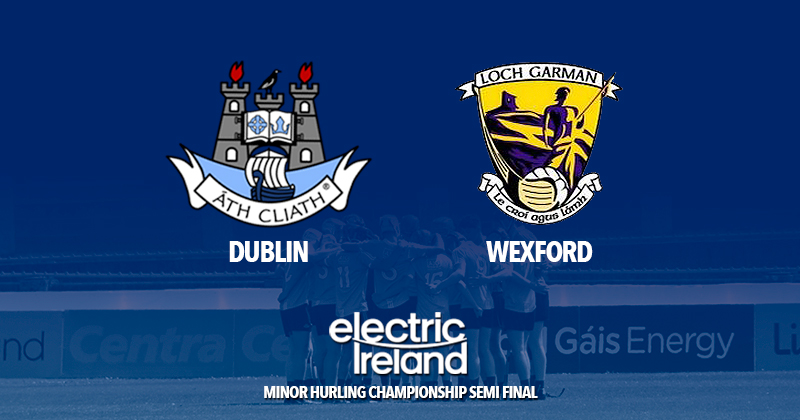 Nothing seperated Dublin’s Minor Hurlers and Wexford at the conclusion of the Tier 1 phase of this year’s Leinster Minor Hurling Championship. Back on may 11th the sides played out a 2-17 to 3-14 draw with Dublin advancing to the Semi Final, sending Wexford into the Quarter Finals.

Last weekend Wexford successfully saw off the challenge of Laois to book their slot in tomorrow last four game in Parnell Park.

In Bellefield, Dublin were on course to pick up the victory, leading Wexford by 0-09 as the game hit the final third of the second half. But the Slaneysiders mounted a huge comeback, scoring 2-03 without reply from the boys in blue.

Thankfully the draw though was still enough for Dublin to advance to the provincial semi-final.

For this tomorrow’s head to head, Adam Waddick and Finn O Mhurchu come into the Dublin half back line with Joe Flanagan forming a new midfield partnership with Colm Walsh.

In one positional switch Ryan Malone has been selected at left-half-forward having started the last game at wing-back.

Adam Waddick played in Dublin’s opening two group games against Kilkenny and Offaly while Joe Flanagan came on as a substitute against both Kilkenny and Wexford.

Mattie Kenny – We’ve to play our part in stopping the...