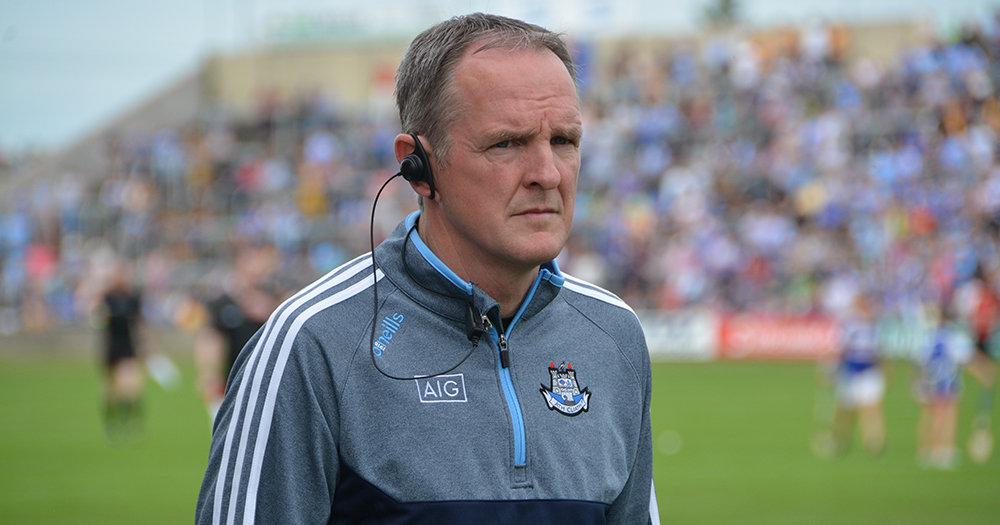 The Dublin County Board have confirmed that Mattie Kenny has issued a statement. And Kenny will not be seeking another term as Dublin Senior Hurling Manager.

In his statement Kenny writes…

“I have informed the Dublin County Board that I will not be seeking another term as senior hurling manager.”

“Managing the Dublin senior hurling team for the last four years has been a great privilege and honour for me.”

“We worked tirelessly in the effort to bring success to the county and our passionate band of Dublin supporters.”

“I would like to express my sincerest gratitude and thank the Dublin County Board, the management committee and great staff and stewards in Parnell Park for their unwavering support for me and my management team and players during our tenure.”

“I want to acknowledge and thank every member of my management team and backroom team for the massive contribution and commitment you have given to the preparation of the team during this period.”

“I would like to thank our loyal supporters and “The Friends of Dublin Hurling” for your massive support for the team, both in Parnell Park and at our away games all around the country.”

“Finally, a special thank you to a fantastic group of players. The respect and togetherness within our group made it a joy to work with you every day during my term as manager. And while we didn’t achieve the targets we set out for ourselves, I fully believe the success you deserve will arrive in the coming seasons.”

“Again, thanks and the best of luck to everyone involved with Dublin hurling.”

Kenny Picked Up Where Gilroy Left Off

Galway native Kenny succeeded Pat Gilroy’s short spell in the hotseat for the 2019 campaign. And in his first season Dublin emerged from Leinster only to come unstuck in a surprise defeat to Laois.

A year later Kilkenny ended their Leinster dreams. Cork put paid to them in the qualifiers. Last year, after leading them to a first provincial final in seven years, Kenny was rewarded with an extension to his original three-year term.

Under pressure to deliver in 2022, Dublin opened their Leinster campaign with three successive wins. But a heavy defat to Kilkenny derailed them. And the final round defeat to Galway meant they missed out on scoring difference, having finished on six points alongside Kilkenny and Wexford.

Kenny will be remembered for bringing a synergy and passion back to the Dublin hurlers. And He’ll be missed by the hurling supporters in the county.