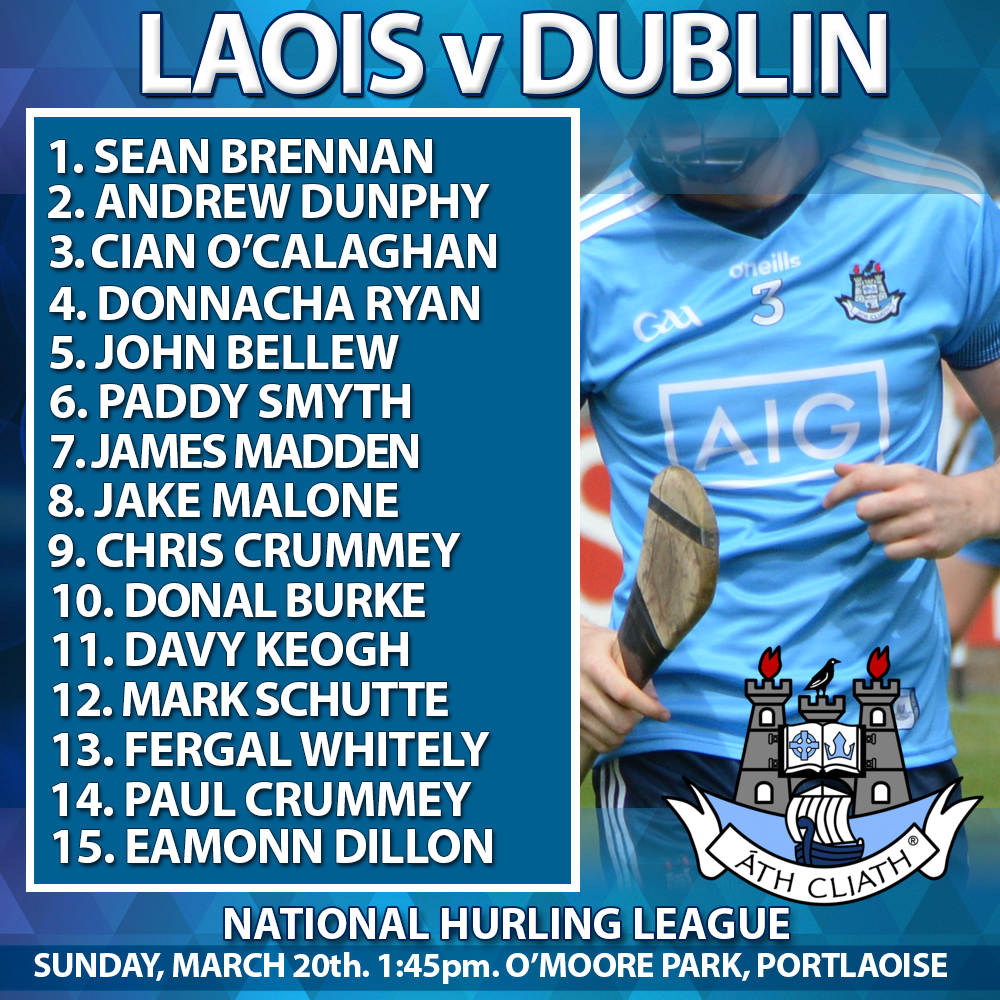 It’s the home stretch for Mattie Kenny and the Dublin Senior Hurlers as they head for Laois this Sunday. And they know their fate is in their own hands.

As it stands, Dublin sit third in the Group B table behind Waterford and Kilkenny who face each other on Sunday. Of course Dublin need to come away from Laois with a win, but they’ll be hoping Waterford finish with a win, but if Kilkenny are victorious it will leave Waterford and Dublin level on points. But with Waterford on a bigger score advantage it would see them go through, ending Dublin’s run. But the most important thing for Dublin is that win in O’Moore Park.

Mattie Kenny has made as many as seven changes to the hurling starting 15 that started against Kilkenny in the last round.

FLYNN ONE OF A NUMBER OF DUBLIN STARS EXPECTED TO RETURN...