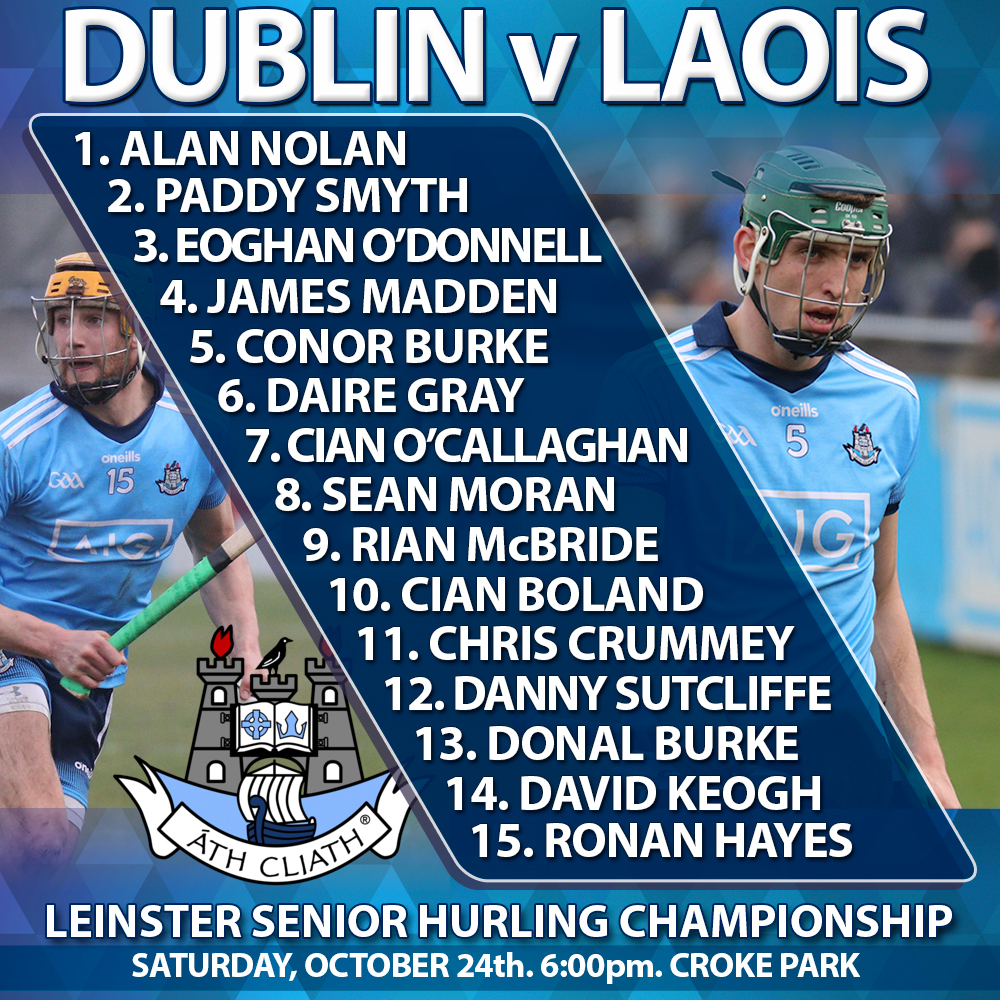 Finally, this evening the Leinster Hurling Championship gets underway for Mattie Kenny and his Dublin Senior Panel in the quiet confines of an empty Croke Park. It will certainly be a different offering to what we’re used to, but at least the action is happening considering the situation we’re currently in.

This clash has a very personal feel about it as Laois, who were last year’s Joe McDonagh Cup winners, were responsible for an end to Dublin’s All Ireland Championship after only one game. The sides met in O’Moore Park with the home side pressing Dublin from the throw in to finish 1-22 to 0-23 winners in a very intense and physical clash.

Mattie Kenny and his panel won’t want a repeat of that to extend their involvement in this year’s competition and beyond with the winners of tonight’s game facing Kilkenny in the provincial Semi Final on October 31st.

Tonight’s game will be broadcast on Sky Sports Mix, amking it available to all Sky and Virgin Media customers.